Who is Paige Butcher? Eddie Murphy's fiancee now has two kids with actor 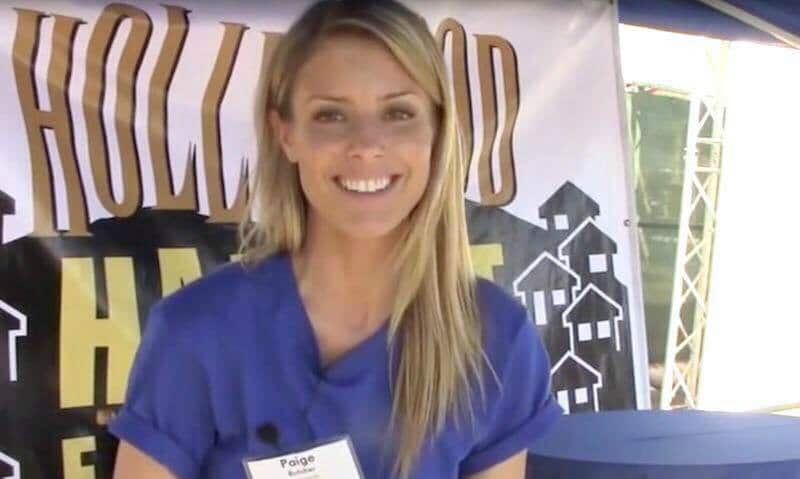 Eddie Murphy just became a dad again for the tenth time! He and fianceePaige Butcher welcomed their second child together, making ten kids for Eddie. But who is Paige and how long has she been dating the Hollywood icon?

As Monsters & Critics has previously reported, Paige is Eddie Murphy’s fifth baby mama. He already has eight other children with four other women, Paulette McNeely, Tamara Hood, Niki Murphy and Mel B from the Spice Girls.

Paige, whose full name is Jacinta Paige Butcher, welcomed her second child at 39 years old. She is an Australian model and actress who had roles in Something’s Gotta Give and Big Momma’s House 2.

She has been romantically linked to Eddie Murphy since 2012, which means the couple has spent upwards of six years together. Considering how long she’s been in a relationship with Murphy, it’s surprising how little is known publicly about Paige Butcher.

One thing we do know is that she is committed to community service. As seen in this Habitat for Humanity video from five years ago, the big-hearted star is more than happy to give back, helping to build homes for those who are in need.

She explains in the video that she loves giving back to the community through Habitat for Humanity. Their work speaks to her because Paige believes that everyone deserves to have a safe and stable roof over their head.

Paige comes from a family entrenched in the fashion industry, so it was only fitting that she got her famous start by modeling. Paige’s mother was a fashion designer and her father, Robert Butcher, was a model too.

Paige Butcher was discovered at age 14 and that began a career of modeling that sent her to the United States. In 1994, Paige won the Cover Girl Cosmetics Supermodel Search and was awarded a modeling contract with IMG.

She has since been featured in many magazines and is was a Maxim magazine cover girl. She also featured in Maxim the Real Swimsuit DVD Vol. 2 in 2005.

In the years since Paige Butcher and Eddie Murphy have been a couple, she’s kept a low profile. Even Paige’s father declined to comment on the romance back when the tabloids referred to her as Eddie’s “mystery blonde” and even said in 2012 that Paige’s relationship with Eddie is private.