Home » Who Is Barbara Walters’ Daughter?

Who Is Barbara Walters’ Daughter? 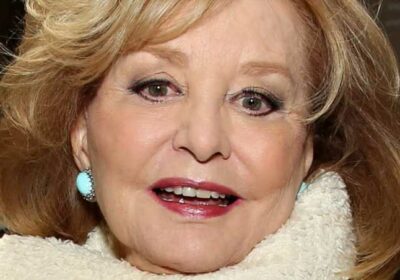 Award-winning journalist Barbara Walters once told Piers Morgan that her biggest regret in life was not having more children. “I regret not having more children. I would have loved to have had a bigger family … I have one daughter. I don’t have brothers and sisters,” she confessed. The television icon also spoke candidly to ABC News about the guilt she carried for not spending more time with her daughter, Jacqueline Danforth.

Walters and her first husband, Lee Guber, adopted a baby girl after several miscarriages, per ABC News. While most would probably think that Danforth hit the jackpot landing Walters as her mother, it turns out that the celebrity daughter preferred a much more private life. “Jackie has found it difficult, all her life, because she wants to be anonymous, she just doesn’t like to be a celebrity,” Walters told ABC News. “She may be the only one in the world who doesn’t like to be a celebrity.”

So, who is Walters’ mysterious camera shy daughter? Keep reading after the jump to find out what you need to know about Jacqueline Danforth.

Mother-daughter relationships can be rife with many complicated layers and Barbara Walters and Jacqueline Danforth are no exception to that rule. During an exclusive sit-down interview with NBC News, both Walters and her adopted daughter Danforth spoke candidly about their often times estranged relationship, mostly due to a rebellious phase Danforth experienced as a young teenager that later carried into adulthood. “I was a runaway,” Danforth confessed. “I loved to run. I thought running would solve all my problems.”

However, after years of substance abuse and rebelliousness the prodigal daughter saw the light and started to get her life in order. During that time, she even founded a wilderness program with a mission to help troubled teens.

It seems old habits die hard and in May 2013, Jacqueline Danforth once again found herself in trouble. Per E! News, Barbara Walters’ daughter was arrested in Naples, Fla. on DUI charges. According to a police report, Danforth was driving erratically before she was pulled over. While she refused a field sobriety test, she was later given a breathalyzer and it was proven that she was operating the vehicle with a .218 blood alcohol level.