Home » TV & Movies » Who could be Captain America next in the MCU?

Who could be Captain America next in the MCU?

When Captain America originally leapt onto our screens as the First Avenger, it felt like the Super Soldier would live on forever (even though he kind of died at one point in the first film). However, it now seems likely that Steve Rogers will hang up his shield sooner than fans might like, even though he survived the devastating events of Avengers: Infinity War.

It wasn’t so long ago that Chris Evans seemingly said goodbye to the role, revealing that his final contractual obligations had been completed in an emotional tweet that left fans reeling.

A lot of distraught fans assumed that this meant Cap will die in Avengers 4, but Evans was quick to point out that regardless of how the film ends, he “would have tweeted the exact same thing” anyway.

Even if Marvel does offer to renew his contract and Evans actually accepts, he still won’t play Captain America forever. While Steve Rogers continued to fight for justice in the comics after he aged into an old man (and eventually back again), real-life Evans can only go on in this role for so long. 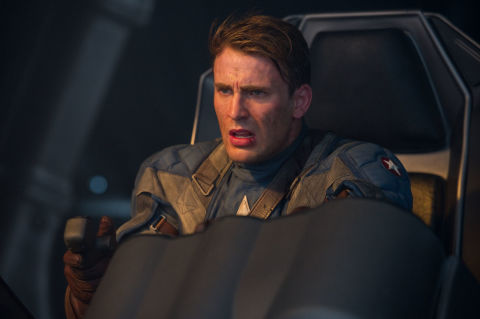 Co-star Frank Grillo addressed this depressing reality recently in an interview with Larry King where he pointed out that Evans and the other Avengers “are all getting a bit old”. Ouch.

On a more positive note, the Crossbones actor also raised an interesting point about the future of Captain America, hinting that Marvel is hoping to diversify more with its casting choices in the future: “There have been rumours that Captain America could be African-American. It could be a woman. You know?” he said. “So they’re looking.”

If this is true, then it looks like Sebastian Stan’s Bucky/Winter Soldier – a long-time favourite – might not be the obvious choice to succeed Evans in the role after all, despite fans assuming otherwise. 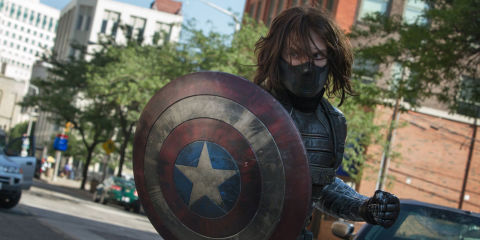 In the comics, Cap’s former sidekick took on his mantle after everyone thought Rogers had been assassinated, but if Marvel is committed to diversifying the role, then Stan could be out of the running now. Further evidence for this can be found in the post-credits sequence that followed Black Panther, which already suggested that he might ditch the Winter Soldier moniker in favour of ‘White Wolf’ anyway. How many aliases does one character need?

If Marvel really does plan to continue in the vein of Black Panther and diversify in the future, then the most obvious choice to inherit the role of Cap is Sam Wilson, otherwise known as The Falcon (Anthony Mackie).

Not only has Wilson fought as Captain America in the comics, but his silver-screen counterpart is also perfectly equipped to tackle the role thanks to his extensive military training and prior experience as a superhero. 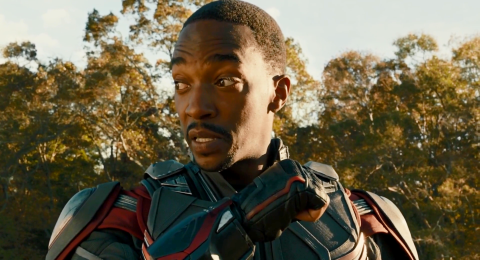 It’s about time that Mackie was given the chance to flesh out his role in the MCU further and transforming his character into Captain America would send out an incredible message.

However, it’s also worth bearing in mind that Steve Rogers could be replaced by a woman on screen too, something which has also happened in the comics before. If current members of the MCU are up to the task, there’s a slim chance that Scarlett Johansson’s Black Widow could be in the running, although she also has her own solo movie coming out soon.

Another option could be Agent 13, AKA Sharon Carter (Emily VanCamp). Although she didn’t appear in Avengers: Infinity War, it would be rather fitting to see Peggy Carter’s great-niece take over as the new Super Soldier and her SHIELD training would certainly help here too – although we’re not sure VanCamp is popular enough in the MCU to make that jump. 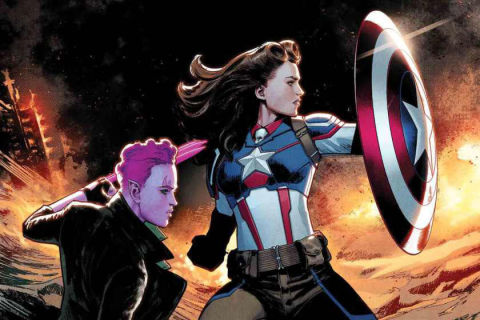 Earlier this year, Peggy herself was also portrayed as Captain America in an alternate reality which was explored in the Exiles comics, but it’s doubtful that Hayley Atwell would return in this capacity given how her character died in Captain America: Civil War.

Given that time travel is rumoured to play a huge role in Avengers 4, there’s also a chance that the new Captain America could hail from the future, which would also tie in perfectly with the legacy of the Marvel Netflix shows too.

Jessica Jones and Luke Cage aren’t together on the small screen right now, but their comic-book counterparts have already given birth to a daughter called Danielle Cage who grows up to inherit the title of Captain America in one timeline. Adapting this storyline in the MCU would be a challenge, but it’s still possible given that there’s precedence for this in the comics. 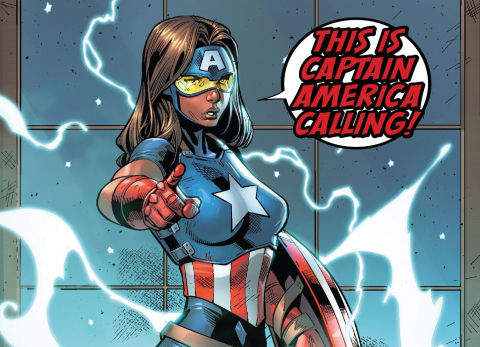 With almost 80 years of source material to draw from, Marvel Studios has a huge range of options to consider for the future of Captain America, assuming of course that it even decides to follow the comics at all. After all, Kevin Feige doesn’t always lift directly from the source material for the cinematic universe that he and his team have created.

Perhaps Marvel could draw inspiration instead from its nearest rivals, DC, who have begun to set in motion the idea of two actors tackling the same character at once. At the end of the day though, it’s extremely unlikely that Marvel would ever emulate what Warner Bros is doing with The Joker by establishing multiple movie versions of the character at the same time. While Batman’s arch nemesis has already been played by numerous stars before, Captain America is one of Marvel’s key properties and diluting his brand (and introducing alternate non-MCU realities) wouldn’t make any sense.

As much as it pains us to admit this, it would be far better for Evans to go out on a high following the potentially tragic events of Avengers 4, leading the way for a brand new Captain America who represents audience members who are so rarely given the chance to be heroes within the Hollywood system.

Besides, Chris Evans already has his hands full being a golden retriever anyway.