When Will 'Saturday Night Live' Return for Season 47? 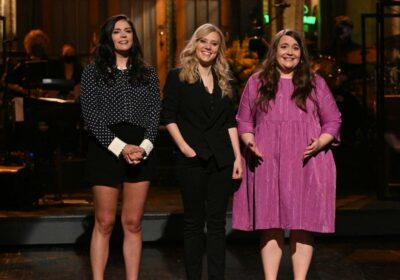 For decades, Saturday Night Live has entertained audiences with various sketches — many of which are parodies of people, movies, shows, and events. The most popular skits include “Star Wars Undercover Boss: Starkiller Base” and “Black Jeopardy with Tom Hanks.” Ever since season 46 of Saturday Night Live concluded in May 2021, fans have wondered when season 47 will kick off with new episodes. Let’s take a closer look and when fans can expect to see more of Kate McKinnon, Kenan Thompson, Bowen Yang, and the rest of the gang at long last.

One of the highlights of season 46 of SNL included the presidential debate skit between Joe Biden and Donald Trump. Baldwin returned to play Trump once again, and Carrey portrayed Biden. Maya Rudolph impersonated Kamala Harris in the season opener. Viewers had mixed reactions, especially since the segment came soon after the presidential debate. Throughout the season, the actors played these politicians multiple times.

There were many other memorable moments that came from season 46 of Saturday Night Live. Jimmy Fallon made an appearance in a “Tiny Horse” sketch. Toward the end, rapper Lil Nas X was also on the show to perform a couple of his songs. What made Lil Nas X’s portion memorable was the fact that he accidentally split his pants on stage. He was wearing tight leather pants at the time. The singer made a surprised face before continuing his song while covering the tear. The show also had several tributes to well-known figures who died, as well.

Despite criticism involving the presidential decades, Saturday Night Live continues to have a strong staying power. As the show’s summer break is nearing its end, fans want to know when season 47 will premiere. Unfortunately, viewers might have to wait a couple of more months for more comedy sketches.

The exact date is still not known, but people have strong guesses about when the show will return. According to Screen Rant, season 47 may debut in September 2021. The series often returns in September each year — however, as mentioned before, season 46 arrived on the first Saturday of October 2020. So fans could end up waiting until then for more episodes. The most likely premiere dates for season 47 are Sept. 25, 2021, and Oct. 2, 2021. As the days inch closer to the fall, fans will likely know more about what to expect from the coming season.

If any of the rumors are true, then fans may have to say goodbye to some cast members as everyone prepares for a new season. Some people suspect that Bryant, McKinnon, and Strong could be leaving based on their demeanors in the season 46 cold open. However, it is only speculation at this point.

There are also rumors that Jost, Thompson, and Davidson could be leaving the show. Fans have noticed how Davidson has a limited role in the show, and he has gone to film for movies. The actor once mentioned in an interview how he disliked being the butt of jokes. He admitted how he sees himself leaving the show one day. While it is not confirmation of his departure, it likely fed into some fan theories.

As of right now, none of the cast members are leaving officially. Not to mention, new ones have not gotten hired yet. So here is still a possibility for both additions and departures of some of the current stars. More information about the cast will come out in the fall.