Home » When Is the Finale of 'RuPaul's Drag Race' Season 13?

When Is the Finale of 'RuPaul's Drag Race' Season 13? 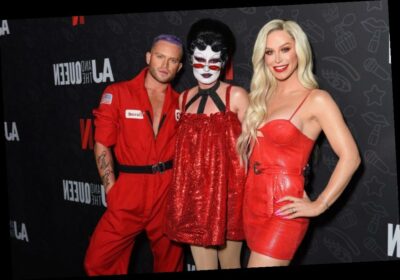 Even a pandemic can’t keep a good drag queen down. Season 13 of this reality competition had plenty of iconic looks, reads, and even a gag-worthy premiere.

When is the “grand finale” of RuPaul’s Drag Race season 13? Here’s what we know about this series.

Start your engines, RuPaul’s Drag Race fans. Despite the coronavirus (COVID-19) pandemic, RuPaul released season 13 of his reality competition series, complete with a new set of queens ready to snatch the title of “America’s Next Drag Superstar.”

“This year was really intense, mentally, for all of us,” Denali said during an interview with ET Online. “Obviously, having to do Drag Race through a global pandemic was really mentally difficult and taxing. What surprised me is, honestly, what I could mentally handle.”

“I was just going off adrenaline,” she continued. “After the whole thing happened, I was like, ‘Wow, I really did all of that.’ I’m very proud of all of us for handling it mentally because it was a really, really difficult season to film.”

When is the finale of ‘RuPaul’s Drag Race’ season 13?

Soon, fans will discover which contestant will become “America’s Next Drag Superstar.” According to Episodate, the “reunion” episode for season 13 will premiere on VH1 on Apr. 16, 2021. The “Grand Finale” of this season will premiere a week later, on Apr. 23, 2021.

Of the drag queens competing this season, only four made it to the finals. That’s Gottmik, Olivia Lux, Rosé, and Symone. Presumably, this finale will look somewhat different from years past, as they cannot film in front of a live audience.

Last year, the contestants reunited virtually to discuss season 12 and crown their winner. After the three finalists lipsynced from home, Jaida Essense Hall was named champion. She even made a cameo in season 13, offering advice to the contestants.

Who is left in the ‘RuPaul’s Drag Race’ season 13 competition?

After several weeks of competition and even a documentary-style COVID special, there are only a few contestants who still remain in the competition. That includes New York City’s Rosé and Olivia Lux, as well as Symone and Gottmik.

Following the finale of RuPaul’s Drag Race season 13, fans expect episodes of the spinoff series, All-Stars 6. More information on that series, and the new ways to watch it, will presumably be announced in the coming weeks.