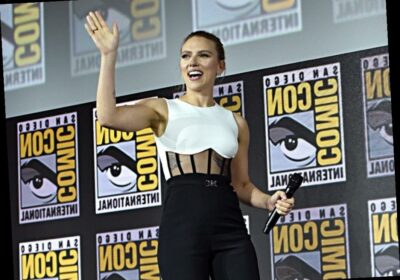 Another day, another announcement regarding delays in the entertainment industry due to COVID-19. The long-awaited Marvel Cinematic Universe entry Black Widow has yet again been pushed back. But this time, there’s a twist. Here’s when Black Widow premieres on Disney+.

Though Scarlett Johansson’s character Natasha Romanoff has been part of the MCU for many years, she never got her own movie. It upset some fans that Brie Larson headlined the first female solo film for the Disney-owned company with Captain Marvel. And after Natasha died in Avengers: Endgame, it looked like her time would never come.

But Marvel amended that. At San Diego Comic-Con in July 2019, Kevin Feige announced that Black Widow was the next MCU film headed to the big screen. Taking place before Natasha’s death, the movie introduces new characters like Florence Pugh’s Yelena, another Black Widow from the characters’ past.

The film was delayed because of COVID-19

For months, Marvel focused its promotion on Black Widow, which promised to kick start the MCU’s Phase 4. The movie finished filming, Johansson, Pugh, and their co-stars began to do press as trailers debuted. But its May 2020 premiere date was pushed back due to the coronavirus (COVID-19) pandemic.

Disney and Marvel did the same as many other studios at the time: Delay the film by just a few months. However, the pandemic raged on, especially in the U.S. So they delayed Black Widow again, and then again. But they assured fans a theatrical release was still in the cards.

‘Black Widow’ will premiere on Disney+ and in theaters

Marvel made good on that promise — albeit with a slight caveat. The pandemic is under control in some countries, and the U.S. is improving day-by-day. But even as movie theaters open back up, not everyone is ready to head back to them. So Black Widow receives a dual release.

According to a Disney+ press release, Black Widow will premiere on the streaming service on Friday, July 9, 2021. That same day, it will also debut in theaters. To watch on Disney+, viewers will need not only a membership but will be charged an extra $29.99 Premier Access fee.

What does this mean for the rest of Marvel’s slate?

Black Widow is far from the only Marvel film shuffled around. Several others with set release dates have been pushed back due to filming delays from the pandemic and/or to preserve the MCU’s continuity. As Disney doesn’t like its movies to compete, this has caused plenty of confusion.

However, only one other MCU film was affected by this latest shift. Black Widow moved from May to July, taking the spot previously held by Shang-Chi and the Legend of the Ten Rings. That film now debuts September 3, 2021. Following it will be The Eternals in November and Spider-Man: No Way Home in December.