Home » TV & Movies » What to Watch This Weekend: Our Top Binge Picks for April 4-5

What to Watch This Weekend: Our Top Binge Picks for April 4-5 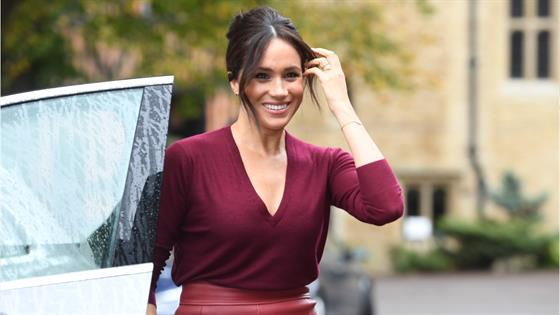 Hey all you cool cats and kittens…

Oh wait, Tiger King was last week, right? Who are we kidding, everyone is still obsessed with Netflix’s docuseries and the epic feud between Joe Exotic and Carole Baskin and has likely already re-watched the seven-episode series as they continue to social distance at home.

While we want to support you in any viewing decisions you should make, we do want to offer up some fresh meat (pun fully intended) for you to check out this weekend, April 4-5. Don’t worry, Joe Exotic will still be there to provide entertainment.

From a new-ish Bravo reality show we can’t get enough of to our new visual version of chicken noodle soup to a stay at the Rose Motel to adequately prepare for the series finale of one of TV’s most beloved comedies, here’s everything you should be streaming and watching while continuing to make an indent in the shape of your body on your couch…

If You Are Obsessed With All Things Harry and Meghan: She’s ba-aaack! Well, sort of. OK, not really. But the Duchess of Sussex is the new voice of Disney in their new animal documentary Elephant, which debuted on April 3, just days after Harry and Meghan officially signed off from their duties as senior members of the Royal Family.

Elephant tells the story of Shani, an African elephant, and her son Jomo as they migrate across the Kalahari Desert with their herd, led by matriarch Gaia.

If that doesn’t already sound heartwarming enough, in support of the project and its narrator, Disneynature is donating to Elephants Without Borders, a charity organization dedicated to elephants in Botswana that has been a passion project for Meghan for years. (Where to Watch: Disney Plus) 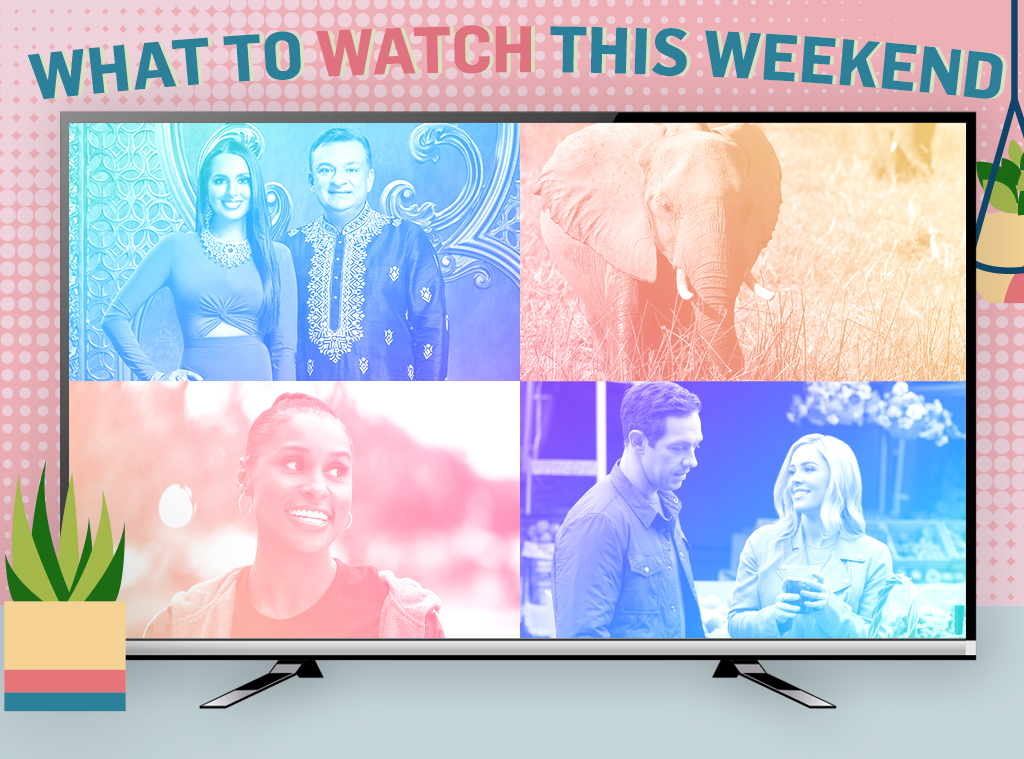 If You Are in Need of a New Bravo Bunch to Obsess Over: Listen, it’s not like we are exactly lacking in the reality shows we watch department, but Bravo’s Family Karma has quickly become one of our most enjoyable viewing experiences this year.

Unlike some of its network siblings, Family Karma, which centers on several wealthy Indian families in Miami, has arrived fully formed in season one, with not a boring character or storyline in the bunch. With hilariously overbearing parental figures, an exciting will-they-or-won’t-they pairing (We are shipping Brian and Monica with more intensity than how we scrub our hands after getting the mail) and a refreshingly modern and multi-generational take on Indian culture, catch up now and thank us later.

Also, the cast is insanely hot. It must me said. (Where to Watch: Right Here)

If You Are Looking For Something Light and Fluffy That Isn’t Your Pillow But Will Soothe You Just as Much: OK, so it was either the third glass of wine or the cute chemistry between Bethany Joy Lenz and Brett Dalton, but Hallmark Channel’s original movie Just My Type was the highlight of our weekend last week, so we are going to test it out again this Saturday with–wait for it–You’re Bacon Me Crazy. We have no choice but to watch with a title like that.

Starring Michael Rady and Natalie Hall, it’s about rival food truck owners who fall in love…and probably bacon. Bonus: Just My Type is re-airing right before it, so grab a bottle of wine and settle in for two back-to-back cheesy romantic movies. (Where to Watch: Hallmark) 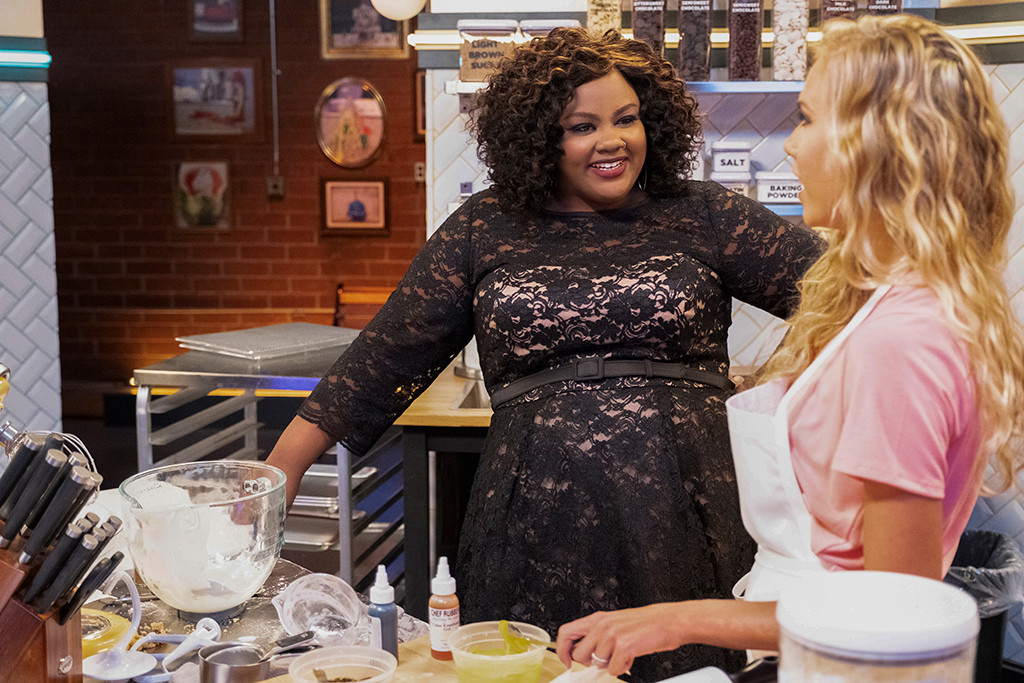 If You Need a Break From Your Oven But Still Want to Indulge Your New Obsession With Baking: The new season of Nailed It! and its hilarious host Nicole Byer are here for you. You’re welcome. (Where to Watch: Netflix)

If You Still Need a Cookie Fix After That: Why not enjoy a buddy-comedy starring Empire‘s Taraji P. Henson and The Office‘s Ed Helms, a pairing we never knew we so desperately needed before watching Coffee & Kareem? (Where to Watch: Netflix) 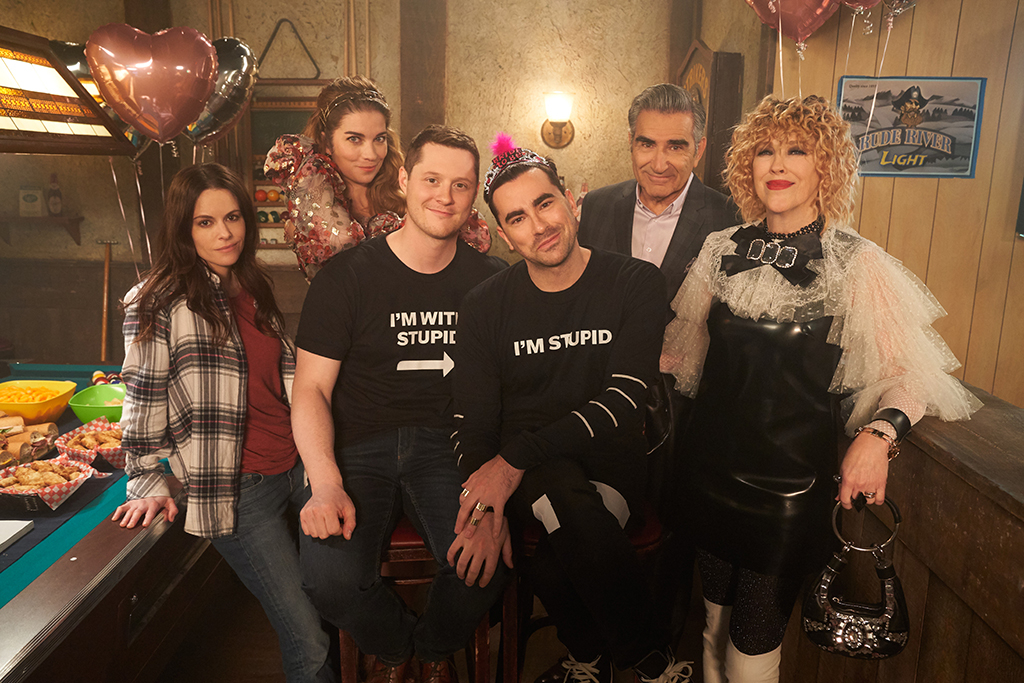 If You Need to Laugh to Keep From Crying Pt. 2 and You Want to Be Part of Next Week’s Biggest Pop Culture Event: After a truly glorious, heartfelt, hilarious and inspired six-season run, Schitt’s Creek is coming to an end on April 7. While we’ve been in denial, we just have to accept that we are saying goodbye to one of the shows that been there to comfort us through so many hard times. It’s made us laugh. It’s made us cry. It’s made us Annie Murphy stans.

So what better way to say goodbye to the Rose family than by binging the short-but-ridiculously-sweet seasons to fully prepare for the series finale and one last “Ew, David!”? We’re already crying. (Where to Watch: Netflix and on Demand)

(E! is part of the NBCUniversal family)