WITH a love triangle, an affair and doomed romances – who could have predicted Love Actually would become such an iconic Christmas film?

But the festive flick unites Brits around the country and millions of us gather around our TV screens to watch it every year. 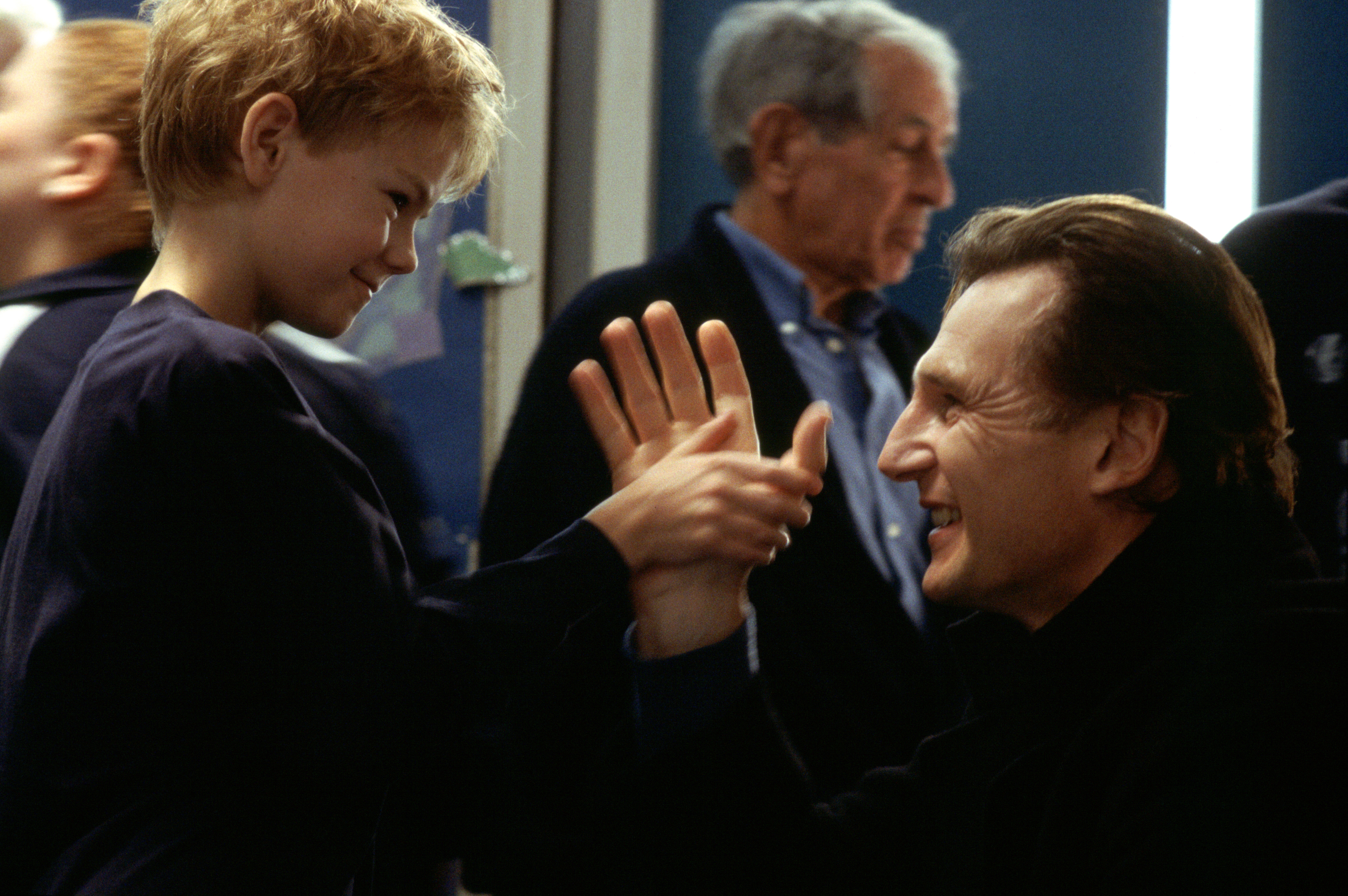 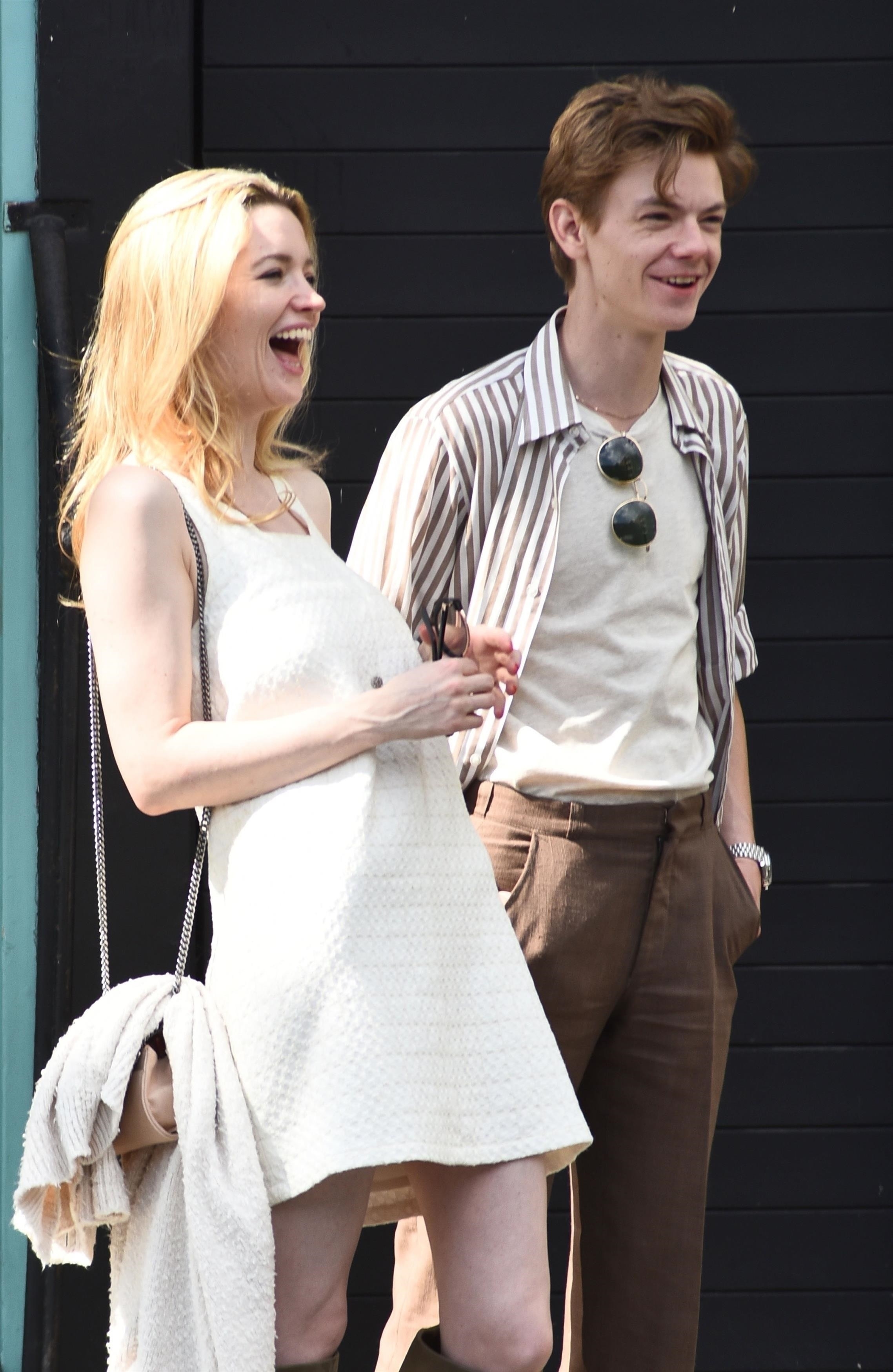 It's been 18 years since Love Actually was released and many have eagerly followed the careers of the actors who starred in it.

They include Thomas Brodie-Sangster – the child star who at 13 years old played lovestruck drummer boy Sam.

Fans were shocked when it was revealed that he's now 31 and reportedly dating Elon Musk's ex-wife, whom he divorced twice, Talulah Riley.

The pair co-star in Danny Boyle's upcoming Sex Pistols drama Pistol, where he plays popstar Malcolm McLaren and she takes on Vivienne Westwood.

Since Love Actually came out in 2003, Thomas has starred in everything from the Maze Runner series to Game Of Thrones and The Queen's Gambit – but what happened to his co-stars?

Here, we look at the fates of those behind one of Britain's all-time favourite Christmas flicks. 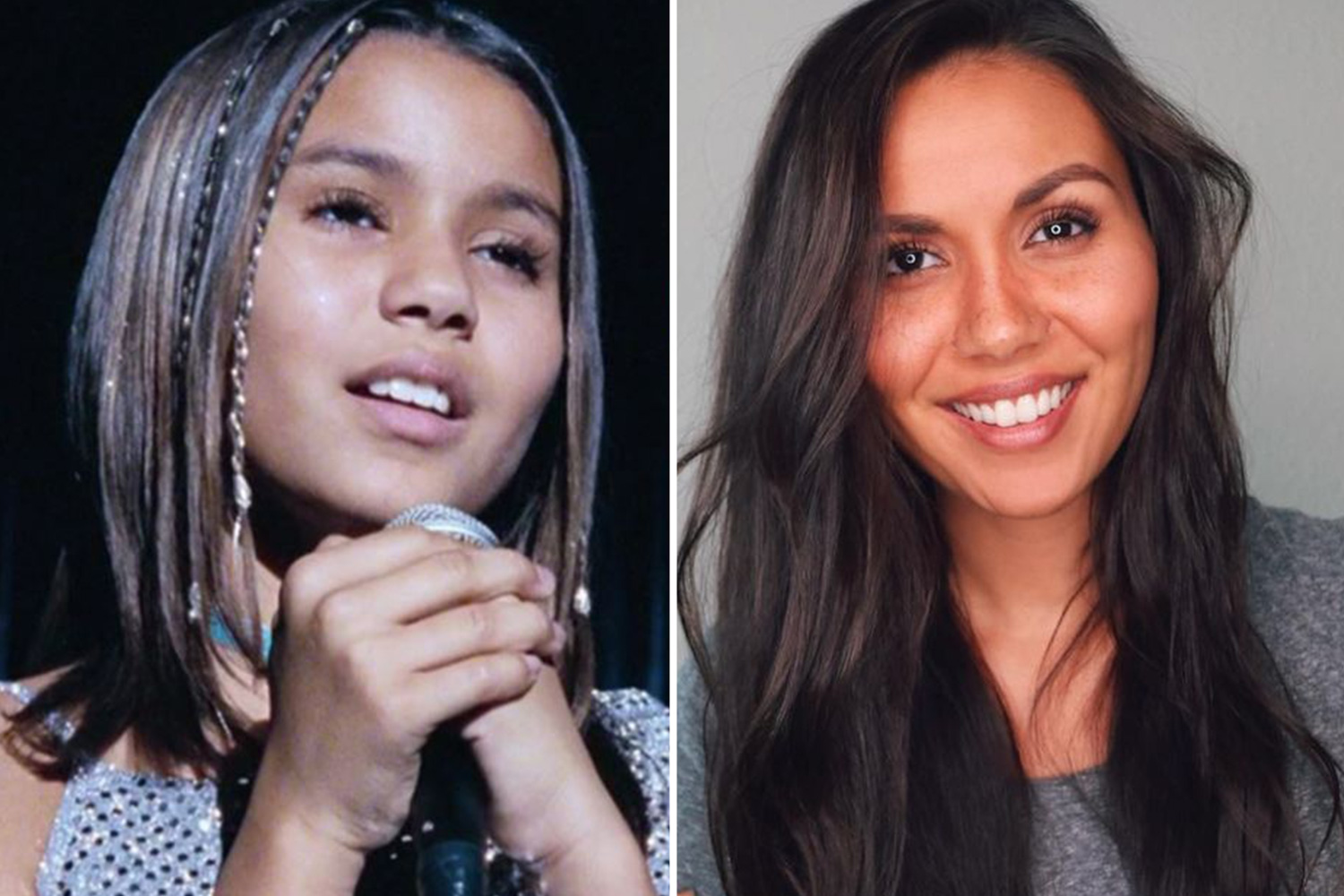 Olivia stole the show when she sang Mariah Carey's All I Want for Christmas is You at just 11 years old.

Now the American actress is 29, living in LA, and you may have followed her on The X Factor: Celebrity, where she ended up coming 12th in 2019.

Olivia has also been part of the cast behind the animated series Adventure Time on Cartoon network, where she voices Marceline the Vampire Queen.

She has also worked on Disney's Phineas and Ferb, where she voices Vanessa Doofenshmirtz. 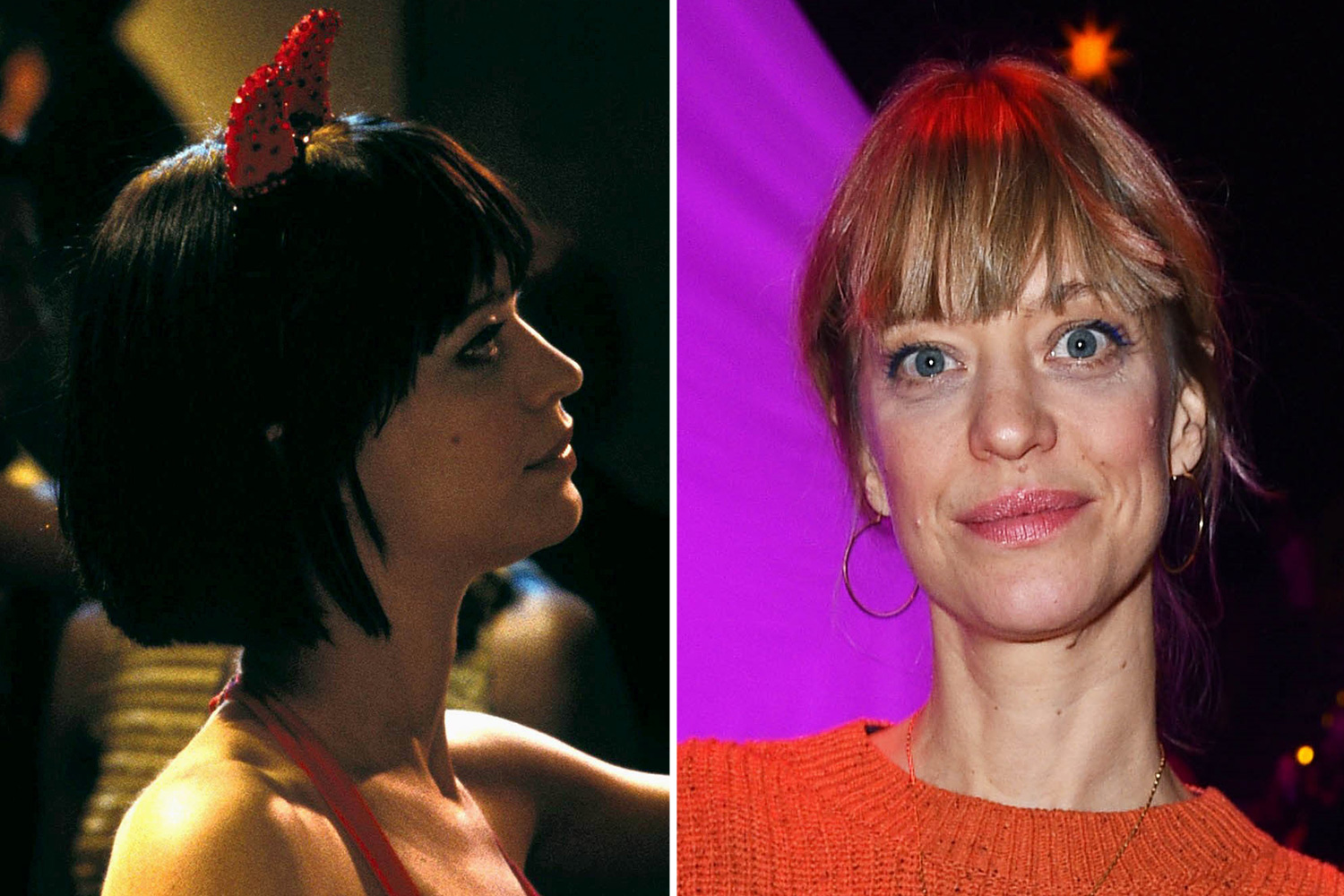 German actress Heike Makatsch became one of the biggest villains of Christmas when her character Mia flirted with her married boss, Harry, played by the late Alan Rickman, in the movie.

One of the most emotional scenes saw Harry buy Mia a gold necklace, which his wife, Karen, played by Emma Thompson, thought was for her.

After flirty Mia, Heike played Leisel's mother in the movie version of The Book Thief in 2013.

Heike, 50, has had a string of high-profile romances. She previously dated James Bond star Daniel Craig and was married to actor Max Martin Schröder for 10 years.

She's in a relationship with actor Trystan Pütter and lives in Berlin. 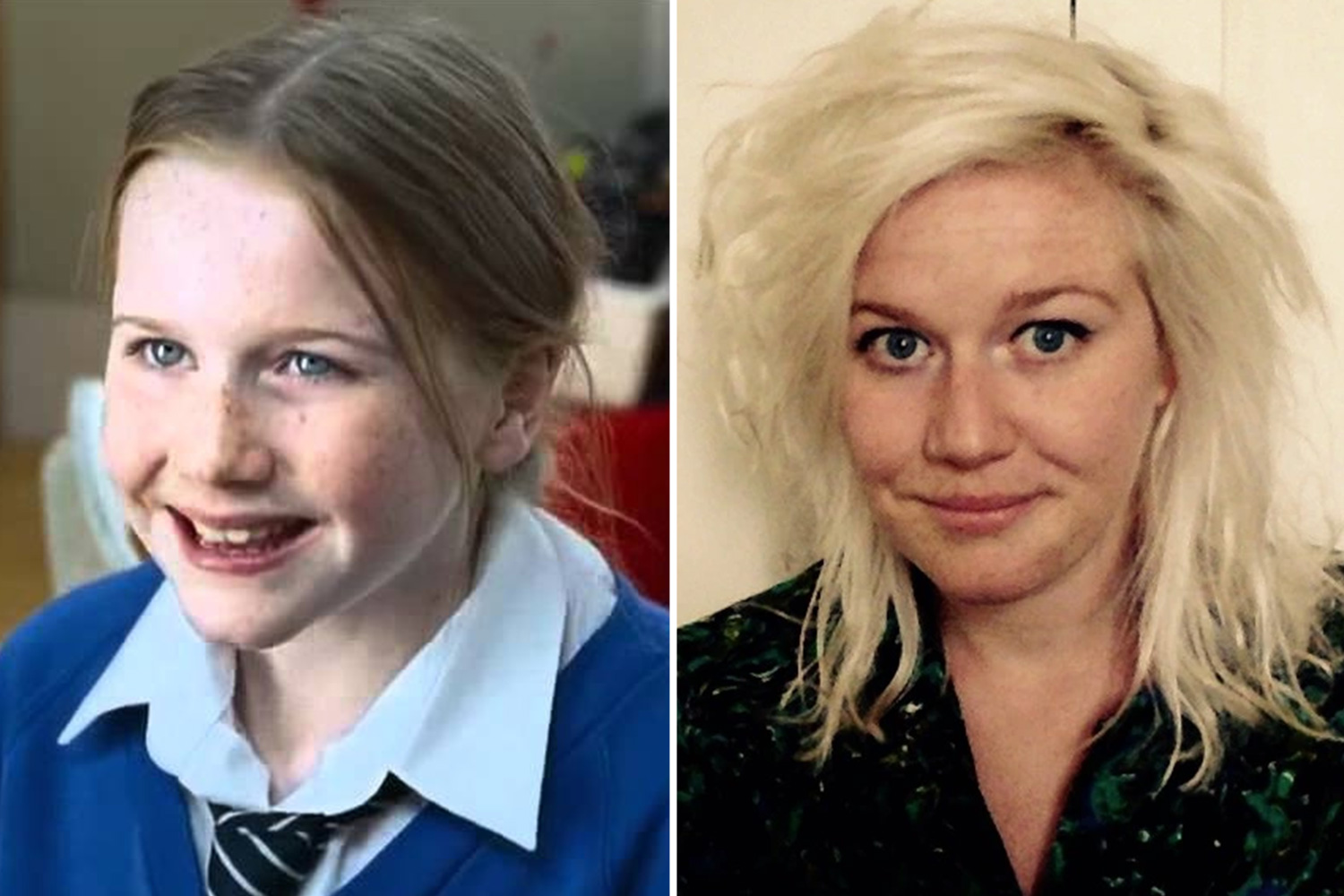 Lulu played Emma Thompson's daughter in Love Actually and famously dressed up as a lobster for her school nativity.

She was 12 years old when she appeared in the beloved Christmas flick but in recent years branded it "cheesy and sexist".

Speaking on the Almost Famous podcast, Lulu said: "I think it's a s**t film. I think it's aged badly. All the women in it are sort of passive objects."

The 30-year-old, who's now a comedian, was described as unrecognisable by fans of the 2003 film. 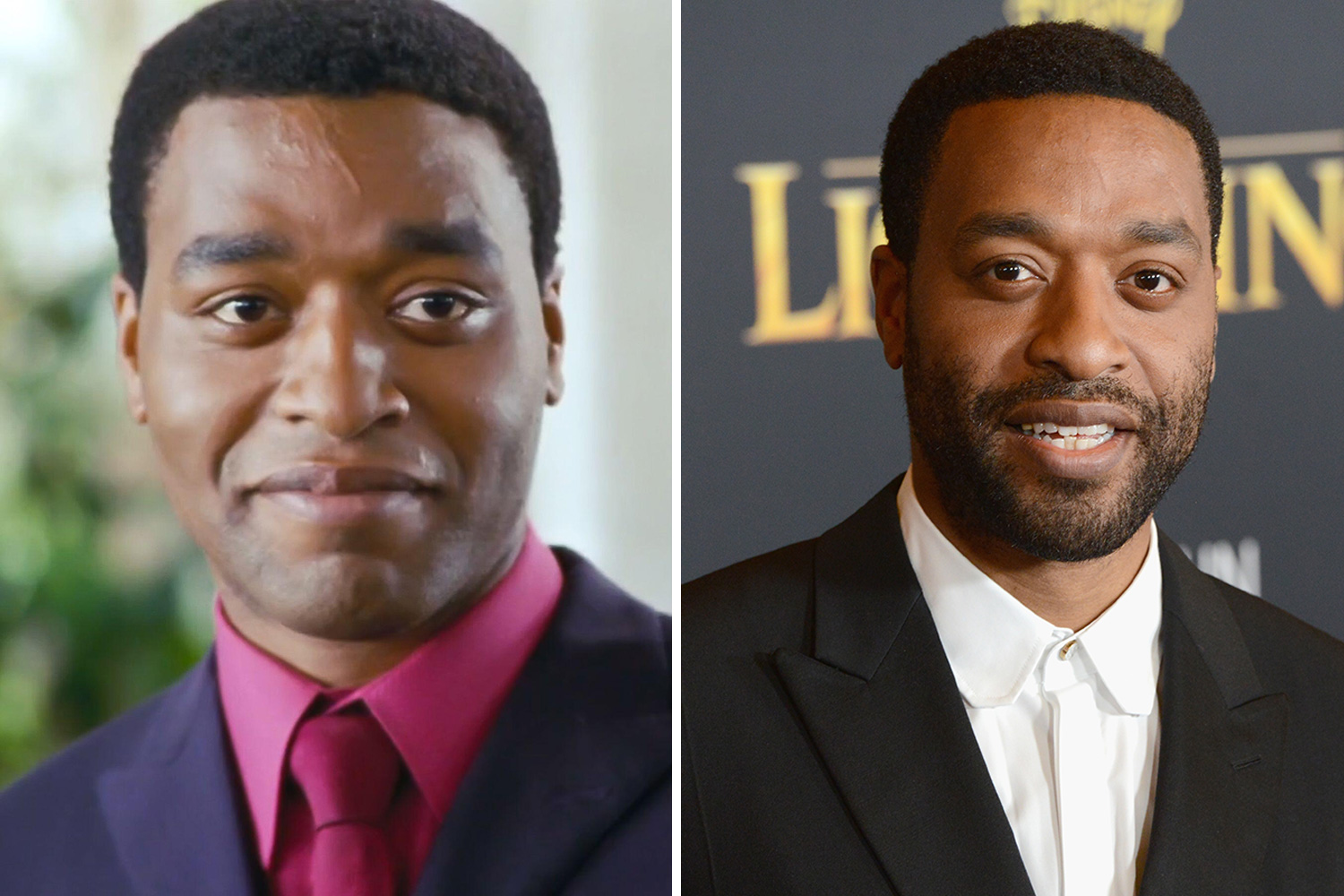 In Love Actually, he was Kiera Knightley's doting husband Peter and was unknowingly caught in the middle of a love triangle.

While their marriage stayed intact, his best friend Mark, played by Andrew Lincoln, made a questionable attempt to seduce Kiera's character.

Since the 2010 film, Chiwetel took a role in Doctor Strange, starred as Scar in The Lion King remake and was the lead role of Solomon Northup in 12 Years A Slave.

The latter landed him Best Actor nominations at the Golden Globes, The Oscars and a winning nomination at the BAFTAS. 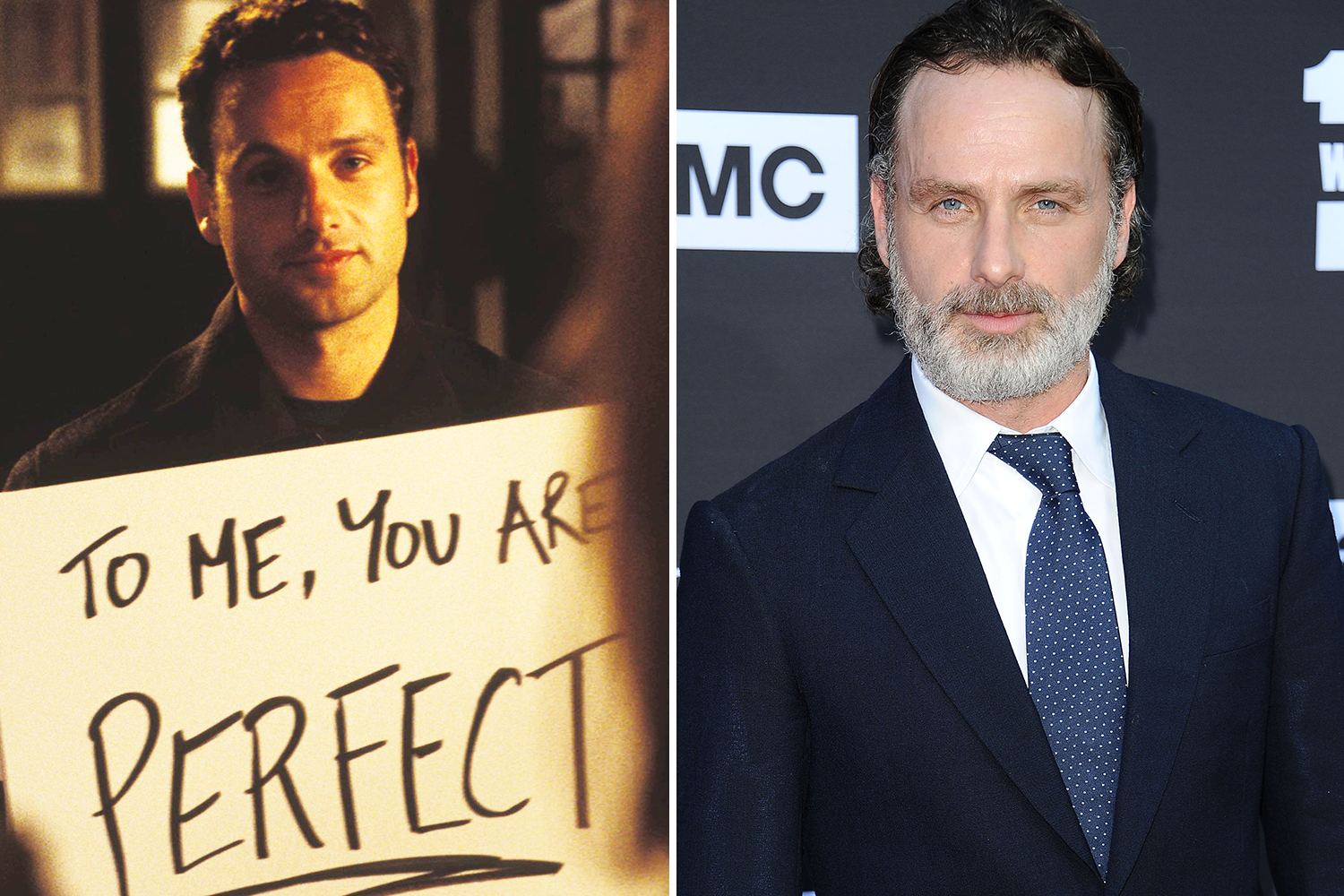 One of the most memorable scenes from the film sees Andrew's character Markexpress his love to Juliet via some cardboard signs outside her house.

Whilst she ran out and kissed him, the pair don't get together and Juliet stays married to his best friend.

Since his tragic storyline in Love Actually, Andrew's career has boomed, starring in AMC series The Walking Dead as sheriff deputy Rick Grimes.

While he didn’t get his fairytale ending in Love Actually, he did in real life.

In June 2006, three years after the heartwarming film was released, he married Gael Anderson. They have two children, Matilda, 14, and Arthur, 11. 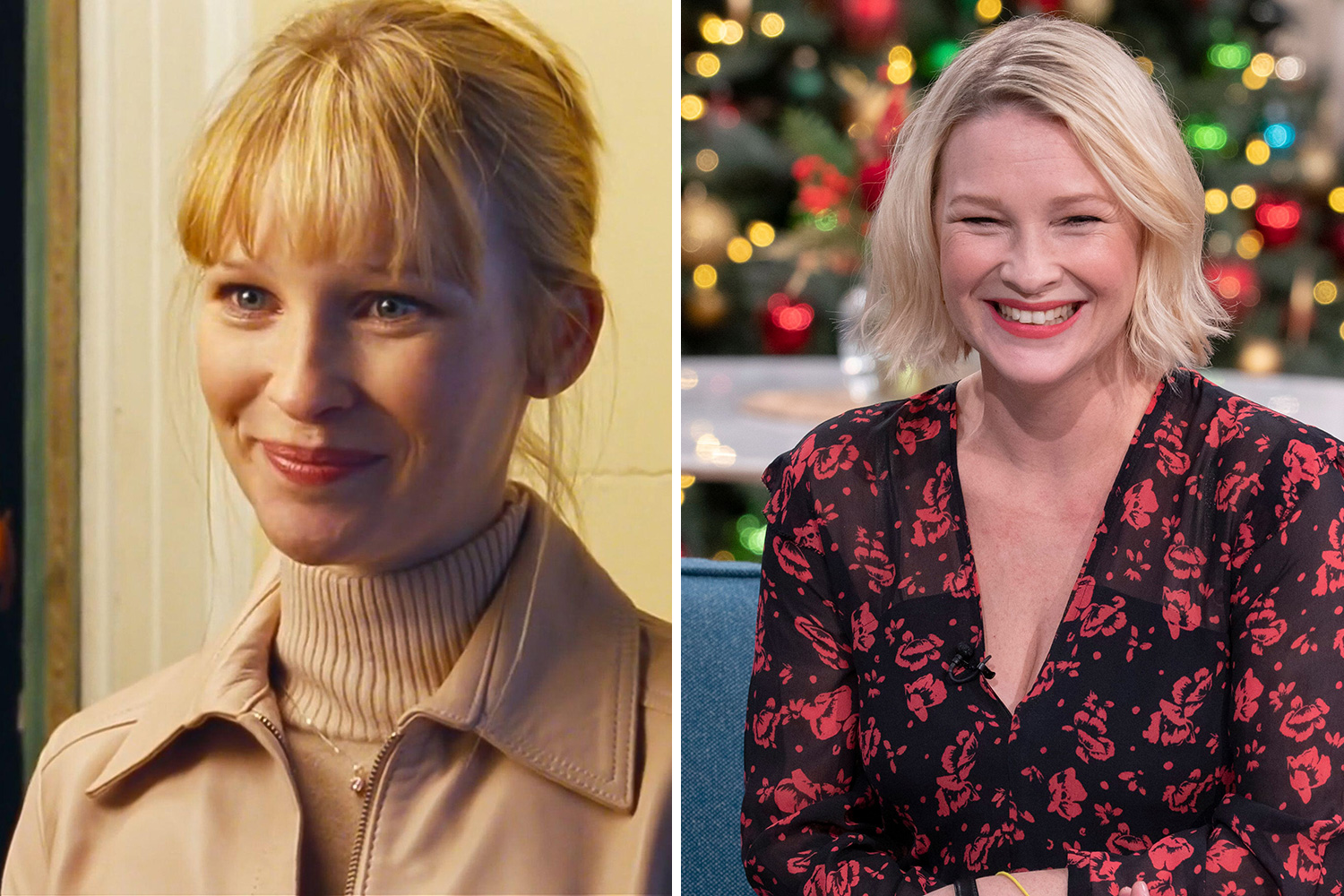 After Love Actually, she went on to appear in everything from Midsomer Murders to Nativity 2: Danger In The Manger and Doctor Who.

But she's best-known for starring as Stacey Shipman in the hit BBC sitcom Gavin & Stacey, which ran from 2007 until 2010. A Christmas special was released in 2019. 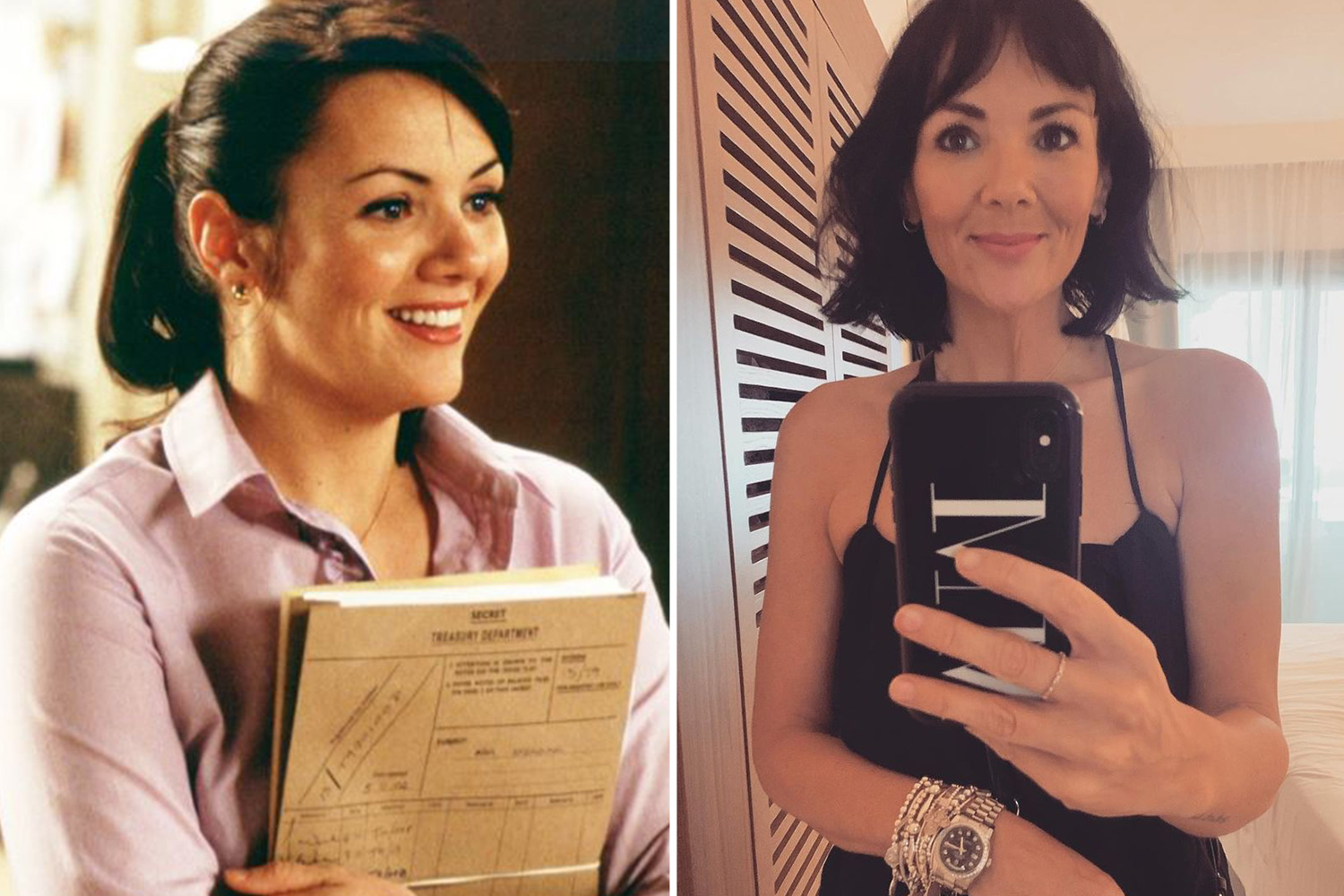 Former EastEnders star Martine was memorable in Love Actually as the cheerful Downing Street staff member who swore at Hugh Grant's Prime Minister but ended up winning his heart.

Martine has since proved her talents off the screen on the stage, winning an Olivier for her role as Eliza in My Fair Lady in the West End.

While she endeared herself to millions as Natalie, sadly Martine’s career after Love Actually hasn't been as easy.

The 45-year-old has struggled to land big parts in any major show or film and has only had a few small parts in TV shows.

She’s made appearances on Celebrity Gogglebox and more recently The Masked Singer UK, but she hasn’t had anything as high profile as Love Actually.

Martine has also been a panellist on Loose Women, alongside the likes of Katie Price, Andrea McLean, Nadia Swahala and Ruth Langsford.

She has been married to singer Jack McManus since 2012 and has a six-year-old son, Rafferty.

But she hasn't had an easy time of it, having to file for bankruptcy in 2013, and openly struggling with her health, suffering from Chronic Fatigue Syndrome and Fibromyalgia. 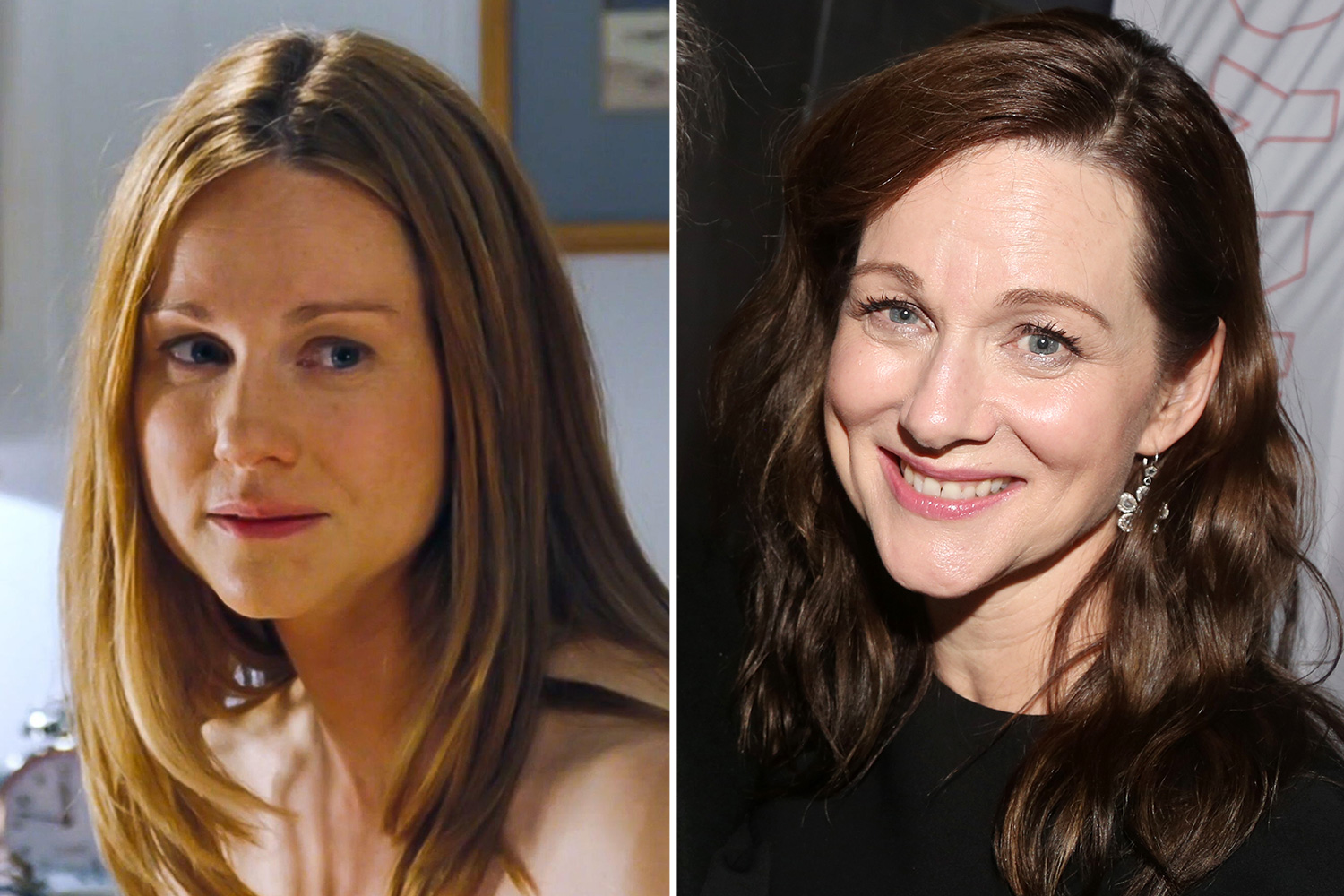 In Love Actually she broke hearts while playing workaholic Sarah, who aside from her busy schedule had to take care of her mentally ill brother.

An outburst from her sibling prematurely ended a saucy moment of passion between Laura's character and ripped actor Rodrigo Santoro.

Since then, she spent a year on the US comedy Frasier, starred in American Dad! and has acted in dark drama Ozark since 2017.

Despite not sharing any scenes together, Laura and Liam Neeson are close friends in real life and he even walked her down the aisle for her wedding in May 2009. 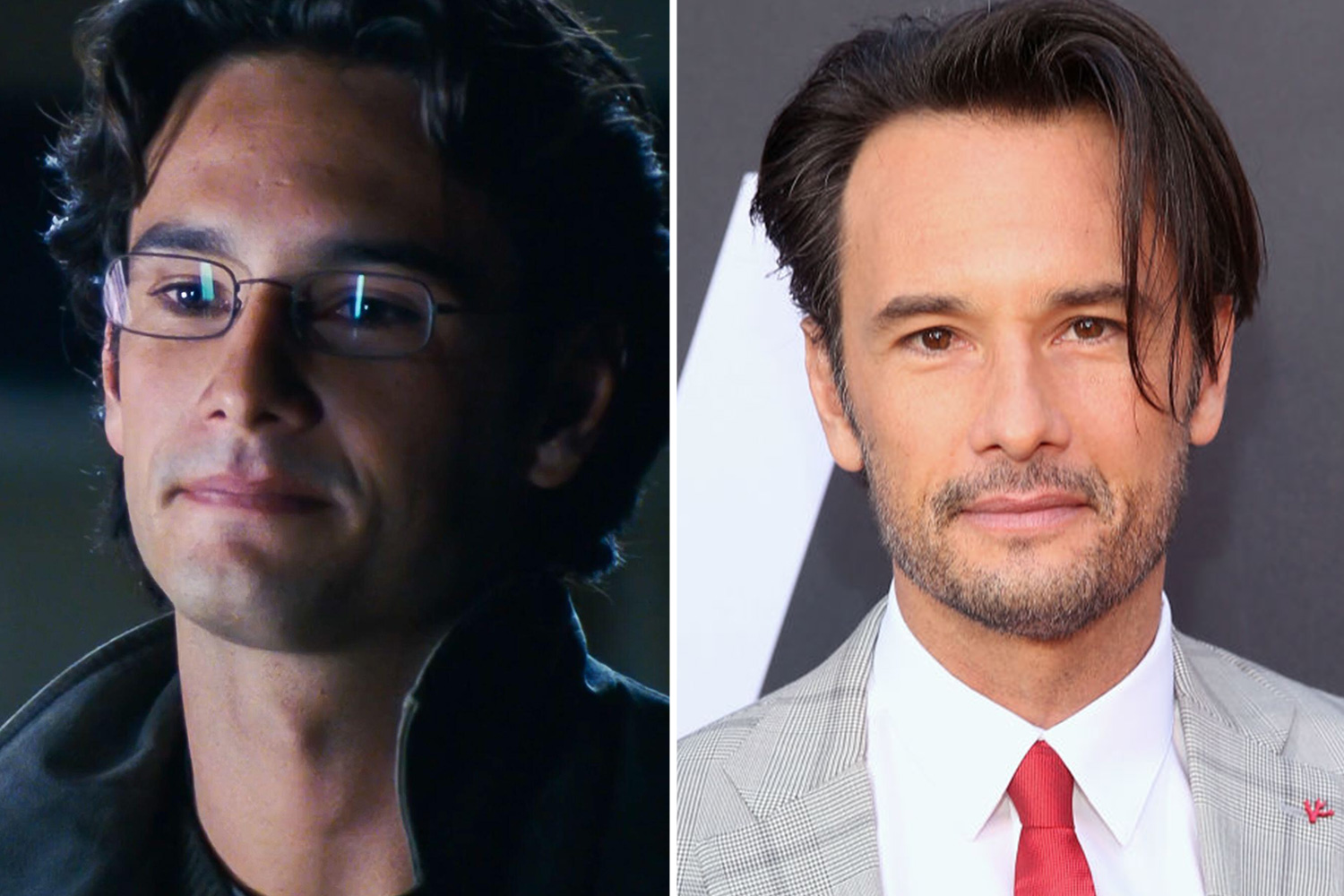 Brazillian actor Rodrigo Santoro's romance with Sarah, played by Laura Linney, sadly came to nothing in the film – but since then he has played a number of big parts.

He was unrecognisable after shaving off his hair to play 'god' Xerxes in the 2006 action flick 300 and also starred as Paulo in Lost.

Recently, Rodrigo played Westworld's 'most wanted' bandit Hector Escaton and he starred in Boundless, a drama about two men who sailed around the world 500 years ago. 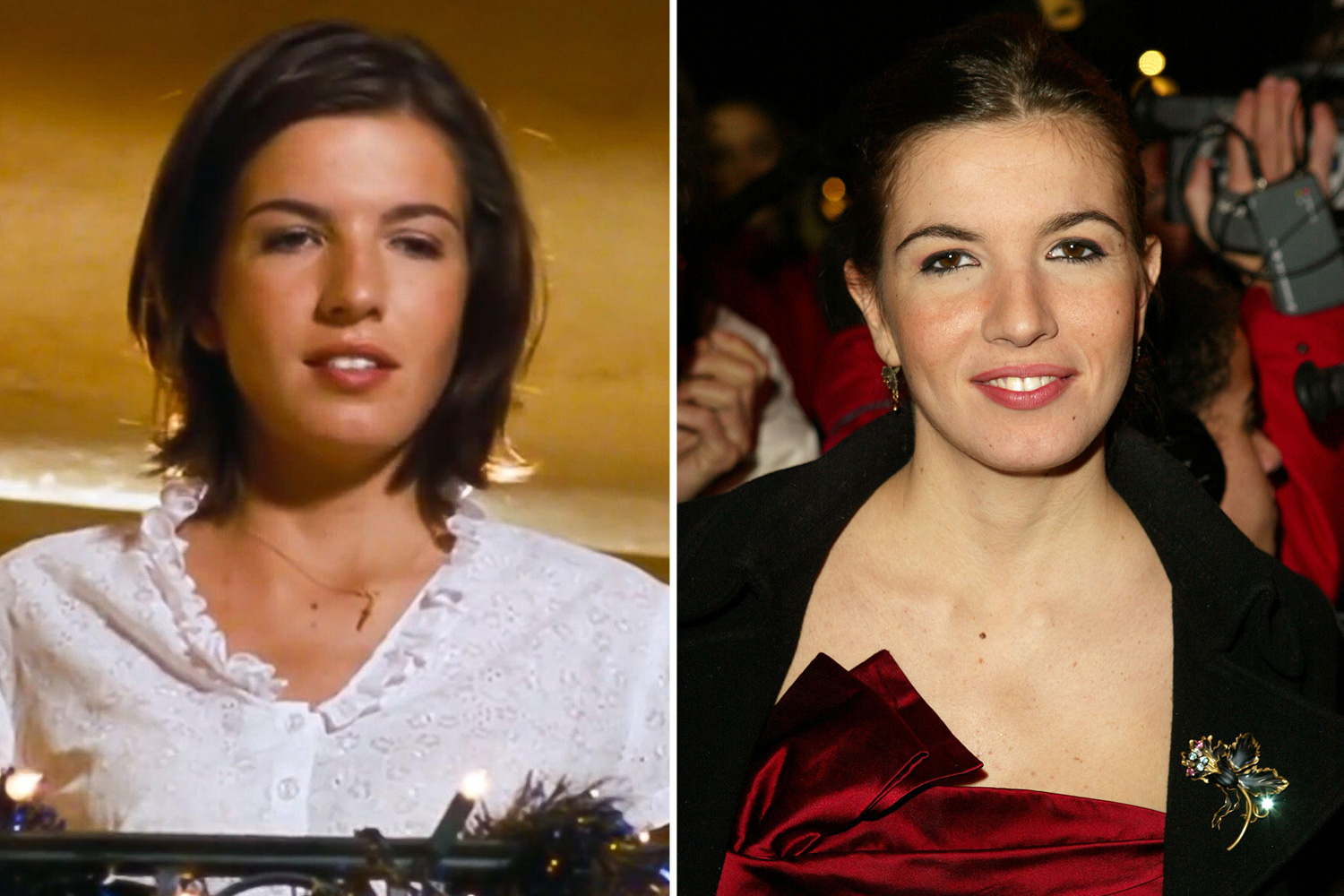 Towards the end of the film, he won her heart in a hilariously bumbling scene where the writer tried and often misspoke Portuguese.

Since then Lucia has starred in a number of TV series and films back in Portugal. 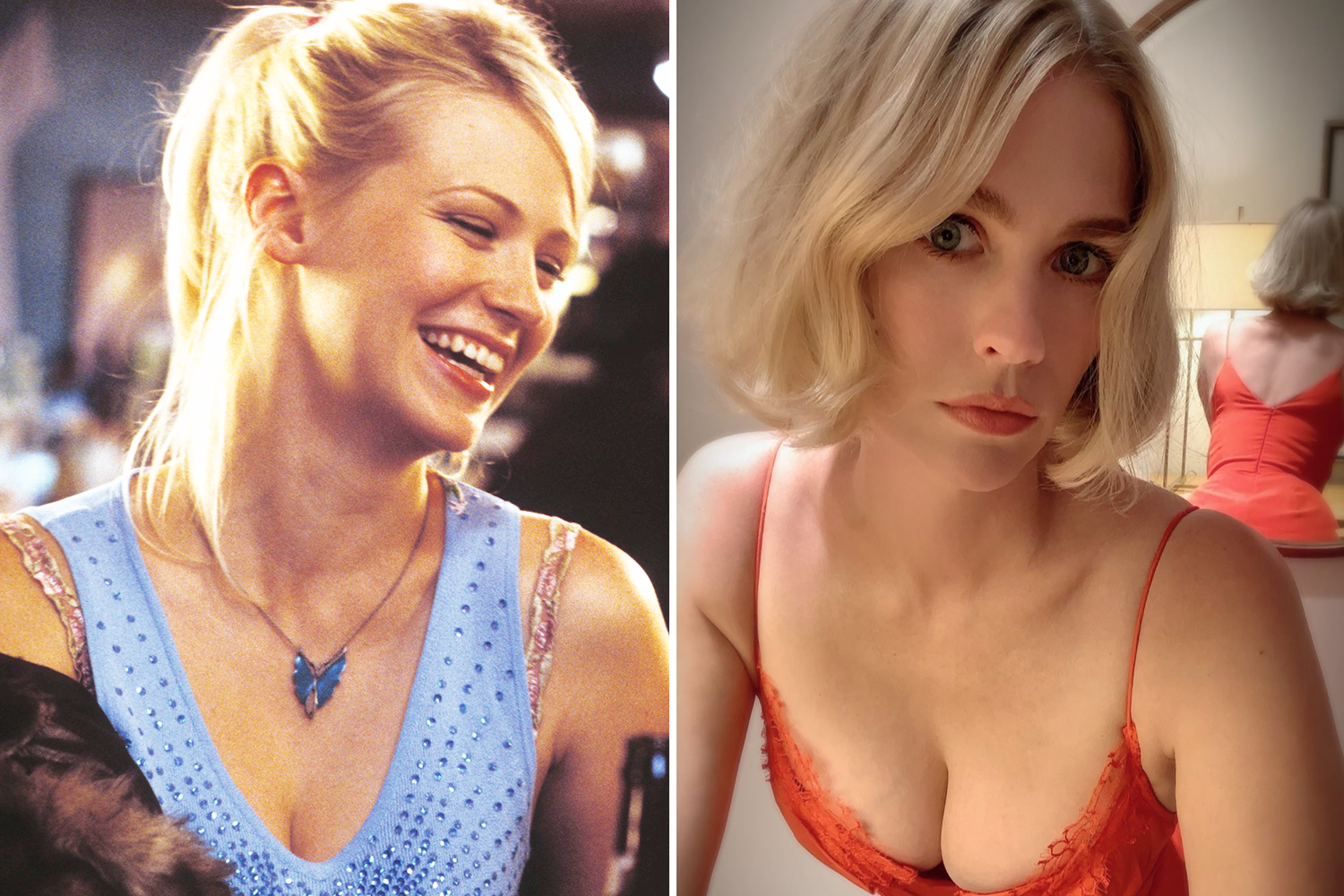 January played Jeannie, one of the attractive American girls that sex-obsessed Colin (Kris Marshall) bumps into in Wisconsin.

She was the ringleader of the group of girls who fell for his English accent and charms.

A few years later in 2007, she was cast as Betty Draper in Mad Men, which ran until 2015 and is regarded as one of the best television dramas ever made.

The role saw January nominated for two Golden Globe Awards for Best Actress in Television Series Drama and a Primetime Emmy Award for Outstanding Lead Actress in a Drama Series. 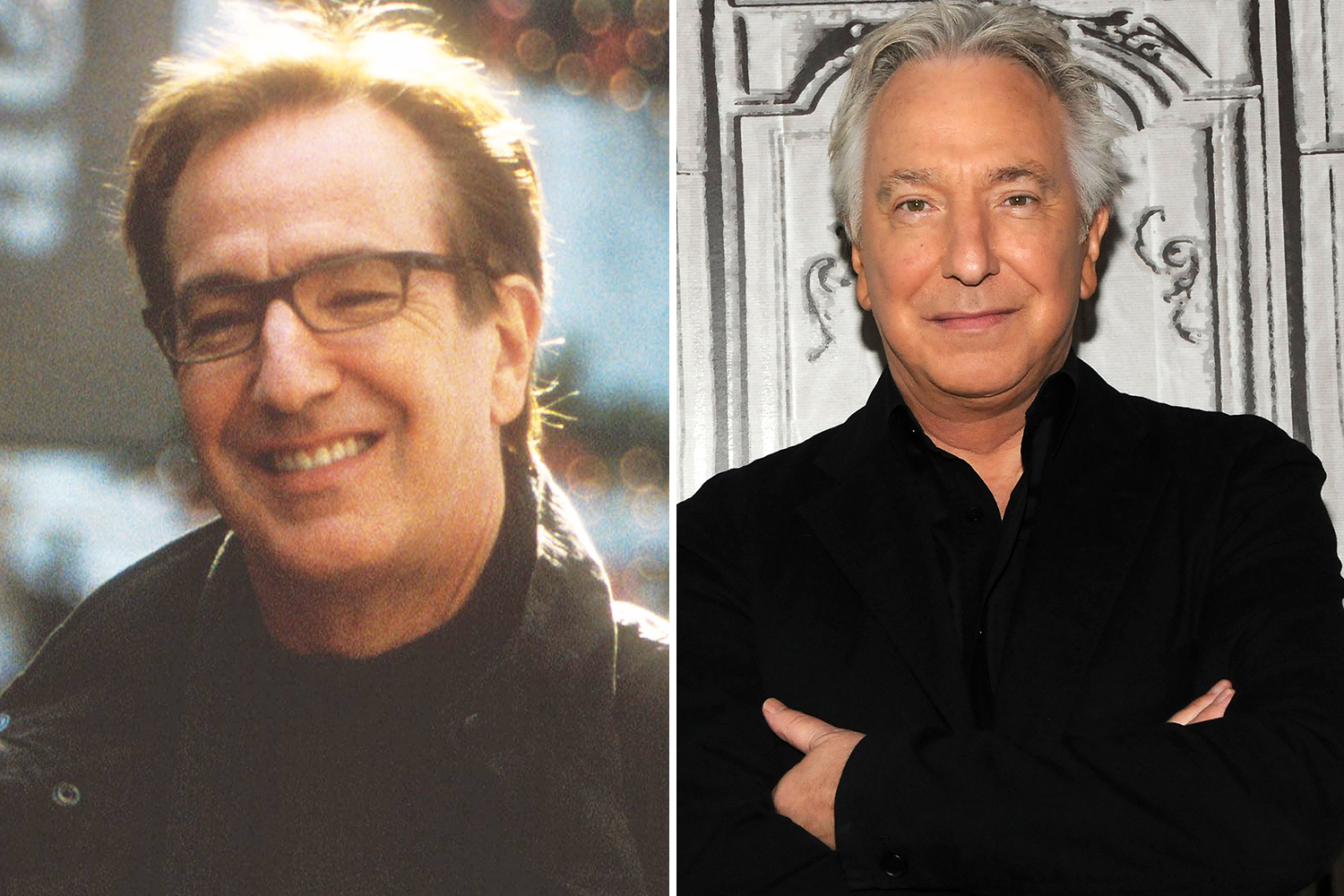 Alan was already an acting legend when he starred in Love Actually alongside Emma Thompson and Hugh Grant.

He had already taken on the iconic role of Severus Snape in the Harry Potter franchise, and had previously starred in Die Hard, Robin Hood: Prince of Thieves and Sense and Sensibility.

Alan played the character of Harry, a successful director of a design agency, who cheats on his wife Karen with his young, pretty secretary Mia.

Alan couldn't have been more different from his on-screen loverat character in real life, happily married to former Labour Party councillor Rima Horton after meeting in their late teens.

Tragically, Alan passed away from pancreatic cancer in 2016 at the age of 69, having won a Bafta, Emmy, a Golden Globe and a SAG during a glittering career.