Home » TV & Movies » What are the Tom Holland leaked pictures on Twitter?

What are the Tom Holland leaked pictures on Twitter? 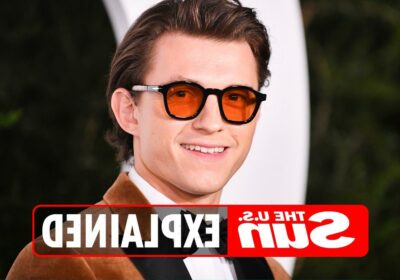 The alleged X-rated images, which have since been debunked, trended on Twitter on Monday as users had their say. On November 28, 2021, Tom became a trending topic on Twitter after a “nude picture” was leaked online.

Fans were left stunned after the supposed x-rated image was edited to look like it had been shared on the actor’s social media.

However, the supposed lewd content showing the 25-year-old was quickly debunked as users quickly spotted that the tag mentioned on the image did not belong to his official Instagram page.

It is unclear who created or first shared the edited images.

What has Tom Holland said about the pictures?

The actor chose not to comment on the alleged x-rated images as fans later condemned the “shameful stunt.”

It came as Marvel creators revealed that this would not be Tom Holland's last standalone Spiderman film – with another trilogy said to be in the offing.

On November 29, Sony producer Amy Pascal: said “This is not the last movie that we are going to make with Marvel.

"We are (now) getting ready to make the next Spider-Man movie with Tom Holland and Marvel, and we’re thinking of this as three films.

“Sony are going to keep going together as partners.”

When will Spider-Man: No Way Home be released?

Holland’s new Spiderman entry is set to be released in US cinemas on December 17, 2021.

Fans reportedly caused the internet to break in November while trying to secure a ticket to the new movie.

According to reports, some fans experienced issues when trying to pay for their seats, while others were unable to even get on to ticket-selling websites.

Some said the retailers had crashed for up to an hour after the sale began, while other sites were left displaying error messages hours later.

The chief analyst at BoxOffice.com later told CNBC: “There are different tiers of intense fan demand when it comes to box office pre-sales, and this film is clearly showing it belongs near the top with a select few others.”