Home » Wesley Snipes Not Involved in Marvel's Blade, Says Mahershala Ali Has a 'Heck of a Job on His Hands'

Wesley Snipes Not Involved in Marvel's Blade, Says Mahershala Ali Has a 'Heck of a Job on His Hands' 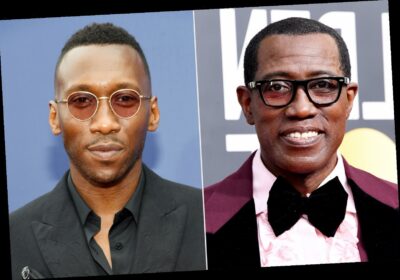 Wesley Snipes has nothing but love for Mahershala Ali's next role in Blade.

Ali takes over from Snipes, who previously played the Marvel Comics character in three films from 1998 to 2004, in an upcoming reboot of the franchise that will presumably fit into the Marvel Cinematic Universe.

In a new interview with Uproxx, Snipes, 58, confirmed that he's not involved in the revamp.

"I don't have any involvement, but I support the young artists and I support Marvel in their business decisions," Snipes said. "It's a beautiful thing. I think it's a heck of a job. He's got a heck of a job on his hands."

Marvel first announced Ali, 47, a two-time Oscar winner, would be taking on the role during the company's announcement-packed panel at 2019's Comic-Con. While Snipes isn't involved in the new Blade, the actor said he's producing a movie he calls a "Blade-killer" because it'll blow his famous role out of the water.

"[It's] our Blade on steroids. And we set our character in the world of shape-shifters and a little bit of time travel," he explained. "But the action is going to be … Well, we did white belt action in Blade. Now we're going to do black belt action."

"It's wonderful what we did, but, brother, we're so much better than we were then," he continued. "And we've got more tools. Some of the things that were innovated in the Blade franchise in the first film are now standard in the Marvel universe and all of these other action movies. And the technology allows them to do a lot of things we couldn't do then. Now give us the technology, and we've already got the skills and the flavor. It's popping, baby!"

Snipes next stars in Coming 2 America, which arrives on Amazon Prime Video on March 5.