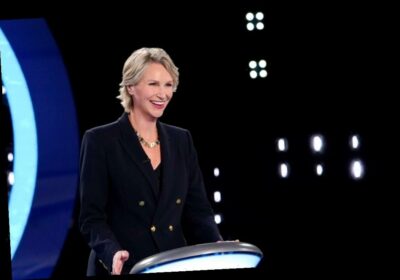 The Weakest Link reboot is returning to NBC for a second season.

The British import will begin production for its 13-episode sophomore run later this year with casting now opened.

It comes after NBC brought back the Jane Lynch-hosted series last year.

Production on the new season, set for 13 episodes, will begin later this year. The BBC format, which originally launched in the U.S. in 2001, was the second most-watched new broadcast alternative series of the fall and is averaging a 1.2 in 18-49 and 5.6 million viewers, including linear, digital and VOD.

The game show sees contestants answer general knowledge questions to bank prize money across multiple rounds. At the end of each round, the contestants vote out who they perceive to be the “Weakest Link” remaining. In each episode, eight contestants enter the studio as total strangers but must work together to bank the maximum amount of prize money available in each round.

“Audiences have clearly embraced this smart, fun and completely addicting show, and it’s been a great addition to the NBC lineup,” said Jenny Groom, Executive Vice President, Unscripted Content, NBCUniversal Television and Streaming. “A huge thank you to Jane, our friends at BBC Studios, Universal Television Alternative Studio and everyone who has been instrumental in keeping the DNA of the original format intact while simultaneously adding new flourishes that make it as relevant and popular as ever.”

“I’m thrilled that Weakest Link will return for another season,” Lynch said “It has been my honor to bring back this classic game show loved by millions. I also look forward to challenging the brain power of our players while baiting them to turn against one another for the chance to win some life-changing cash. And, of course, for my own enjoyment, and not to mention the opportunity to say ‘You are the weakest link. Goodbye.’ several times an episode.”

Valerie Bruce, General Manager of BBC Studios, Los Angeles Productions added, “The format has proven longevity, attracting global audiences for the past two decades and we’re thrilled to celebrate its latest success in the U.S. Our Los Angeles production arm is excited to partner with NBC on a second season of the series with Jane Lynch, whose quick wit, humor and shrewdness are captivating.”