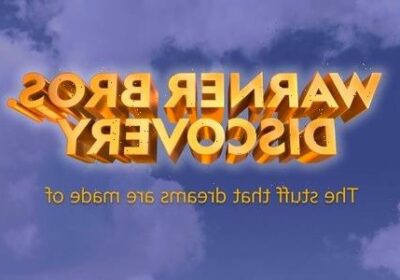 The era of corporate consolidation continues in Hollywood, with AT&T announcing last month the intention of a merger between WarnerMedia and Discovery. There are still lots of questions about what that new entity is going to look like (whether HBO Max and Discovery+ will be rolled into one streaming service, for example), but one big question has now been answered: the name.

According to reports from a staff meeting held today, the new company name will be Warner Bros. Discovery – and it’s using a quote from one of WB’s most famous movies to try to sell itself to investors.

According to Discovery’s website (via The Verge), Discovery CEO David Zaslav, who is poised to take over the merged company once the transaction is approved by government regulators, announced today “the new name of the proposed standalone global entertainment company that will emerge from the combination of WarnerMedia and Discovery assets: Warner Bros. Discovery.”

Strangely, the logo includes a tagline – the final line from John Huston’s 1941 film noir classic The Maltese Falcon, memorably uttered by Humphrey Bogart when his character finally gets his hands on the titular object.

“Warner Bros. Discovery will aspire to be the most innovative, exciting and fun place to tell stories in the world – that is what the company will be about,” Zaslav said. “We love the new company’s name because it represents the combination of Warner Bros.’ fabled hundred year legacy of creative, authentic storytelling and taking bold risks to bring the most amazing stories to life, with Discovery’s global brand that has always stood brightly for integrity, innovation and inspiration. There are so many wonderful, creative and journalistic cultures that will make up the Warner Bros. Discovery family. We believe it will be the best and most exciting place in the world to tell big, important and impactful stories across any genre – and across any platform: film, television and streaming.”

When the deal is approved and the merger is complete (that’s expected to happen in mid-2022), the company will own one of the largest content libraries in the world with almost 200,000 hours of programming under its umbrella, along with brands like HBO, Warner Bros., Discovery, DC, CNN, WB Games, Turner Sports, Cartoon Network, HGTV, Food Network, TNT, TBS, Turner Classic Movies, Wizarding World, Adult Swim, Eurosport, Magnolia, TLC, Animal Planet, ID, and many more. The combined company will devote $20 billion a year toward new content, topping Disney+ and rivaling Netflix.