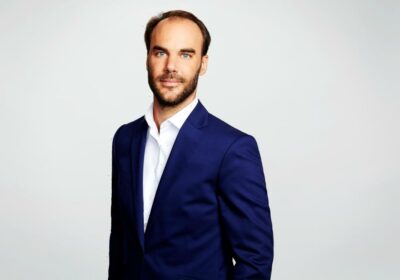 The newly combined Warner Bros Discovery has set out its core leadership teams for India, Southeast Asia and Korea (aka INSEAK) under the region’s President and Managing Director Clement Schwebig.

In a note to staff, Schwebig said INSEAK will be structured with a territory-focused approach “to be more agile and locally relevant.” At the same time, the company plans to leverage its scale across the business and region to provide “deeper expertise and greater efficiency.” Some functions going forward will be in-country while others are regional. (Scroll down for the full list of appointments)

The update comes a day after WBD’s EMEA leadership team was unveiled under President and Managing Director for the region (excl Poland), Priya Dogra.

Schwebig also noted that along with Japan, Australia and New Zealand President James Gibbons, resources in Content Operations, Insights and Creative Services will be shared.

A handful of executives from both sides of the recent merger are exiting. Discovery’s Megha Tata, who oversaw the portfolio and brands in India including the launch of discovery+, will be leaving as well as WarnerMedia Kids’ APAC chief Leslie Lee, three-decade HBO/WarnerMedia veteran Yasmin Zahid and Warner’s Athreyan ‘Auto’ Sundararajan.

Commented Schwebig, “It is always difficult to see accomplished colleagues and friends leave, and I am so grateful for all their contributions to making our company the success it is today.

Looking ahead, Schwebig name-checked such highlights as HBO Go in Southeast Asia and discovery+ in India, the growth potential of the  kids space in India, the growing unscripted content output in Korea and features like DC League Of Super Pets and Dwayne Johnson-starrer Black Adam.

Here’s how new-look teams break down:

Discovery’s Jeeyoung Lee has been named General Manager Korea after helping to build a strong production unit that will be a fundamental pillar of WB Disco’s future strategy in the market.

Arjun Nohwar will be General Manager India. He was previously responsible for the launch of HBO MAX in the country.

Shonali Bedi will lead Affiliate Distribution and Digital Partnerships for Southeast Asia, while she continues to head Business Development and Insights region-wide.

In Taiwan, Cindy Ma will head up Affiliate Distribution and Advertising Sales.

Jason Monteiro will head an Integrated Marketing team across INSEAK in addition to his coordination role for the streaming services. He will also manage Marketing and Creatives Services across all lines of business, while working closely with the D2C marketing team.