Home » TV & Movies » 'WandaVision': What Did the Stork Really Represent?

'WandaVision': What Did the Stork Really Represent? 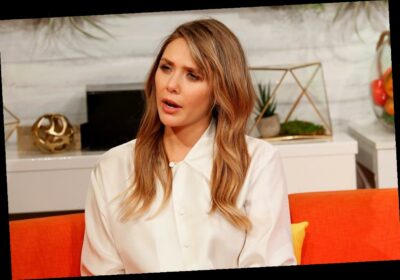 WandaVision concluded its first season at the beginning of March. The series centers around Wanda, and Marvel finally gave her the alias Scarlet Witch. The series received positive reviews, and fans hope there is a second season.

The series explores Wanda’s mental health as she struggles with grief and trauma. Each episode features a sitcom-like world that the character styles after each decade. There are several comedic moments, such as a stork walking around the place. Fans speculated on the internet as to what the creature represented.

‘WandaVision’: The stork is there to represent birth

In the episode titled “Now in Color,” butterflies are hanging over the crib. There is a stork painted on the wall of the nursery as well. The butterflies and the stork unexpectedly come to life. A few fans on a Reddit thread suggested that the bird was a symbol of birth.

At the end of the previous episode, views learned that Wanda is pregnant. In “Now in Color,” she goes through her entire pregnancy and gives birth to twin boys. In kid’s stories, storks get portrayed as creatures that deliver babies to parents.

The animal was wandering around moments before Wanda goes into labor. While she waits to give life to her children, her powers made the painting of the stork come alive. One user wrote, “It was an episode about pregnancy and birth, and storks represent that with the whole delivering babies story.”

The stork may represent Wanda’s lack of control

While giving birth is a popular idea, other people had a different understanding of what the stork represents. Some fans wondered if the animal coming to life was the show’s way of saying she had no control over her powers. There were different ideas concerning her inability to control her magic.

Unlike in the comics, Wanda and her brother were experiments of Hydra using the mind stone. WandaVision explores her abilities and revealed she had magical powers all along, which got enhanced by the infinity stone. Wanda is a powerful character, and viewers noticed how her abilities were going “nuts” in the episode. The stork may represent her not being strong enough to keep her powers in check.

“Just a manifestation of the ‘brokenness’ of Wanda’s spell. It refused to obey her magic because her spell/mind isn’t entirely at it’s [sic] full strength,” another user commented.

Others believe Wanda manufactured her lack of control. She created a world that runs like a sitcom, so she became bound to the genre’s rules. Wanda could not get rid of the stork because it was part of her plan.

Fans had other thoughts about the stork

Another possible symbolism is Wanda can create objects and life from nothing. Once she manifests them into the world, she cannot undo the action. Her powers led to the stork painting coming to life, and Wanda cannot get rid of it.

In a way, it is similar to her children. She gave birth to them, and the boys are here to stay. The children are not illusions that will disappear. However, the idea of them being real got proven false later in the series.

Other Reddit users speculated that the stork was all Agatha’s doing. Multiple episodes featured animals that had some connection to the witch. The stork could have been her attempt to see who Monica is since the agent is not a part of Westview. Other fans guessed it was Agatha messing with Wanda.

“I thought it was Agatha using one of her spells to mess with her because she didn’t know where Geraldine came from – thought it was the fly that Agatha used a spell on,” a user wrote.