Home » TV & Movies » 'WandaVision': The Actor Paul Bettany 'Longed to Work With' Was Himself

'WandaVision': The Actor Paul Bettany 'Longed to Work With' Was Himself 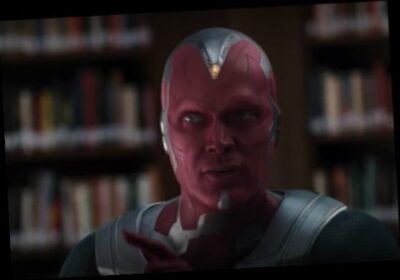 Like Oscar Wilde said, “to love oneself is the beginning of a lifelong romance” 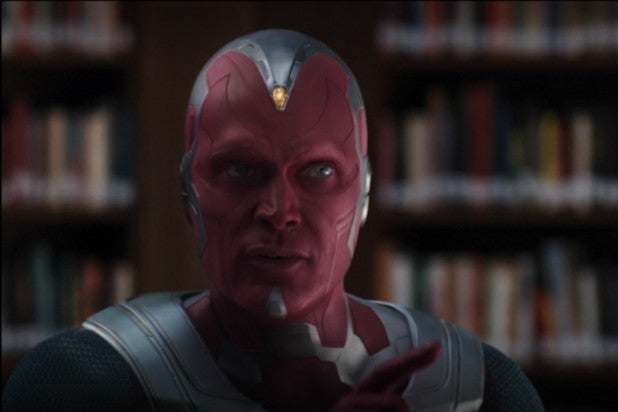 One of the biggest lingering questions about “WandaVision” is something Vision actor Paul Bettany teased back in January, when he told the Lights Camera Barstool podcast that at some point in the season he would share screen time with an actor he has “always wanted to work with.”

When Evan Peters showed up as “Fietro” back in episode 5, people assumed he was the actor in question. But nope, sorry. Because two weeks later Bettany told Esquire “there is one character that has not been revealed,” then he repeated that the actor is someone “I’ve longed to work with all of my life,” and said he’s “really excited” for people to see it.

Well, now that the finale has aired, we know who that big important actor Bettany wanted to work with so badly is. And all we have to say is well played, Bettany you magnificent bastard. Well played. Because it turns out he was talking about…

So just to get it out of the way, there wasn’t any big surprise cameo in the finale of “WandaVision.” No famous actor showed up out of the blue as a surprise reveal villain. What happened is that Vision — Wanda’s “WandaVision” husband, we mean, played of course by Bettany — faced off against White Vision — also played by Bettany — in what was seemingly set up as some sort of climatic battle

That’s because S.W.O.R.D. director Tyler Hayward had secretly constructed White Vision using the original Vision’s corpse, his intent being the creation of a Vision S.W.O.R.D. could control. And for a minute it looked like that worked — White Vision tried to kill Wanda. But then the other Vision showed up to stop him and they flew off to have a superhero battle in the sky.

But in a delightful subversion, it didn’t turn into a huge fight. Instead, it turns out both versions of Vision are reasonable people. So they talked it out. And with the help of Greek philosophy, they realized the truth — both of them are, and are not, the original vision. White Vision had a crisis of identity, other Vision used his powers to apparently restore White Visions memories of the original Vision, and White Vision flew off, presumably to figure himself out.

OK Marvel. Ok Paul Bettany. Fine. We admit it. You got us. Prior to this week’s finale, guesses about the actor’s identity ranged from extremely plausible — like Benedict Cumberbatch as Doctor Strange — to unlikely but still believable — someone from Fox’s now dead “X-Men” franchise — to the hilariously impossible — c’mon guys, there’s no way they could have kept Reed Richards a secret.

But Bettany himself wasn’t on anyone’s list…at least, not until White Vision showed up in the mid-credits scene of last week’s “WandaVision.“

Anyway, if you saw the “WandaVision” finale, you know all that. So we’ll leave you sitting in the fact that Bettany and Marvel knew just how obsessive Marvel fans can get over even the most meager tidbit and played them all, us included, like fiddles.