The Walking Dead season 10 finale is due to air on AMC on October 4 with the return of a special character. Survivor Maggie Rhee (played by Lauren Cohan) is due to make an appearance in the series in time for the final stage of the Whisperer War. Fans are keen to remember what happened to Maggie in The Walking Dead.

What happened to Maggie in The Walking Dead?

Maggie Greene is one of the main characters and survivors in The Walking Dead, and she is the daughter of the sorely missed Hershel (Scott Wilson).

The former leader of the Hilltop colony married Glenn Rhee (Steven Yeun) in the series and she was also one of the Militia leaders before the group disbanded.

One of the other leaders had been Rick Grimes (Andrew Lincoln), however, when he presumably sacrificed himself for the rest of the group, Maggie left Hilltop with her son.

She went on a mission to join Georgie’s (Jayne Atkinson) group and search for new signs of life, and she was written out of season nine.

In the episode titled Stradivarius, Maggie left with her son Hershel (Peyton Lockridge), remaining in communication with the rest of the group via letters. 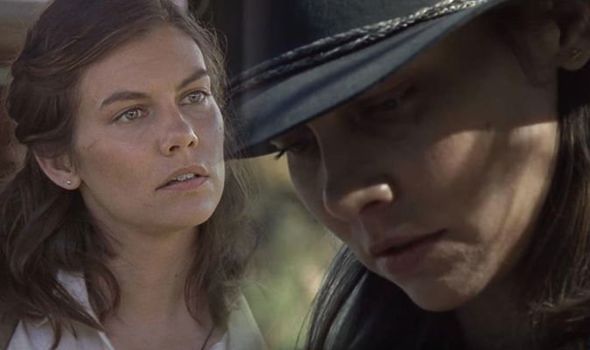 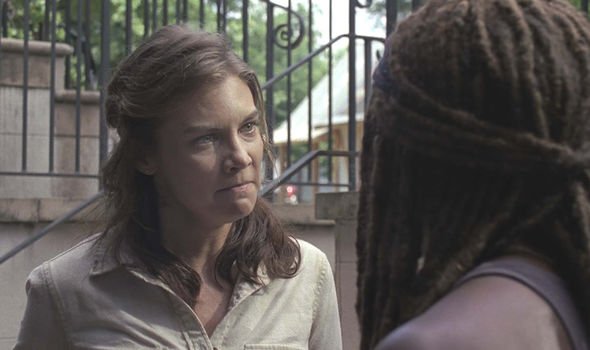 Michonne Hawthorne (Danai Gurira) had no idea Maggie had left, and it was down to Siddiq (Avi Nash) to break the news to her.

He told Michonne how Maggie had gone to help a new community in another location, but he did not know any more than this.

Michonne had been fearful of what Maggie would do to her if the pair were to cross paths again, as they had fallen out over Negan (Jeffrey Dean Morgan) and the safety of their communities.

Maggie did make an appearance in season 10 via one of Michonne’s hallucinations when she was deciding whom she would kill next.

Other than this, fans had not heard much about Maggie since she left Hilltop, and they are excited to see how she will return. 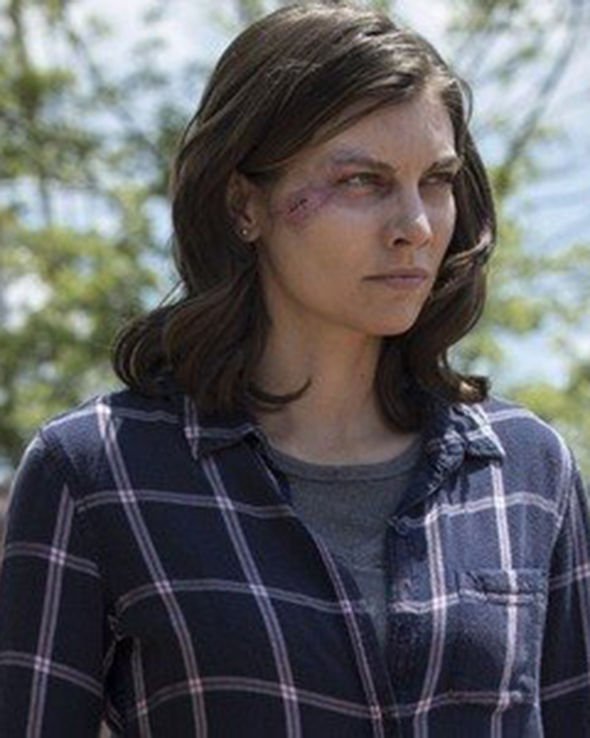 There had been theories suggesting she was the character behind the mysterious mask in the trailer for the season finale.

The trailer shows an unidentified figure emerging from the woods, wielding two kama weapons. However, some fans believe the stature is too “male” to be Maggie.

The sneak peek also showed Maggie digging up a box which contained letters for her, informing her of the Whisperer War.

In the comic books, Maggie ended up becoming president of The Commonwealth, an elite group of survivors spread across a number of different communities.

The Commonwealth is yet to be discovered in season 10, so Maggie may be the first to come across it in the season finale. 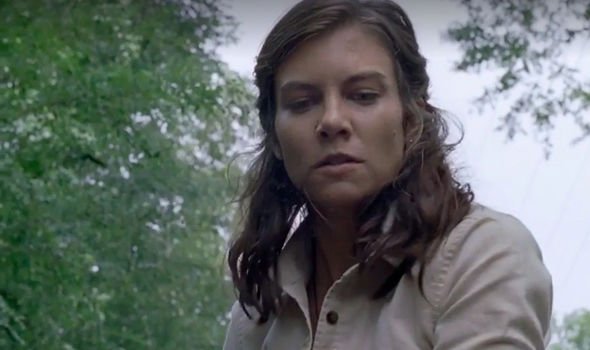 In the comic book Rest in Peace, Maggie helped to bury Rick and she chose to continue his legacy as leader of The Commonwealth, along with her son.

Fans will be waiting to see what has become of Maggie’s son since they both left to help with the new community.

There is no sign of young Hershel in the trailer, so he could have been left behind in order to keep him safe.

The last time Maggie was with the group, she had been consoling Michonne along with Carol (Melissa McBride) after Rick blew up the bridge to prevent Walkers from getting across.

Fans will be interested to see how the group responds to her return, as they lost contact with her for a while.

Speaking to Comic Con @ Home 2020 actress Cohan said this is not just a visit for Maggie, and she will be back for the foreseeable future.

She said: “Moving from penpals to real-life friends, her and Carol have been in communication, but it’s good she’s coming back.”

Speaking about how it felt stepping into Maggie’s shoes again, she said: “I feel like I never really left on pretty much every level.

“I spent a whole month catching up with everyone so when it came to reinhabit Maggie and act I wasn’t overwhelmed.”

She has taken an interest in directing, so there is a chance she may be involved behind the camera in season 11, which will be the show’s final season.

The Walking Dead returns to AMC in October 2020