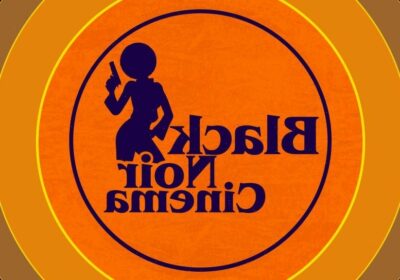 “He just laid out how passionate he was about the business and building his company, and was beyond impressive,” Mosko tells Variety in a phone interview, recounting the lunch meeting. “I knew he just wasn’t another athlete who wanted a production shingle so he could tell his friends he has a production shingle.”

Beyond passion, Garnett came to the table with ideas. As the duo, who were introduced by Garnett’s “Uncut Gems” co-star Adam Sandler, discussed what they loved about cinema, the topic of Blaxploitation films came up.

“[Kevin] looked at me and — it was very heartfelt — he said, ‘Growing up as a kid, in the more traditional movies people that look like me were always criminals or being arrested. We’re always the bad guys. In [Blaxploitation] movies, it was the first place I saw someone like me portrayed in ways other than the villain. They were the heroes,’” Mosko recalls.

That anecdote laid the foundation for Black Noir Cinema, a new slate of movies from Village Roadshow Entertainment Group that are intended to reinvigorate the Blaxploitation genre and translate its spirit of empowerment to a new generation of Black audiences.

Inspired by classics like “Shaft,” “Super Fly” and “Cleopatra Jones,” Village Roadshow has partnered with Tubi to develop and produce the movies, which will exclusively debut on the Fox-owned free streaming platform in 2022. The initiative is also part of Garnett and Content Cartel’s first-look deal with Village Roadshow to develop and produce scripted and unscripted projects.

Paul Bernard, who oversees scripted physical production at Village Roadshow, urged Mosko to enlist Oz Scott, the director and producer of “Bustin’ Loose,” “S.W.A.T.” and The CW’s “Black Lightning,” to help them pull off their big plans. But Scott blanched at the concept of reviving the genre.

Despite his early skepticism, Scott realized that he and Mosko were on the same page about what Black Noir Cinema intends to do: redefine the concept of Blaxploitation.

“I’m interested in creating Black folk heroes — the dude on the corner who you don’t think amounts to anything but takes it upon himself to do something,” Scott explains. “I said, ‘Let’s explore the future and not try to re-create the past.’ Whether you use ‘Blaxploitation’ or another word, what I’m looking to do is chart the course of where we’re going.”

Because Blaxploitation films — and films produced by Black talent or for Black audiences in general — have historically been under-budgeted, Scott was also particular about the financial resources allocated for these projects.

“I know how to save a nickel, but I’ve got to have a nickel to save,” Scott says. “I’m not interested in doing the $1 million or $500,000, quick, down and dirty, bad movie that we pray will work. These films are going to be quality films.”

Black Noir Cinema also embraces the genre’s legacy of creating opportunities for Black writers, directors and crews at a time when Hollywood’s doors were closed to them. “We needed Blaxploitation to get the experience so that we could be where we are today,” Scott says, noting that the next generation of Black creatives will be behind these projects.

Production begins in early 2022 with two original projects, “Cinnamon” and “Murder City,” the latter starring Mike Colter. “Cinnamon” follows a struggling small-town gas station attendant with big dreams, whose life is sent into a tailspin after a fatal crime in this intersecting crime thriller. Written and set to be directed by Bryian Montgomery Jr., the film is in pre-production with casting underway and is scheduled to begin shooting early next year in Atlanta. “Murder City” is a “thrilling contemporary crime story following a disgraced former cop who finds himself working for a ruthless female kingpin to pay off his estranged father’s debt and protect his family. Directed by Michael D. Oolmos (“Windows on the World”), production on the film is slated to begin in 2022, with additional casting soon to be announced. Colter is repped by ICM, Silver Lining Entertainment and attorney Scott Whitehead.

The titles are being shepherded by Jillian Apfelbaum and Tristen Tuckfield, executive vice presidents of feature film at Village Roadshow; Michael Thorn, president of entertainment at Fox Entertainment; and Adam Lewinson, chief content officer of Tubi. As CEO and Founder of Tubi, Farhad Massoudi oversees all operations for the streamer.

“Fox Entertainment has a longstanding history of diversity in the stories we tell and characters we showcase, and we’re honored to build on that legacy by welcoming independent film giant Village Roadshow to create this dynamic, new content for our growing Tubi audience,” Thorn said in a statement announcing the partnership. “Collaborating with Village Roadshow; our friend and colleague, Steve Mosko; and talent of Kevin and Oz’s caliber further elevates Tubi’s expanding portfolio of premium original programming, especially among viewers who crave bold, inclusive story-driven narratives.”

From Mosko’s point of view, the Fox-owned ad-based service is the perfect home for the new films since the streamer doesn’t require a paid subscription, allowing a wider audience to access these stories. The initiative also will enhance the streamer’s “Black Cinema” collection, one of Tubi’s most popular content categories.

“As we continue to grow Tubi’s original content offerings, we remain focused on spotlighting emerging talent and celebrating fresh, authentic storytelling that reflects diverse experiences and perspectives to better serve our current audience, nearly half of which is comprised of viewers who self-identify as multicultural,” Lewinson adds.