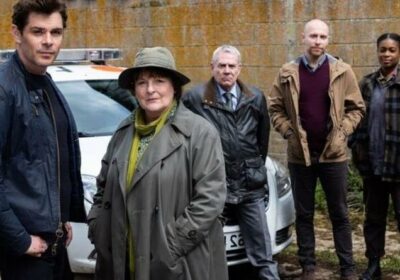 Vera: Construction worker gets hit by a lorry

Ibinabo Jack landed her role in Vera in 2018 and has played DC Jac Williams ever since. Before appearing in the ITV series, the actress featured in many West End shows including the likes of Dreamgirls and The Bodyguard. Her character, DC Williams is usually found in the office doing the background work for DCI Stanhope (played by Brenda Blethyn) and her sidekick Aiden Healy (Kenny Doughty).

However, in an exclusive interview with Express.co.uk, Ibinabo addressed her future on the show.

She began: “There is hesitation to leave because I love it.

“But at the same time, I don’t want to take myself out of a job because you don’t know what else is going to start filming and what else is gonna clash essentially.

“I think it’s just about making things work. The good thing about my character is I don’t have to be there all the time.”

The actress continued: “Kenny and Brenda are in every single shooting day for each series, whereas I do a fraction of what they do in terms of being up in Newcastle.

“So there is always the flexibility of doing other stuff as well as and that would be the goal to do Vera as well as other stuff.”

The Jac William star went on to admit that she was worried TV producers wouldn’t take her seriously as an actress when she auditioned for Vera.

She felt her musical theatre background may have had an impact on future TV work.

“I found that having the musical theatre background for 14 years consistently, it then was very difficult to be taken seriously by TV casting directors or even to get seen by them,” Ibinabo said.

“So I just said to my agent, if any theatre work comes in, we’ll just say no, and we’ll really focus on TV stuff.

“So then that’s what we did for the next three months.”

Speaking about landing her role on Vera, Ibinabo explained her character was originally meant to be cast as a man.

“Initially, the character had a different name and I think he was going to be a bloke,” the star added.

“And the executive producer at the time, Leticia Knight said, ‘let’s open it up to women, let’s just see what’s out there’.

“So they called maybe six or seven of us in to read [a script].

“And I think that’s why it was so rushed because they couldn’t decide on who they wanted.”

Series 11 of Vera was put on hold due to the coronavirus pandemic.

The first two episodes aired in August 2021, with the second two following shortly after in January 2022.

There was a gap of four months between episodes two and three, so the same could be said for the final two episodes.

ITV bosses haven’t confirmed when fans can watch the remaining episodes of series 11, but it could air in May 2022.

Vera is expected to return to ITV later this year.