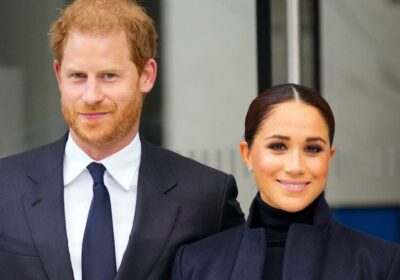 Vanessa Feltz slams Prince Harry on This Morning following the controversy that he "could miss" the Queen's jubilee.

In conversation with Philip Schofield, 60, and Holly Willoughby, 41, Vanessa, 60, criticised the Prince following the news that he possibly will not be in attendance for the monumental occasion.

Vanessa shared her disappointment and was heard slamming Harry, saying, “What’s his priorities” followed by "it’s his own grandma.”

It comes after claims raised that Prince Harry may skip the the celebrations as his name has been put down to play in a polo tournament around the same time.

Talking on the ITV show, straight talking Vanessa was not afraid to vent how she feels about the situation and says he, "ought to be here.”

Blasting Prince Harry, she said: “It’s a damn shame if he doesn’t come back, I think damn well he should come back.

“What more do you need? I mean, get off the horse and come over here. I mean, what his priorities? You surely don’t prioritise a game of polo.

“Whether he does or doesn’t, he ought to be here.”

On Wednesday (May 4) it was announced that the Duke of Sussex will continue to play polo alongside his Los Padres teammates until mid-June Meghan Markle's friend Omid Scobie has claimed.

Harry's commitment to the tournament could mean that Harry, Meghan and children Archie and Lilibent will miss the occasion.

The Queen’s magnificent platinum jubilee celebrates the Queen’s 70th year as monarch, the first British monarch to reach this milestone.

The jubilee bank holiday begins on Thursday June 2, running to Sunday June 5, with Royal family appearances expected on the Buckingham Palace balcony at either end of the celebration.

Harry could still return for the Trooping of the Colour on the Thursday but he has not yet given any public indication if he will do so.

The Prince has previously said he is not able to come back to the UK with his family safely unless there is a change in his security arrangements.