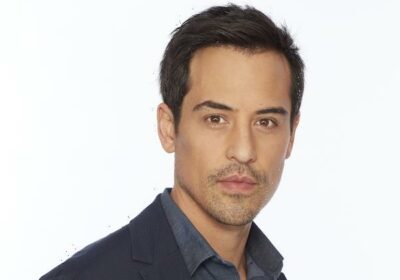 General Hospital is losing a prince: Marcus Coloma is leaving the ABC daytime soap after a three-year run as Prince Nikolas Cassadine.

“Marcus Coloma will no longer be playing the role of Nikolas Cassadine. His last airdate will be at the end of January,” the show confirms to Soap Opera Digest. (Daytime Confidential first reported the exit, adding that Coloma “declined to film his final scenes after learning he’d been let go.”)

Coloma has been playing Nikolas since 2019. The role was originated by Tyler Christopher in 1996, with a number of other actors playing Nikolas over the years, including Coltin Scott and Nick Stabile. There’s no word yet on when or if the role will be recast.

* Prince Harry and Meghan Markle will executive-produce a new documentary series, Live to Lead, for Netflix. The series “highlights the fundamental values, daily disciplines and guiding principles that leaders employ to motivate others and create meaningful change” and will feature interviews with Ruth Bader Ginsburg, Gloria Steinem, Greta Thunberg and more.

* Molly Ringwald will reunite with her Breakfast Club costar Ally Sheedy in a Season 2 episode of Single Drunk Female, according to EW.com. Ringwald will guest-star as Alice, sister-in-law to Sheedy’s Carol.