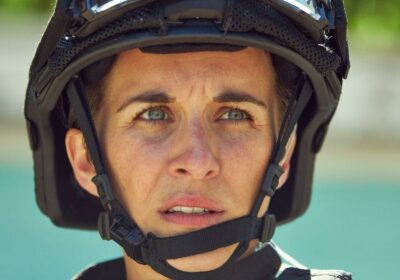 ITV's Trigger Point is returning for a second series in 2023 after Sunday night's explosive finale.

Trigger Point focuses on the Expo officers who risk their lives daily on "the long walk" towards danger and fans were left floored when Adrian Lester's character Joel Nutkins was killed off in episode one.

Talking about series two, Polly Hill, Head Of Drama at ITV, said: "I am so delighted to see Trigger Point return. Vicky is stunning as Lana and it’s brilliantly produced by Jed and HTM, but I also want to congratulate Daniel for his scripts.

"To have held the audience in a state of tension for 6 hours so brilliantly, you can’t believe it’s his first show. I can’t wait to see where series two takes Lana and her team."

Writer Daniel commented: "I’m honoured and excited to be given the chance to continue Lana’s story. I feel there’s many more twists and turns in her future.

"It’s been thrilling to see how the public have responded to our show and I can’t wait to see what they will make of the next instalment!"

While Jed added: "Everyone at HTM Television is thrilled by the success of Trigger Point. Thanks to all our brilliant cast and crew and especially to the viewers who watched in such large numbers.

"We've received unswerving support from ITV throughout the production and we are delighted to have been commissioned for a second series."

Taking to Twitter, fans shared their excitement over seeing the After Life star in Trigger Point with some fans even floored by the discovery.

One person said: "Literally threw me Lisa from #AfterLife popping up in #TriggerPoint She will forever be Lisa."

A different account put: "Naaaahhh I will never be over #AfterLife and to see Lisa on #TriggerPoint is just too soon for me."

Another follower commented: "That confused me. Thought I was watching #TriggerPoint then had a flashback and thought @rickygervais had become an accomplice #AfterLife."

For more Trigger Point updates, sign up to our daily OK! newsletter.