Trevor Moore, 'The Whitest Kids U Know' Co-Founder, Dead at 41 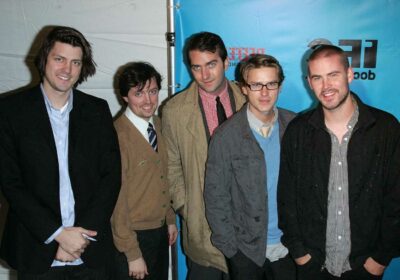 Trevor Moore, the comedian best known for co-founding the cult sketch comedy group The Whitest Kids U Know, died Friday night at age 41. His manager confirmed the comedian’s death to Variety in a statement on behalf of Moore’s family. A cause of death was not immediately available.

“We are devastated by the loss of my husband, best friend and the father of our son,” the statement read. “He was known as a writer and comedian to millions, and yet to us he was simply the center of our whole world. We don’t know how we’ll go on without him, but we’re thankful for the memories we do have that will stay with us forever. We appreciate the outpouring of love and support we have received from everyone. This is a tragic and sudden loss and we ask that you please respect our privacy during this time of grieving.”

Lady Gaga's 'Born This Way': Much Better Than 'Express Yourself'

Moore began his career in the late 1990s as host of The Trevor Moore Show, a public-access show in Charlottesville, Virginia. A former intern at Saturday Night Live, Moore co-founded the sketch group while still a student at NYU with friends Sam Brown, Zach Cregger, Timmy Williams and Darren Trumeter. The troupe performed regularly at both the school and New York clubs in the early 2000s and eventually was picked up as a show by Fuse and subsequently IFC. It aired for five seasons, ending in 2011.

In 2009, Moore and Cregger wrote, directed and starred in the comedy Miss March about a man who wakes up from a coma and finds that his girlfriend is a Playboy centerfold. A second film — The Civil War on Drugs — followed in 2011.

Following The Whitest Kids U’ Know, Moore continued working in comedy and TV, making appearances on The Tonight Show With Jay Leno, collaborating with Comedy Central (The Trevor Moore Show) and Funny or Die, and creating and appearing in his own talk show with comedian Josh Fadem. He also released three albums: 2013’s Drunk Texts to Myself, 2015’s High in Church and 2018’s The Story of Our Times. He most recently was the co-creator of the Disney series Just Roll With It.

“Early this morning, we learned that we lost our brother, our collaborator and the driving force behind WKUK,” Cregger and Brown wrote in a statement to Variety. “He was our best friend, and we speak for all of us in saying that the loss of Trevor is unimaginable. We are heartbroken and our grief pales in comparison to the loss felt by his wife and son. On behalf of WKUK, we ask for privacy during our time of profound grief, and strength for his family who are dealing with the impossible thought of living life without him. Our hope is that friends, fellow artists, and fans that loved him will not focus on his death, but will remember the countless moments of laughter he gave them.”