Home » TV & Movies » Travelers on Netflix cancelled: Why has Travelers been cancelled?

Travelers on Netflix cancelled: Why has Travelers been cancelled? 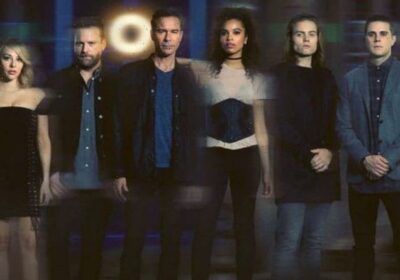 Streaming platform Netflix cancelled Travelers in 2019 with the show’s fans left outraged and shocked by the decision. Many are keen to know why the cult-classic series Travelers was cancelled. Eric McCormack (who plays Grant Maclaren) announced on his Twitter about the show ending after three seasons.

Why has Travelers been cancelled?

Netflix has not announced its reasons for bringing the popular show to an end after three seasons.

In 2018, the show was cancelled by its original network Showcase, after which Netflix, who had international streaming rights for the show, stepped up to host season three of Travelers.

Eric McCormack released a video on February 1 announcing that the show was cancelled.

That video said: “Hey my fellow travellers. First of all let me say a huge thank you for your ravenous response to season three worldwide. It’s really gratifying for all of us.

Generally, shows are cancelled if they aren’t getting the viewing figures needed with Netflix looking to spend its budget on more lucrative programmes.

Fans had been wondering whether the show would be cancelled ever since they watched the Travelers season three finale, which seemed to totally reboot the show.

This meant that Travelers season four, had it been made, would have seen Grant in a totally new timeline, separated from the rest of the gang.

The closing moments of Travelers season three showed a computer cancelling Travelers Program 1 and starting Program 2 – though it seems that fans will now never know what the new mission looks like.

WHO IS IN THE CAST OF TRAVELERS?

“Well, I’m afraid it is [the end]. Who knows what the future holds, but Travelers Program 1, as we call it, is complete.

“On behalf of our creator, Brad Wright, our fellow producers and directors, designers and writers, our amazing crew in Vancouver, and all of the cast, who I love more than they know, I want to say thank you.

HOW TO WATCH TRAVELERS ONLINE

“All three seasons of Travelers will be available for you to rediscover, and hopefully bring some others along with you.

“Thanks to the greatest cast, crew, directors, writers, artists and producing partners a guy could ask for. Love to you all.

“And to @Netflix for stepping up so we could make season 3!”

Though Netflix has not revealed its reasons for cancelling Travelers, the streaming service has recently cancelled a number of its shows which are made by outside production companies.

In 2019, Netflix has cancelled American Vandal, and Marvel shows Daredevil, Iron Fist, Luke Cage, and Seven Seconds, all of which were made by companies outside of Netflix.

Netflix has become more swift at cancelling shows which aren’t getting the viewing figures and moving on to other projects.

However, the streaming platform continues to launch new content week after week for audiences to lap up.

Sci-fi and fantasy continue to be big genres for the platform with the success of Stranger Things and The Witcher have proved popular.

So, although Travelers may have gone the same way as Sense8 and Daybreak, there’s plenty of other shows which fall into the same vein on the platform.

Travelers seasons 1-3 are streaming on Netflix