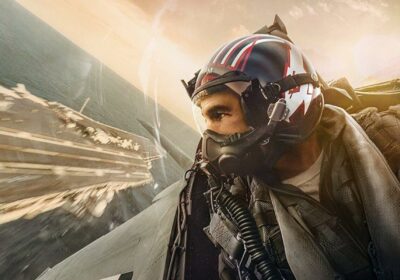 Jerry Bruckheimer talks about the massive success of the second ‘Top Gun’ movie and shares his thoughts on what made the Tom Cruise-starring film so popular.

AceShowbiz –Jerry Bruckheimer praises the authenticity of “Top Gun: Maverick“. The filmmaker believes its authenticity played a part in making the film so successful.

Grossing over $1 billion at the worldwide box office, the “Top Gun” sequel is the highest-grossing film of Tom Cruise‘s career. The cast putting themselves through fighter jet training has contributed to the movie’s popularity, producer Bruckheimer claims.

Jerry told Entertainment Weekly, “It’s always the characters, the themes, the story. That’s what it’s all about; it’s about the emotion, it’s about bringing Iceman back, it’s about seeing a real movie.”

“You’re in the F-18 just like those actors are. They were trained for three months to be able to get into an F-18… You can see the struggles of what they’re doing, what they’re going through. That’s all real, that’s not made-up.”

Jerry, who has produced movies such as “Beverly Hills Cop” and “Pearl Harbor” during his career, feels that audiences have become bored of CGI and claims that the “Top Gun” sequel gave them the “real deal.”

The 78-year-old producer explained, “I think audiences have been seeing so much CGI, which is wonderful, I go see the same movies, but it’s also nice to see the real deal, and to be a part of a camaraderie of characters that get up in the sky and have to be as good as they can be.”

“The audiences love the Marvel stuff, they love the DC stuff. They’re beautifully made by really talented people. Sometimes you want to see something that’s real, and that’s what ‘Top Gun’ gave us.”

Jerry added, “These aviators are out protecting our country right now, flying around the world, and you’re taking a ride with them. You’re seeing what they do, you’re seeing what their life is like, and the trials and tribulations that they have to go through. You’re actually experiencing it with our actors.”