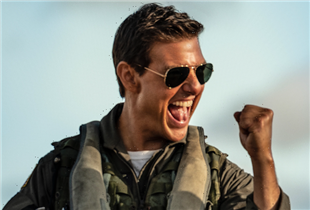 You have the need, the need to stream — and Top Gun: Maverick will finally be available for just that when the blockbuster movie hits Paramount+ on Thursday, Dec. 22, seven months after its May 27 theatrical debut.

Typically, the theatrical exclusivity window for Paramount Pictures releases is 120 days. Top Gun front man Tom Cruise from go had argued against Maverick, which was originally earmarked and ready for a June 2020 release, going direct to streaming — which clearly was the right call. But as the flick finally flew into and found tremendous success in movieplexes, Paramount reportedly was angling to approach Cruise to negotiate a shorter theatrical window.

Directed by Joseph Kosinski and set 36 years after the events of Tony Scott’s seminal Top Gun, Maverick‘s domestic box office grew to $683.4 million during the weekend of Aug. 19, roaring past Avengers: Infinity War to become the sixth highest-grossing box office film in history.

Top Gun: Maverick‘s global box office haul, meanwhile, stands at north of $1.4 billion (as of Aug. 22), making it about the 12th-highest-grossing film of all time .

The Cruise-led blockbuster headed to digital release during the week of Aug. 22 (for purchase only), and was released on 4K Ultra HD, Blu-ray and DVD on Nov. 1.