Home » TV & Movies » Tom Holland Was Convinced He Was Going to Be Fired as Spider-Man After First Marvel Movie: 'It Was Awful'

Tom Holland Was Convinced He Was Going to Be Fired as Spider-Man After First Marvel Movie: 'It Was Awful' 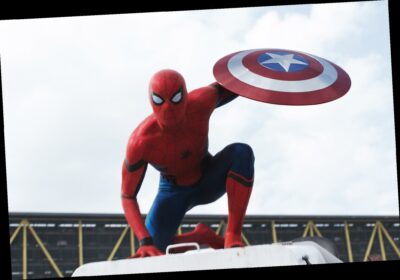 The actor chatted with fellow Marvel actor Daniel Kaluuya for Variety's annual "Actors on Actors" series where he recalled his deep paranoia after filming as Peter Parker/Spider-Man for the first time. He first played Spider-Man in 2016's Captain America: Civil War.

"I shot Civil War, which was a week's work, and from the moment of shooting Civil War to Spider-Man: Homecoming, I was convinced they were going to fire me," Holland admitted. "I don't know why. Civil War hadn't come out yet, and I just didn't hear anything from anyone. I can't really explain it. It was awful, but they didn't — obviously. It's been crazy, mate. I've loved every minute of it."

Holland, 24, also recalled the "bizarre" way he found out he landed the role of Spider-Man through an article online.

"I got my computer, and my dog was sitting next to me. I type in 'Marvel.' I've still got the article saved on my computer," Holland said. "It said, 'We would like to introduce our new Spider-Man, Tom Holland.' I broke my computer, because I flipped it up in the air. It fell off my bed; my dog went nuts." But the Sony email hack at the time threatened to spoil his joy.

"I ran downstairs. I was telling my family, 'I got the part! I got the part!' " Holland continued. "And obviously, that was right about the time when Sony had got hacked, so my brother, Harry, who's quite tech savvy, was like, 'No. There's no way that's real. They would have called you. They've been hacked.' And then the studio called me and gave me the news. It was so bizarre how it happened."

Holland is now filming the third Spider-Man movie in Atlanta.