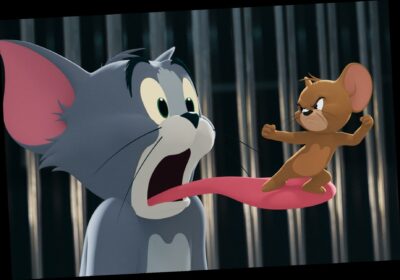 Once upon a time, there was a cat. His name was Tom. Some folks at an animation studio thought it’d be a good idea to pair him with a mouse. After an exhaustive search on several continents, they found a young, aspiring rodential star named Jerry. Thanks to centuries of biological history, one was intent on killing the other, but even the suits had to admit: These two had crazy chemistry together. After a trial-run short in the early 1940s was met was raves, they were signed to a exclusive contract. For almost two decades, they created a double act that made them both household names. Fame, fortune, and Oscars (seven of them) followed. So did scandal — affairs with starlets and each other’s spouses, run-ins with the law, being called before the House Un-American Activities Committee, a nasty addiction to pain pills and catnip — and, eventually, a mutual sense of acrimony. But as with so many comic duos from the mid-20th century, Tom & Jerry knew that their whole was greater than the sum of their parts. That ampersand between their names was the key to their continual success.

Still, by 1958, neither mammal was on speaking terms with each other. Crew members and animators became used to the icy silences that permeated cartoon sets. Finally, via respective publicists, the cat and the mouse announced they were breaking up. Several solo films, a Colgate-sponsored variety show for Jerry, and a number of competing calypso albums followed, all of which were met with public indifference or outright derision. Occasional reunions followed over the years, including a nice run in the late Sixties. But for many of their fans, it felt like they were just going through the I’ll-make-you-bite-your-own-tail-then-you’ll-see-a-halo-of-stars motions. The thrill was gone.

Yet endless re-runs of those vintage toons, fan gatherings (who can forget those annual TomCon events?), and the Nostalgia Industrial Complex kept the names of Thomas Cat and Jerry S. Mouse alive throughout the years. And even though it had been ages since the two had worked together, the executives at AT&T/WarnerMedia/HBO/GloboChem needed new intellectual properties to pimp out in the name of content — and that feline-rodent team used to be a big hit with the kids, right?

After hammering out agreements between both parties, a new feature film starring Tom and Jerry was greenlit. A script, for lack of a better word, was written, and rewritten, and rewritten, and rewritten again. A director was needed, and after seeing the 2019 sequel-reboot Shaft, the powers that be knew that Tim Story was just the man for the job. Chloë Grace Moretz would play the human lead, a young woman named Kayla who cons her way into a five-star hotel job the weekend before a celebrity couple is about to be married there. (Having lost a bet with God, SNL‘s Colin Jost was cast as the male half of the couple.) Michael Peña, Ken Jeong, and Rob Delaney were set to costar. Once the dust settled on weeks of long, tortured negotiations, Rob Delaney’s Mustache joined the project as well.

So there they were, together again, the cat and the mouse, trying to resurrect the old magic. (They can’t go on. They must go on.) A few of their old friends, notably Spike the Bulldog, were dragged out of retirement as well. There would be some modern touches, of course — listen to those pigeons sing A Tribe Called Quest’s “Can I Kick It?” !!! — and, in the name of corporate synergy, a reference to 1989’s Batman movie. A group of urban-caricature cats would provide what the executives were told was “flavor.” Digs at the hoity-toity hospitality industry, showbiz excess, and the aspirations of millennials would also add necessary social commentary. A skateboard would have Wi-Fi, and when someone asks why a skateboard needs internet access, another person would reply, “Why the Fi not?”

Still, no one was coming to Tom and Jerry for any of that. They would be showing up for the names in the title. And lo, the duo brought out all of the old tried-and-true bits, from mallet wallops to the head (and other body parts too!) to skeleton-revealing electrocutions to one half of the duo exploiting the other’s undying love of cheese. Steam poured of out ears. Jaws dropped and make a “ga-jomp” sound. The two chased each other around New York City alleys and through hallways and in “animal tornadoes,” each cat-versus-mouse game more manic than the last. No one wanted to tell them that it all felt a little forced, especially the fans — after all, shouldn’t just seeing these anthropomorphic animals beat the crap out of each other to the sound of old-school hip-hop cuts be enough? And while you wouldn’t exactly call something this threadbare “entertainment,” weren’t parents simply happy that their kids had something to watch so they could go into the other room and drink in peace?

In the end, everybody got what they wanted, right? The corporate entity had something to put on its cable channel. A host of animators and technicians got jobs. The actors got checks. The cat and mouse got to relive their glory days one last time, and no one called them Itchy or Scratchy, not once. Late capitalism scored another notch on its bedpost. As for viewers, well … whoever won in the endless round-robin of interspecies chicanery, we all lost. OK, now that’s over. What else is on?