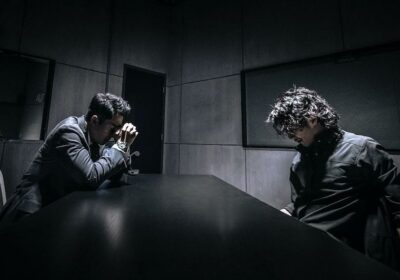 The festival announced the full lineup for its 34rd edition to be held Oct. 30 – Nov. 8, 2021 at its new main venues in the Hibiya-Yurakucho-Ginza area of Tokyo. As previously announced, the festival will open with Clint Eastwood’s “Cry Macho” and close with Stephen Chbosky’s “Dear Evan Hansen.”

“We decided to focus more on quality than world premieres in the competition section,” said new TIFF programming director Ichiyama Shozo, “but it just so happened that world premieres account for 11 of the 15 films we’re screening, with the rest being Asian premieres. Also, we selected films not caring so much about geographical distribution and ended up with more films from Asia than Europe and the U.S. But a lot of good European film are screening in the World Focus section.”

Other sections include the Asian Future section, which presents films from emerging Asian directors, World Focus, which screens overseas festival favorites that have yet to find Japanese distribution, Japanese Animation, which focuses this year on recently deceased animator Otsuka Yasuo, and Nippon Cinema Now, which offers new Japanese films for international festivals and audiences. This section will also present a three-film focus on director Yoshida Keisuke, including his latest, “Intolerance.”

This year’s Festival Ambassador is actor Hashimoto Ai, who has had several films in Tokyo, including last year’ audience award winner “Hold Me Back.”

A new initiative is the Amazon Prime Video Take One Award for new filmmakers, who submitted shorts for consideration by a selection panel. The finalists will have their films screened at TIFF with the winner getting JPY1 million and feature development support by Amazon Studios. “We expected about 100 entries since the time frame for submission was so short, but we ended up with more than 200,” said Ichiyama.

Similar to last year, the TIFFCOM film and TV rights market will be held online November 1– 3, while the Tokyo Filmex festival will unspool in partnership with TIFF Oct 30-Nov. 7 at two venues in Tokyo.