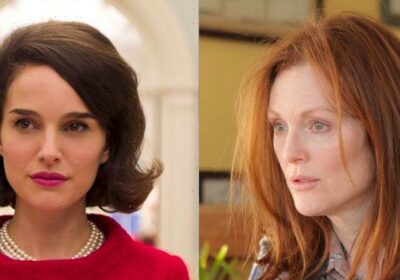 Believe it or not, Natalie Portman and Julianne Moore have never made a movie together. But that’s about to change. Portman and Moore are set to star in May December, a new film from acclaimed filmmaker Todd Haynes (Carol). The film focuses on the story of a woman who married a man 23 years her junior, resulting in a tabloid romance. It’s been 20 years since the relationship first made headlines, and now a movie is being made about the story, and the actress who is set to play the woman comes to spend time with the couple.

A new Todd Haynes movie is always cause for celebration, and May December sounds like it has the potential to become another great entry in the director’s filmography. In May December:

“Twenty years after their notorious tabloid romance gripped the nation, Gracie Atherton-Yu and her husband Joe (twenty-three years her junior) brace themselves for their twins to graduate from high school. When Hollywood actress Elizabeth Berry comes to spend time with the family to better understand Gracie, who she will be playing in a film, family dynamics unravel under the pressure of the outside gaze. Joe, never having processed what happened in his youth, starts to confront the reality of life as an empty-nester at thirty-six. And as Elizabeth and Gracie study each other, the similarities and differences between the two women begin to ebb and flow. Set in picturesque and comfortable Camden, Maine, May December is an exploration of truth, storytelling, and the difficulties (or impossibility) of fully understanding another person.”

The Cast and Crew

Haynes will direct a screenplay by Samy Burch, from a story by Burch and Alex Mechanik. Film company Rocket Science is handling the film, and the news about May December came from the Virtual Cannes Market. Which means I should probably add this disclaimer: films announced at the Cannes Market don’t always get made. Sometimes they just get announced and we never hear about them again. Hopefully, this won’t be one of those movies, though.

“What so appealed to me about Samy Burch’s exceptional script was how it navigated potentially volatile subject matter with a kind of observational patience that allowed the characters in the story to be explored with uncommon subtlety,” said Todd Haynes.

The news about May December comes with a bit of casting – Natalie Portman and Julianne Moore. This will be the first time the two Oscar-winning actresses will appear together in a film. Jessica Elbaum and Will Ferrell of Gloria Sanchez Productions and Christine Vachon and Pam Koffler of Killer Films will produce alongside Portman and Sophie Mas under their MountainA banner. Principal photography is scheduled to commence next year.