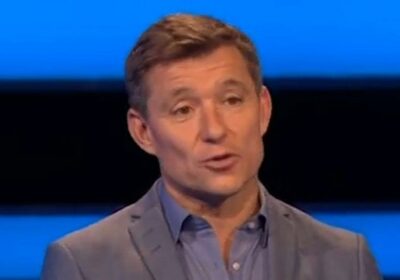 The blunder came when GMB host Ben aimed a question about the retro Sunday Post feature and the latest batch of contestants on the show.

However, his pronunciation of the monikers left fans in Scotland reeling as they couldn't quite believe their ears.

Livid viewers then took to Twitter to air their disappointment at Ben's lack of skill at delivering an authentic Scottish sound.

A second added: "'Or willie' – it's pronounced 'oooo er Wullie.' Ben has just pissed off most of Scotland.

While a third chipped in: "I mean, Jesus wept. It’s pronounced oar Ben you div."

A gobsmacked fourth viewer stated: "Ben Shepherd it's not 'OR Willie.' it's OOR (the OO sound is like the OO in poo) and it's not pronounced Willie (like silly) but Wullie (like gully). Honestly."

Ben – who has presented Tipping Point for 10 years -recently took a break from hosting duties when he suffered a serious knee injury.

The 46-year-old star had to undergo surgery and needed time out to heal.

However, he is now finally on the mend and even took part in his first park run last week.

He posted a snap to Instagram as he updated his fans on his progress since undergoing the operation.

In the caption he wrote: "Huge smiles from me and @runsinpearls we did our first @parkrunuk together for months it was really really great.

"It was my first run post #aclsurgery I'm about 11 weeks post-op now. It wasn’t quick, it wasn’t pretty but it was bloody marvellous to be out and getting the running back in my legs."

Tipping Point airs every weekday at 4pm on ITV