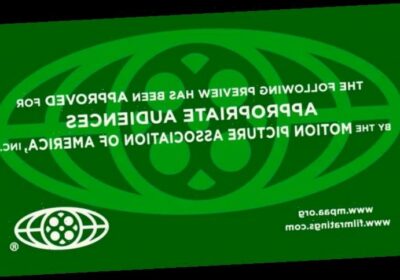 Trailers are an under-appreciated art form insofar that many times they’re seen as vehicles for showing footage, explaining films away, or showing their hand about what moviegoers can expect. Foreign, domestic, independent, big budget: What better way to hone your skills as a thoughtful moviegoer than by deconstructing these little pieces of advertising?

This week, we free ourselves from convention, lay some cable, get kidnapped, find ourselves fighting in Russia, and see how far up the government ladder a murder conspiracy goes.

New York, an alternate present: the quantum computing revolution has begun and investors are lining their pockets in the quantum trading market. Building the network, though, requires miles of infrastructure to be laid between huge magnetic cubes by “cablers” – unprotected gig workers who compete against robots to pull wires over rough terrain.

Queens delivery man Ray Tincelli (Dean Imperial) is skeptical of new technology, and the buy-in to start cabling is steep, but he struggles to support himself and his ailing younger brother, who suffers from a mysterious illness. So when Ray scores a shady permit, he believes their fortunes may have finally changed. What he doesn’t expect is to be pulled into a conspiracy involving hostile cablers, corporate greed, and the mysterious “Lapsis” who may have previously owned his permit.

Watching just this trailer gives me chills. It’s a universe not unlike our own but, it’s so strange that it defies a logical explanation of how it could also be real. It’s that weird nether region of real and unreal that is thoroughly satisfying here. It’s one part indictment of the gig economy, another part about how our current working class competes with automation, and it’s  an exploration of what this is doing to us as a society. It’s thick with implication and meaning, but it still looks like one hell of a good movie. Ambitious and audacious, I like the risks this is taking.

Steve Zahn stars as Troy, a troubled but well-intentioned father who has recently separated from his wife Sally (Jillian Bell). Aghast at Sally’s refusal to let their trans son Joe (Sasha Knight) live as his authentic self, Troy runs off with Joe into the Montana wilderness. Meanwhile, police detective (Ann Dowd) pursues them, but her resolve about the case is tested the more she learns about Joe’s family. COWBOYS, a modern day Western from director Anna Kerrigan, is a tale of rescue, family betrayal and a father and son on the run.

Yes, some people are going to reject this movie simply based on its premise. However, this looks like it’s filled to the brim with love, and in an age when representation matters, it’s a story that will find its audience. The trailer doesn’t lean on the trans angle as much as it simply makes it part of the bigger story about family, belonging, and finding out who you can depend on. As a movie, it’s not going to materially alter the national conversation about trans rights, but this kind of intimate and small story should help keep the larger conversation going.

I’m kind of puzzled that director Tate Taylor helmed this.

After her husband goes missing, Sue Buttons (Allison Janney), an underappreciated suburban wife, gets a taste of being a local celebrity as she embarks on a search to find him. She quickly finds herself in over her head, dodging cops, criminals and local reporters all aiming to uncover the truth. After being overlooked for so long, Sue goes to exaggerated lengths to prolong her “15 minutes of fame” and keep the truth from coming out.

I’m puzzled because this seems like such a wild departure from the critically acclaimed director of movies like The Help, Get on Up, Ma, and The Girl on the Train. It’s not to say that this looks like a drop in quality, but inspired direction here is all but absent from view. It’s messy, and it’s not something that I would normally rush to see or spend any money to experience. However, I do like the story for how deranged it is, so if this on Hulu or Netflix, it might get a spin.

Andrei Konchalovsky is testing my faith in Neon.

When the communist government raises food prices in 1962, the rebellious workers from the small industrial town of Novocherkassk go on strike. The massacre which then ensues is seen through the eyes of a devout party activist. Dear Comrades! received critical praise out of the Venice Film Festival, with Variety calling it “scintillating” and “meticulous and majestic, epic in scope and tattoo-needle intimate in effect,” and The Playlist describing it as “a fascinating blend of dark satire and bleak archaeology.”

As Russia’s official entry into the Academy Awards, this movie brims with the relevance that seems hauntingly close to our own in modern America. It’s operatic in its heavy emotion while balancing that with lush visual presentation and assured direction. It’s dense and satisfying and looks like it promises something completely filling if you take it all in. So very excited to see this.

Director Bryan Fogel knows how to contextualize a controversy.

Washington Post journalist Jamal Khashoggi was critical of his beloved Saudi Arabia and of Crown Prince Mohammed bin Salman’s policies. On October 2, 2018, Khashoggi entered the Saudi Arabian consulate in Istanbul and never came out. His fiancée and dissidents around the world are left to piece together clues to his brutal murder—and in their dogged quest for truth, they expose a global cover-up perpetrated by the very country he loved.

With exclusive access to the Turkish government’s evidence; to Khashoggi’s fiancée, Hatice Cengiz; and to Khashoggi’s close friend and fellow Saudi insurgent, Omar Abdulaziz, Academy Award–winning filmmaker Bryan Fogel unearths hidden secrets in this real-life international thriller that will continue to rock the world long after the headlines have faded away.

Chillingly powerful and heartbreakingly candid, The Dissident is an intimate portrait of a man who sacrificed everything for freedom of speech. With this cogent film, Fogel joins a cadre of dreamers across the globe who refuse to squelch the life’s work of an intrepid rebel, who, even after death, is defying those who sought to silence him forever.

This is a story that should not go away, and the trailer reveals why. Jamal’s murder, dismemberment, and cover-up is the stuff of international intrigue, but somehow, most are oblivious or okay with what happened in that consulate in Istanbul. The pedigree is solid, and the trailer makes this all but required viewing to see what world leaders really can get away with when they try hard and possess enough resources to do as they please.

Nota bene: If you have any suggestions of trailers for possible inclusion in this column, even have a trailer of your own to pitch, please let me know by sending me a note at [email protected] or look me up via Twitter at @Stipp

In case you missed them, here are the other trailers we covered at /Film this week: