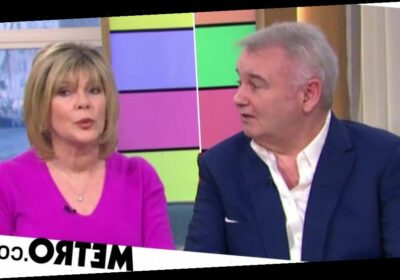 Eamonn Holmes has been told off by a caller on This Morning, who told him to ‘stop being miserable’ and ordered him to ‘be nicer’ to Ruth Langsford.

Earlier this week, Eamonn, 61, was accused of ‘fat-shaming’ his wife Ruth, 60, on the ITV talk show.

After a caller described Kate Middleton as ‘thin’ while taking part in a game, Eamonn turned to Ruth and said: ‘Well it’s not you, darling.’

While Ruth ignored the jibe, several viewers criticised him for it, with one Twitter user stating: ‘Not particularly great entertainment… fat shaming your wife on TV Eamonn.’

Following the backlash he received, Eamonn poked fun at the incident the next day, stating: ‘‘I can’t make a comment on it, darling because people online will accuse me of shaming you for some reason,’ during a beauty segment.

On today’s edition of This Morning, a man called Stephen won £300 while playing a call-in game. 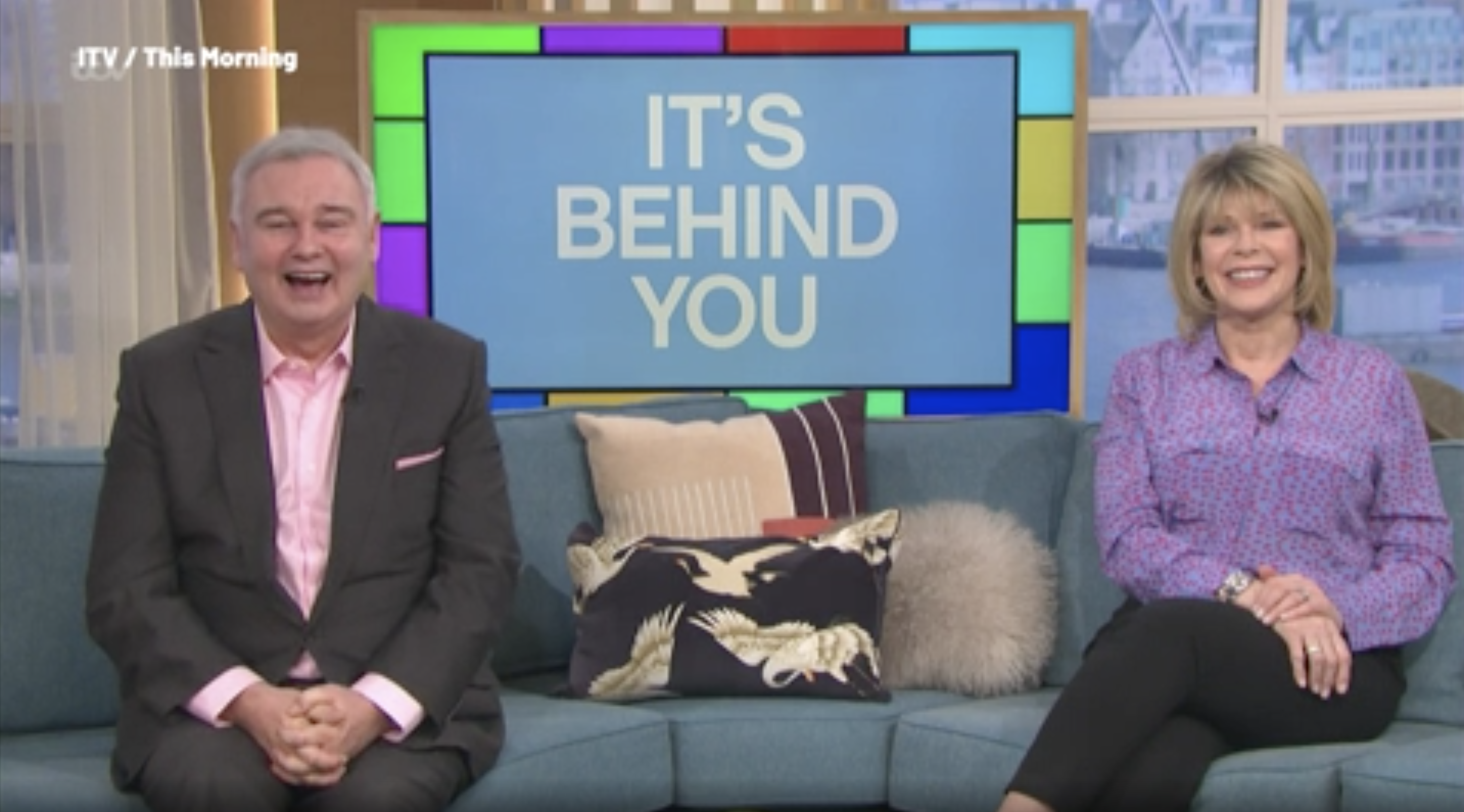 Just before he finished his call, he told Eamonn to ‘behave himself’, adding that the broadcaster ‘shouldn’t be so miserable’ and should ‘be nice’ to Ruth.

After Ruth thanked Stephen for his message, she turned to Eamonn and said: ‘He said you be nice to me.’

One This Morning viewer described the caller as a ‘legend’, tweeting: ‘The caller telling Eamonn Holmes to stop being miserable and to be nicer to Ruth is a legend. We were ALL thinking that.’

Another said: ‘Haha I’m always nice to you, yeah keep saying that Eamonn.

Good Morning Britain co-host Piers Morgan couldn’t help but gloat the other day when he was voted as being better looking than Eamonn in a poll of TV newsreaders.

Piers topped the chart with 42.9% of the vote, while Tom Walker finished second with 25% of the vote and Eamonn and Dan Walker were joint third place with 14.3% of the vote.

‘In time honoured awards fashion, I’d like to pay tribute to all those I beat… chin up, chaps,’ Piers wrote on Twitter.

‘No shame in losing to a news Adonis,’ he added.