The 60-year-old, who was booted out of the jungle last night, showed off her weight loss after three weeks on a basic diet. The Chase star, who appeared via video link from Australia,  revealed her trimmed down figure is down to her body rejecting rice.

She told Phillip Schofield and Rochelle Humes: “The trouble is really there is no salt.

“About a week ago my digestive system just said to me ‘I’m sorry, I'm not having any more rice. I can have beans, I can have rice and beans but I am having no more rice because it is just going straight through’.

“So since then I’ve not had rice by itself. It just went straight through me.” 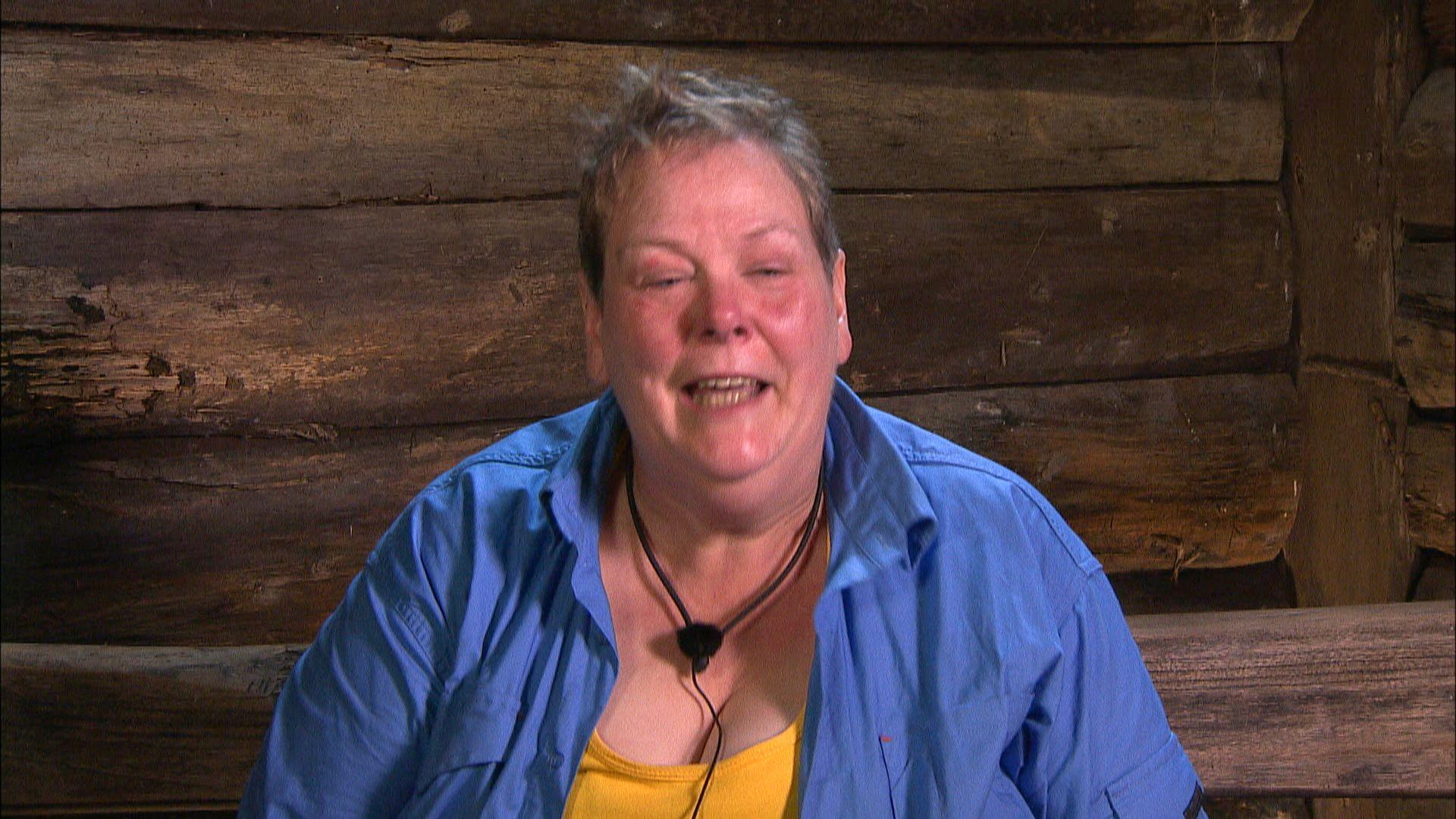 Those watching at home took to Twitter to comment on her new look, which included an impressive tan.

One fan wrote: “Jesus Anne has lost a shed load of weight. She looks good #ThisMorning.”

While another commented: “Anne tanned good and lost so much weight #ThisMorning #imaceleb #annehegerty.”

And someone else remarked: “Well done Anne! Watching u on this morning u look great! How much weight have u lost? X” 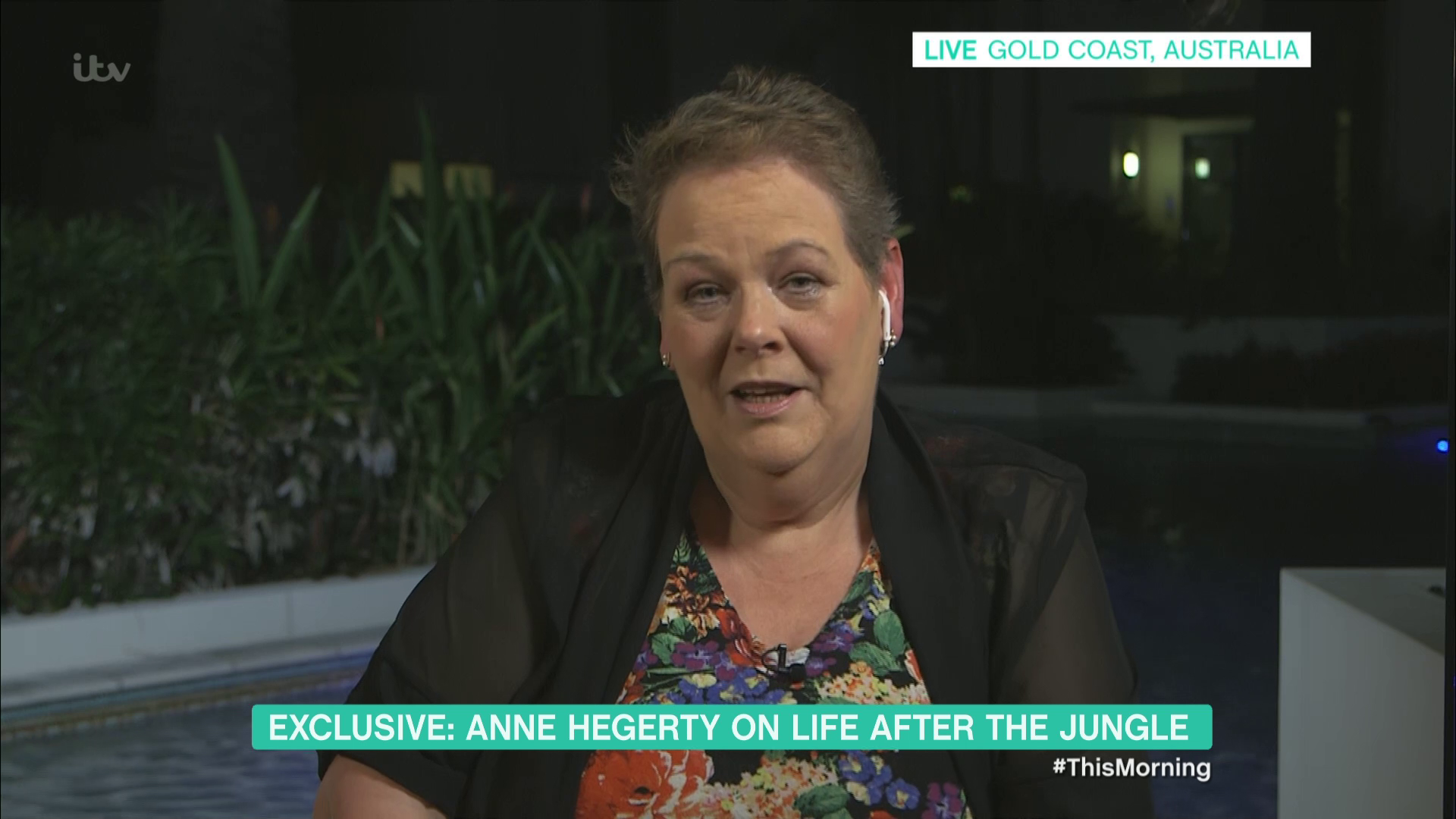 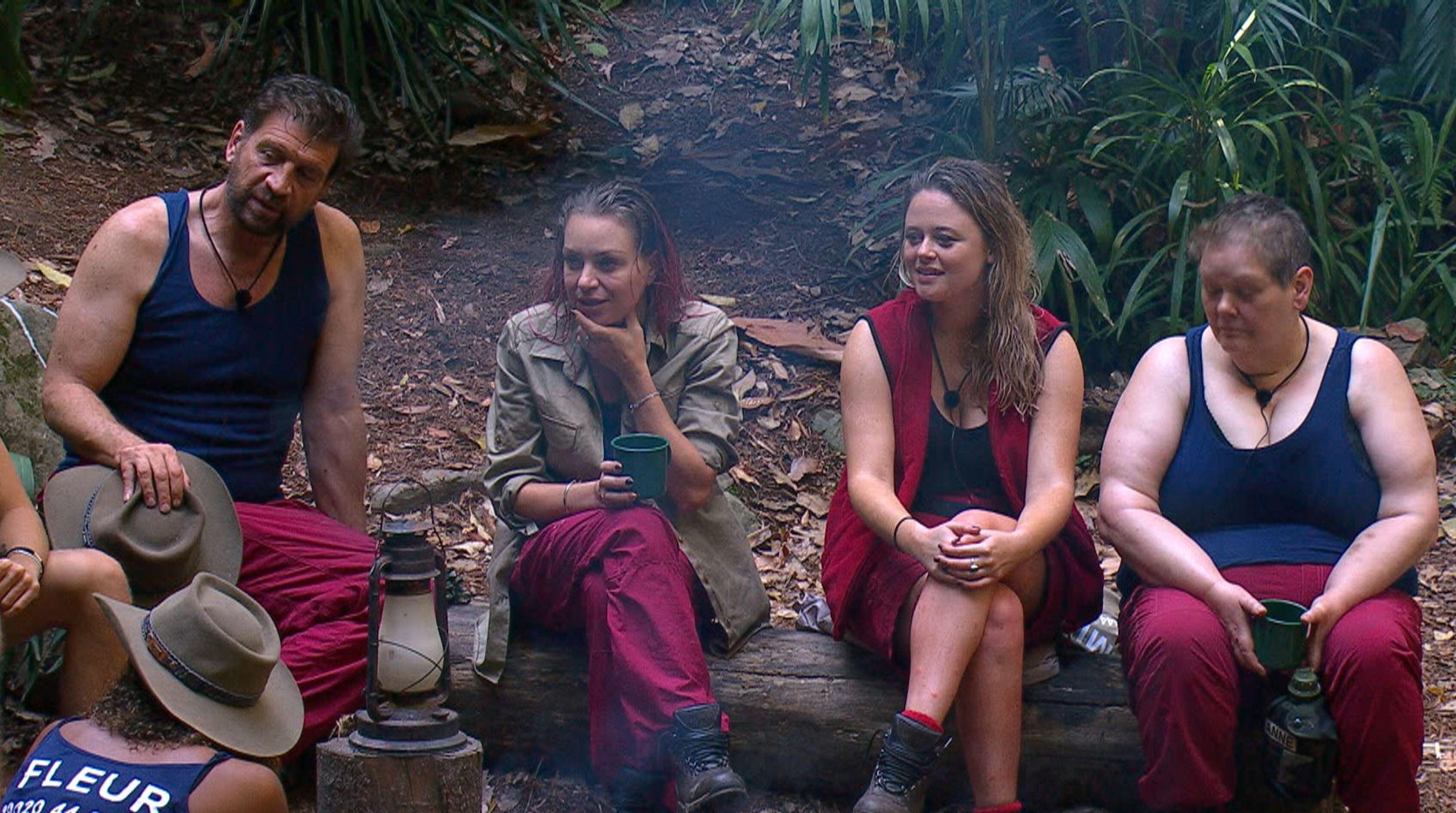 Meanwhile Anne also revealed that her campmates had stopped her from walking when she first arrived.

She admitted: “I couldn’t possibly have coped without them. I would have walked out the first morning in Snake Rock!

"But they were just so extraordinarily supportive and kept saying, ‘Just give it a few more hours’ and ‘have a spoonful or rice and beans, you’ll feel better’ [they] encouraged me along and to take one step at a time. They were utterly fantastic.” She revealed she was overwhelmed with the support she received during her time on the show.

“I am sort of getting to grips with it. I have been slowly easing myself back into social media,” she said.

“My brother was telling me that social media has gone bonkers in a good way.”

Discussing what she had learnt about herself during the process, she said: “I’ve learnt that I’m far more of a wimp than I thought I was going to be! I’m really utterly pathetic…

"I thought I was just pathetic about spiders, but I’m pathetic about any kind of wriggly invertebrate. If you drop mealworms into my bra then yes, I’m going to go in complete meltdown!” The star added: “I’ve learnt that either I can get along with people better than I thought I could or more probably it was an exceptionally nice year full of lovely people.”

She added: “Am I glad I did it? Yes, I am. I’m glad to have done it. It’s been an extraordinary experience and a learning curve, but most importantly I’ve made ten fantastic friends.”