Philip Schofield looked stunned as the dancers performed the X-rated routine and covered their TV Bafta statuette’s eyes throughout. Channing Tatum, who stars in the live stage show, was not on the sofa but viewers didn’t seem to mind.

Another tweeted: “Oh my goodness! You made an oldish lady happy and I don’t like this sort of thing usually!”

While a third added: “The best section in a long time @thismorning got my 46yr old heart racing! I thank you!” At the start of the segment, Rochelle admitted she was getting flustered about watching the performance before diving behind Phil as the dance began.

The group worked their magic to the film’s iconic Pony Song and took over the studio to perform their racy routine.

At the end, Phil, 56, admitted he was a little stunned by what he’d just seen. 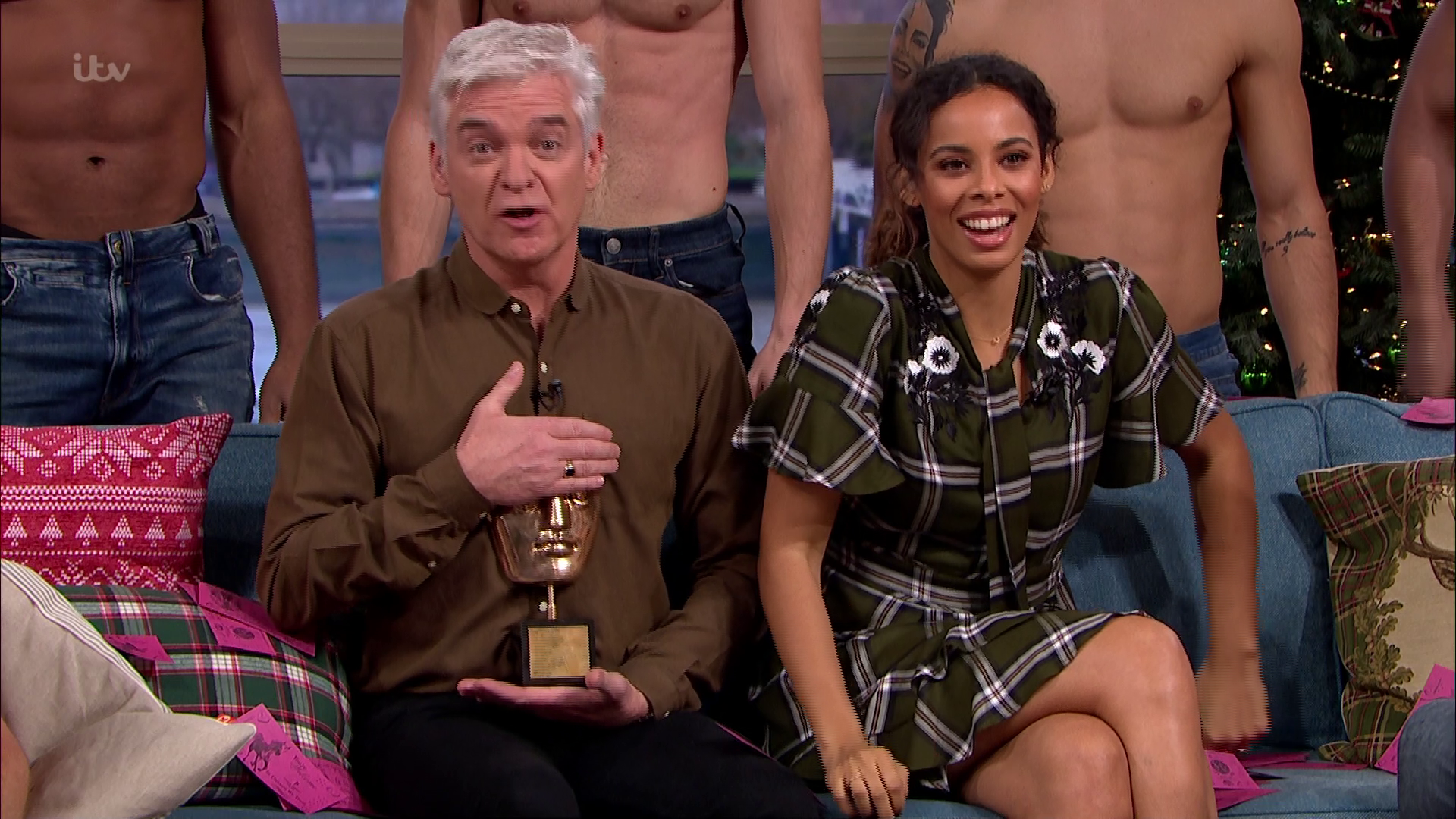 Looking straight into the camera, he told the audience: “By jove! Dear me. You’re welcome!”

Magic Mike Live started in Las Vegas before coming to the UK.

Channing launched the spectacular during this Britain’s Got Talent final and has been spotted wowing the crowds at a number of shows in the capital.