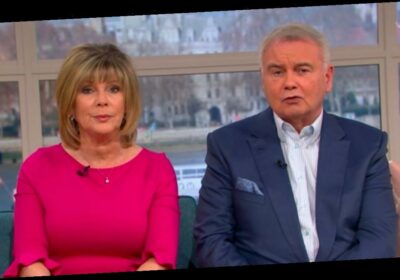 This Morning viewers were left stunned after a guest joined the presenters on today's show to recall how he was forced to eat his companions following a plane crash.

Jose Luis 'Coche' Inciarte was left stranded in the Andes for 72 days after the plane he was travelling on crashed in a remote location.

He was one of just 16 people that survived the 1972 incident when a plane carrying 45 people hit a mountain while en route to Santiago in Chile.

Reflecting on the jaw-dropping ordeal on today's episode of This Morning, Jose Luis spoke frankly about the difficult decision the survivors were forced to take while stranded on the mountain.

He told Eamonn Holmes and Ruth Langsford: "There's no other option if you want to stay alive. We made a meeting and we argued to do it, or not to do it. Not to do it seemed the be the same as to die. Everybody decided to eat."

While this was a brave story of survival in the face of adversity, many viewers suggested that the topic might have been too gruesome – especially on a bank holiday Monday lunchtime when children were off school.

"Not a great timed interview whilst eating lunch lol," penned one viewer.

Another fumed: "it's Easter MONDAY KIDS ARE AT HOME…… AND UR TALKING ABOUT SOMEONE EATING HUMAN FLESH ON DAYTIME TELE?! ! I LIKE YOU TWO BUT TODAY THIS IS VILE!!!! SHAME ON THIS MORNING!!!!!!"

A third wrote: "Stories like this should be AFTER the watershed & carry a warning, ill timed & misjudged, there's a social responsibility comes with airing certain subjects."

Despite a backlash, other viewers defended the incredible storyteller and was stunned that This Morning cut Coche off because they were going to adverts.

Others simply suggested that angry viewers could have easily switched over the channel if their children were watching.

A representative for ITV has been approached by The Daily Star for comment.