Home » TV & Movies » 'This Is Us': Milo Ventimiglia and Chrissy Metz Talk Season 5

'This Is Us': Milo Ventimiglia and Chrissy Metz Talk Season 5 There will be a lot for the Pearsons to contend with in season 5 of This Is Us.

NBC’s family drama kicks off its new season on Tuesday with the family, like many across America, trying to navigate the uncertainty and emotional weight of the coronavirus pandemic and racial strife as the Big Three prepare to celebrate their 40th birthdays. Combined with the aftermath of Kevin and Randall’s big fight, Rebecca’s rapidly deteriorating mental state, Kevin’s impending fatherhood and Kate and Toby’s adoption plans, something has to give.

“There’s a lot to unpack,” Ventimiglia told ET’s Nischelle Turner of the two-hour premiere. “A lot has happened since March: racial injustice and COVID and quarantining. [Creator] Dan [Fogelman] and the writers really did the best version of it in the way that the Pearsons tell stories and address personal things but at the same time look at the large picture. The writers have done a wonderful job to address all of that, from corona[virus] to Black Lives Matter, racial injustice. Those are things, as responsible artists, the writers and and the present-day cast have done such a beautiful job of addressing these things that are really weighing on people right now.”

Though Jack will not bear witness to how the family handles present-day conflicts taking center stage, Ventimiglia noted that the conversation surrounding race and identity has been deeply ingrained in the Pearsons’ DNA — ever since they adopted Randall into the family.

“That’s been something in Jack’s mind, in Jack’s heart since the moment he looked at Randall and fell in love with his son. He has been dealing with it as well, in a different way than where we are currently, presently. But yeah, it’s absolutely something that’s been in the family’s conversations for years and years and years,” the 43-year-old actor said, adding that those early conversations from Randall’s formative years as a child could “possibly” play out in flashbacks. “I think it could. The past is always informing the present and the present day is always reflecting the past and looking back. It’s probably the goal to never be too heavy-handed with the storytelling that we do. But I absolutely think, all of it’s been reflected the past four seasons but it wouldn’t surprise me if we don’t see more of that moving forward this season.” 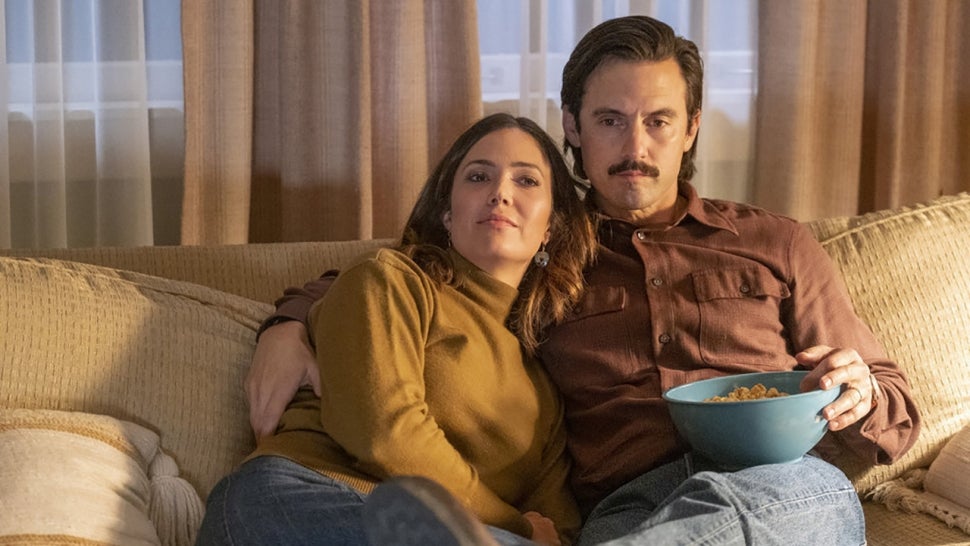 One of the biggest unresolved conflicts is Kevin and Randall’s fractured relationship following their blow-up in the season 4 finale, when they both brutally expressed their unfiltered feelings about each other. As the patriarch of the family, Ventimiglia admitted that seeing the brothers at odds like that was excruciatingly difficult but offered hope that they could one day mend fences. The impact, however, will reverberate throughout the entire Pearson clan to varying degrees for the time being.

“We’re going to get the boys back together because it’s kind of heartbreaking. That was a painful one. That reminded me of the end of season 1 when Jack and Rebecca were having that big argument. This one absolutely felt the same way,” Ventimiglia said. “But these two men have had a strained upbringing and it was only a little more recent that we found them make some common ground and really come together as family. That’s going to be a tough one to recover from but I think, hopefully, that is the goal, to get the Pearson brothers back together.”

Chrissy Metz Shares ‘This Is Us’ Season 5 Updates! (Exclusive)

Chrissy Metz Shares ‘This Is Us’ Season 5 Updates! (Exclusive)

“You think about the Big Three, you got Kate in the middle of all that. And it’s a tough thing. I think it’s a hard thing to face for the kids who have been raised a certain way and now it’s like, what they were dealing with growing up is now very much echoed and reverberated back in the state of the world,” he continued. “It does create a lot for the entire family to deal with. It’s not just the boys being alone with this, you know? By extension it’s Beth, Randall’s wife. By extension it’s Toby, Kate’s husband. It’s mom, it’s Miguel, it’s everybody and everything.”

Chrissy Metz offered a preview of how Kevin’s surprise that he’ll be welcoming twins with Madison, one of Kate’s closest friends, impacts her character and the rest of the family. As the trailer hints, Kate isn’t exactly accepting of Kevin’s news (and spur-of-the-moment engagement).

“Initially I was like, ‘Ahh!’ The only friend that Kate has and he’s going to do this? I thought, ‘This is going to be good for him,'” Metz, 40, shared with ET. “He needs something to ground him sometimes and also he’s still working on his sobriety as sobriety is always something you work towards and it’s a one-day-at-a-time thing. But I think something bigger and more important that he can get out of his head will be really good for him. So I’m happy about it now. Initially I was like, ‘Uh huh!’ But now I’m really excited about it.”

But this will likely affect Kate’s relationship with Kevin more than it does her friendship with Madison. As Metz explains, Kate’s bond with Kevin is tight “because they’re twins and they literally shared a womb together — not that Madison isn’t a great friend — but I think it’s one of those things where you can get mad at family and know that they love you and you still love them. But you’re like, ‘What in the world?’ I don’t think Kate’s going to take a side but I think that she’s actually honestly happy for Madison because it’s a great thing for Madison too. I’m of the thinking that a child chooses the parent.”

And then there’s Kate and Toby’s decision to expand their family through adoption. While the future future flash-forward revealed their adopted daughter, Hailey, as an adult, the pandemic will force the couple to revisit their family planning — for now.

“They’re like, ‘What are the challenges we can have? Can we get any more?'” she said. “It’s going to make them second-guess if this is the right time, the right move for now, but also it shows everybody who watches this show that you still live your life to the best of your ability. That’s the hope in it, that they’re going to keep forging forward because they want it really desperately. Sometimes it doesn’t look the way you want it to but you have to keep going and I think it’ll bring a lot of people hope.”

As for the mysterious whereabouts of where Kate is in the future, Metz remained mum. Theories have floated around that Kate may not be alive in the flash-forwards, as she is the lone member of the Big Three who has not made an appearance.

“I don’t know if we’re going to find out this season or at least not in the beginning part of the season about where sister girl Kate is but I just say, don’t fret,” Metz said. “She could be at a dry cleaners, y’all. I’m just saying!”

This Is Us returns with a two-hour premiere Tuesday, Oct. 27 at 9 p.m. ET/PT on NBC. For more on season 5, watch ET’s interview with Justin Hartley below.