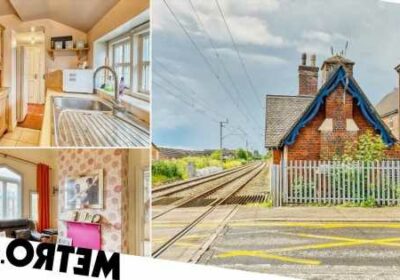 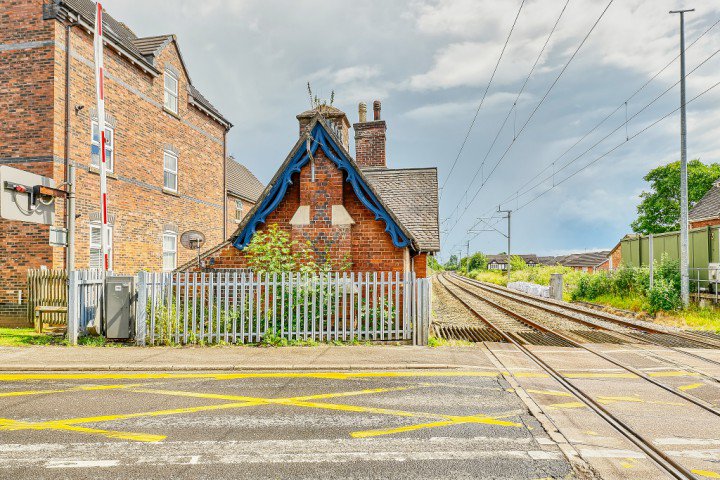 They say transport links are a big selling point for a home – and you can’t get much closer to the station than this property.

The quirky Grade II listed cottage, in Stone, Stafford, is positioned right next to a railway crossing, practically on the tracks.

The adorable home was built in 1850 and it was originally the home of the gatekeeper, whose job it was to close the barrier at the road crossing whenever a train was due.

But now the gates to the tracks are automated, so anyone who moves in wouldn’t have to worry about opening and closing them.

The one-bedroom home is now privately owned and has recently been lived in by a self-confessed train lover.

But he has now put it on the market with a guide price of £95,000. So, if you’re in to train spotting, and you don’t mind the rattle of the tracks, it could be the perfect home for you.

Gate Keeper’s Cottage does have excellent transport links as is right on the Glasgow to London mainline – three cross-country trains race past every hour.

According to the auctioneers handling the sale, the occupiers of the cottage get used to the noise of the trains very quickly… but you might have to be the judge of that.

Inside, the bungalow has a galley kitchen, a lounge, master bedroom, dining room, shower room and separate toilet.

Outside, there is a small cottage garden and parking for one car. There is also a wooden picket fence separating the cottage from the train tracks.

Danny Mayer, of Auction House which is selling the cottage, says: ‘The property used to be the gatekeeper’s cottage and so it is right next to the railway line.

‘It has been very well looked after and is now a Grade II listed building.

‘The current owner bought it because they had an interest in trains but they have decided to move on.

‘Of course it would suit someone who likes trains, but it could also attract a first time buyer, or someone who wants a second home.’

Danny adds that when you are outside the cottage you are very aware of the railway line, but that is not the case inside.

‘You get used to the sound of the trains going past quite quickly and the house does go dark for a second or two,’ he admits.

‘It is ideally situated for commuters with easy access to Stone town centre with it variety of shops and amenities and only a short drive from the county town of Stafford.’

The cottage will go to auction on 13 July.