Home » TV & Movies » The Yorkshire Vet: Peter Wright speaks out on exit from Skeldale ‘Lump in my throat’

The Yorkshire Vet: Peter Wright speaks out on exit from Skeldale ‘Lump in my throat’ 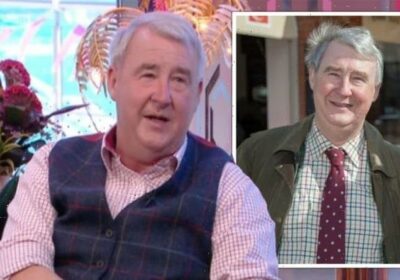 The Yorkshire Vet is a Channel 5 documentary series that follows veterinarians Peter Wright and Julian Norton as they attend to animals in need at their practices in North Yorkshire. Over the years Peter has worked on varying patients at Skeldale Veterinary Centre but has now revealed he’s leaving. In a recent interview, the star spoke out about the truth behind his exit from Skeldale.

Peter opened up about leaving his beloved Skeldale Veterinary Centre in a recent episode of Steph’s Packed Lunch.

He admitted that the practice had been a big part of his life for a number of years, saying: “Well my life really has been Skeldale for nearly four decades.”

Leaving the practice is a big move for Peter as he’s worked at Skeldale Veterinary Centre since 1996.

When he first started there Peter worked with Alf White and Donald Sinclair (the inspirations behind James Herriot and Siegfried Farnon in All Creatures Great and Small). 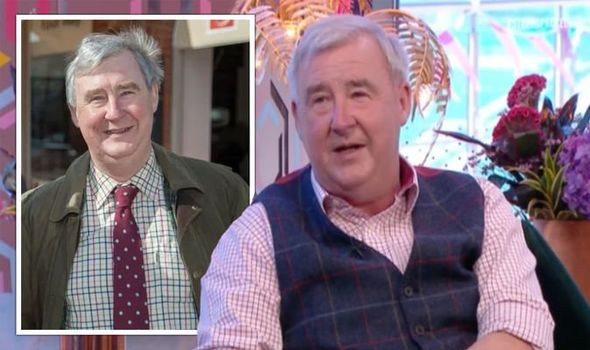 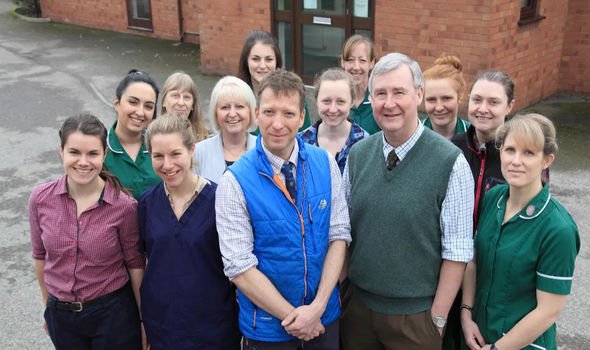 Peter has already filmed his exit, but it’s set to air on the Channel 5 show tonight (June 1).

“When I did walk out from my last night of working there I did have a bit of a lump in my throat,” the veterinarian confessed.

Peter explained the real reason for him leaving the practice is because he wanted to continue working with farm animals.

He revealed: “I’m leaving Skeldale, as far as the program’s concerned, as of tonight and people have been quite concerned. 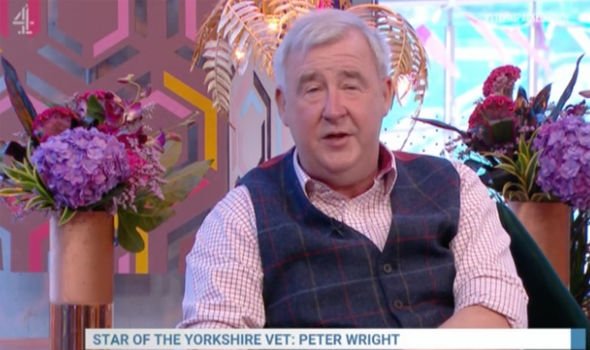 “The reason I’m leaving is because at Skeldale it’s no longer economical for them to look after farm animals. That’s been a big part of my life.

“We’ve had quite a lot of viewers ringing in saying ‘what’s going to happen to your clients that you’ve loved all these years?’

“Well, I just want to reassure the viewers tonight that they will be looked after, by who I’m not going to say, but you’ll have to tune in tonight and find out,” he added.

The popular Channel 5 show has now reached its twelfth series and Peter admitted he never expected it to have such great longevity.

He said: “It’s fantastic. I mean at the start of it when we were asked to make the program we did a pilot series of six episodes.

“I said ‘That’ll be it.’ I said ‘People have seen enough vet things already, nobody will watch it.’

“In true Yorkshire fashion, I said ‘You’ll be wasting your money,'” Peter revealed.

The Yorkshireman admitted the attention he’s got from being on the hit TV show was a bit of a shock at first, as he said: “To start with I was quite shy.”

Peter went on to explain how he had to force himself to get over his shyness.

He said: “I was at a television do in Leeds and I had this microphone thrust into my hand and they said ‘Look there’s a spotlight on you we want you to make a comment’

“There were about 2,000 people there and at that point, I just completely lost my shyness.

“It just went and I thought I’ve got to go for it, I’ve got to do it and at that point, I wasn’t bothered anymore,” he explained.

The Yorkshire Vet airs Tuesdays at 8pm on Channel 5.