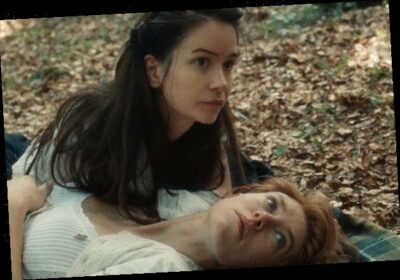 Sundance 2021: The bleakness of frontier life underscores the emotional anguish of a pair of unhappily married couples 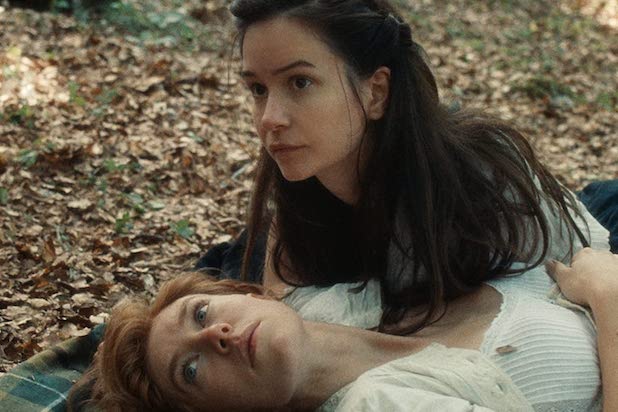 “With little pride and less hope, we begin the new year.” So starts Mona Fastvold’s mournful frontier romance “The World to Come,” on January 1st of 1856. (The film’s Sundance screening follows a premiere at Venice and precedes an imminent theatrical release.)

The words are written in the diary of young wife Abigail (Katherine Waterston), who reads them as an ongoing narration of her inner thoughts and torments. She and her husband, Dyer (co-producer Casey Affleck), have recently lost their little girl to diphtheria, and the space between them is miles wide. He has channeled all his emotions into their struggling farm, a hardscrabble plot in frigid upstate New York. She is pouring hers into the diary, when she’s not cooking, cleaning, milking cows and taking care of Dyer.

Into this austere existence blows Tallie (Vanessa Kirby), an outgoing new neighbor who is married to the severe Finney (Christopher Abbott), and desperately needs a friend. Tallie’s frank conversation and open ease surprise the shy and soft-spoken Abigail, but also enchant her. It has been a long time since there was joy or honesty or even just idle conversation in her home.

It’s not long before their friendship turns into romance, even as the husbands begin to resent their bond. Dyer is, at first, glad to see Abigail emerge from her grief. But eventually, he wonders why she is only happy when Tallie comes to visit. As for Finney, his Old Testament views of a woman’s role do not allow for any happiness whatsoever. He has never been able to control Tallie, but to see her rushing to visit a neighbor each day when she should be home serving him is flatly unacceptable.

For her second feature, Fastvold (“The Sleepwalker”) works from a spare but effective script by Jim Shepard, who wrote the original short story on which it is based, and Ron Hansen, who wrote “The Assassination of Jesse James by the Coward Robert Ford.” And it’s the authentically-felt pioneer environment that sets this movie apart, hardship and survival seeping into every inch of the frame.

Watch Video: What Vanessa Kirby Told Ellen Burstyn Just Before Her 'Pieces of a Woman' Monologue

Cinematographer André Chemetoff (“Wonders in the Suburbs”) makes the most of this desolate setting, his camera capturing every bleak and breathtaking image of the barely-settled land (the Romanian countryside substitutes for New York). Daniel Blumberg’s doleful score is well-suited, but it’s the layers of incessant diegetic sound — squealing animals, chiming cowbells, whistling wind — that are most impactful. Meanwhile, the dark interiors, thoughtfully created by production designer Jean-Vincent Puzos (“The Lost City of Z”), are no haven; it feels as though time stands still whenever any husband and wife are alone in a house together.

That’s a lot to carry, and only half of the cast manages it. Abbott all but twirls his mustache in villainy, while Kirby is distractingly modern in cadence and confidence. Even as an outsider ahead of her time, Tallie doesn’t persuasively fit into a world drawn so meticulously in its period constrictions.

In contrast, Affleck, who has a gift for tortured interiority, turns Dyer’s helpless solitude into a stifled manifestation of pain. He hasn’t been taught how to express himself, or what to do with a wife who tries. And Waterston is similarly poignant as the luckless Abigail, a woman born with intelligence and ambition and not a single outlet for either.

Historical lesbian love stories have become an increasingly prolific genre recently, and this one doesn’t strike much new ground as a romance. But it’s haunting as a portrait of a marriage trapped in amber, each partner screaming silently inside themselves.

“The World to Come” opens in select theaters on February 12 and on streaming March 2.