The Winchesters, Walker Independence Set for Short Freshman Runs, as Future of The CW Remains Unclear 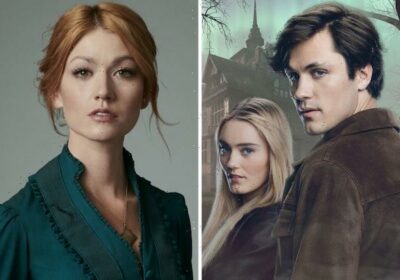 The Winchesters and Walker Independence will see their seasons capped at 13 episodes.

According to our sister site Deadline, the Supernatural and Walker prequels will not be receiving backorders — though Season 2 renewals are still a possibility. The decision was made by the network’s new, Nexstar-appointed president Dennis Miller, who has decided against backorders for all first-year CW dramas (which would also include midseason entry Gotham Knights, which is still awaiting a premiere date).

Walker Independence across its first four episodes has been averaging 560,000 total viewers and a 0.05 demo rating (in Live+Same Day numbers), showing decent retention out of its sire (which is averaging 730K and a 0.08). Delayed playback gooses the “Windy” audience by some 83 percent.

The Winchesters, meanwhile, is averaging 600K and nearly a 0.1 across its first three episodes, and as a self-starter on Tuesdays. DVR playback boosts its audience by 66 percent.

The short-order news for The Winchesters and Walker Independence follows the recent cancellations of two of The CW’s remaining scripted originals: DC’s Stargirl (ending with Season 3) and Nancy Drew (ending after Season 4). Fellow veterans The Flash (entering Season 9) and Riverdale (entering Season 7) are also set to end next year — and, according to Deadline, the list of final seasons is only expected to grow.

Along with The Winchesters, Walker Independence and midseason entry Gotham Knights, the fates of All American, All American: Homecoming, Kung Fu, Superman & Lois and Walker, beyond the current broadcast season, remain up in the air.