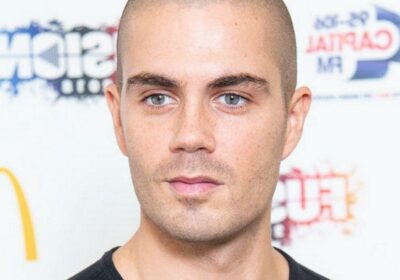 The Wanted singer Max George has spoken openly about the time when he accidentally stabbed Dame Kelly Holmes leaving her bleeding profusely while on the set of a reality show.

While on the survival programme an unaired accident took place in which Max stabbed the Olympic icon in the arm with a knife while trying to start a fire.

The horrific incident caused Dame Kelly to bleed in abundance on the campsite and led to Max receiving his marching orders from the TV host Bear.

Talking about his experience on the Dangerous Dinners podcast, Max explained: "I messed up. Technically, I stabbed her with a knife.

"She was trying to make a fire and I said, ‘Give it here.’

"I slashed the knife on the metal and I missed it and it slashed her.

"There was blood everywhere. I stabbed a dame!"

Max revealed that the dreadful experience cost him his place on the show but he was even more devastated that he let down his on screen hero, Bear.

The singer said: "Bear sent me home. And I was a massive fan, I had all his videos."

He continued: "I was gutted I messed that up. I was gutted I hurt Dame Kelly, first of all. But then my experience was cut short.

"I was in Costa Rica and that kind of thing is my dream."

Despite the unexpected drama that took place at the time, there are currently no hard feelings between Olympic medallist Dame Kelly and the All Time Low singer.

In fact, the Dame seemed more worried that Max was sent home at the time.

Speaking about the incident to The Sun on Sunday, the two-time Olympic gold winner said: "It was a complete accident and I was sad when he went as he was so cute and lit up the camp with his smile."

Though he was booted off of Bear Grills six years ago, this didn't stop Max from landing work on other poplar reality shows.

Last year, Max appeared on BBC's Strictly Come Dancing but became the third celebrity to be given the boot, after a shock dance-off with Maisie Smith.

Though things were initially smooth sailing for the Salford born lad, Max hit headlines while on the show as BBC viewers saw him cheering "f****ing get in" as he triumphantly ended the American Smooth with his dance partner Dianne Buswell.

Taking to Instagram, the singer apologised once the live show had finished.

He said at the time: "Apologies by the way if I let out a bad word – it was just in the moment.

"I do apologise, I really hope I didn't offend anyone.

"I hope the dance didn't offend anyone either, so if you liked us please vote for us!"