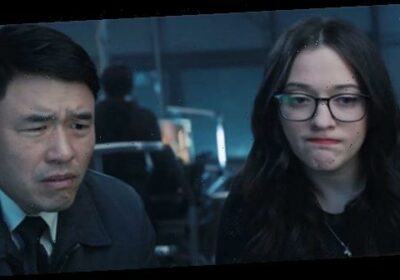 Today sees the final episode of WandaVision hitting Disney+, bringing the television-warping Marvel Studios series to an end. Since the episodes debut at 12:00 A.M. PT overnight, that means the finale is already available, and there may already be some spoilers lurking online. We’ll be keeping those well hidden until a decent amount of time has passed, and Marvel Studios hopes you’ll be able to do the same.

In a new video, WandaVision cast members Randall Park and Kat Dennings are imploring fans not to spoil the series, especially that one part in that one episode where that one thing happened.

Even though we’ll be dissecting the finale with an extensive review and our usual spoiler discussion on the SlashFilm Daily podcast, we’ll do our best to keep any major spoilers from being easily seen on the site until at least the end of the weekend. Our stance is usually to avoid major spoilers until they’re publicly and widely acknowledged in marketing and publicity, but we consider every spoiler carefully and on a circumstantial basis.

Once WandaVision is over, we’re sure there will be plenty to discuss, and then it’s on to The Falcon and the Winter Soldier, kicking off on March 19. We’ll definitely be keeping up with the gamut of Marvel Studios shows coming our way, and we’re very curious to see what kind of impact they have on the future of the Marvel Cinematic Universe on the big screen. So stick with us as we dig deeper and deeper into Marvel’s superhero stories.