'The Voice': Ryleigh Modig Wows the Coaches With 'Drivers License' 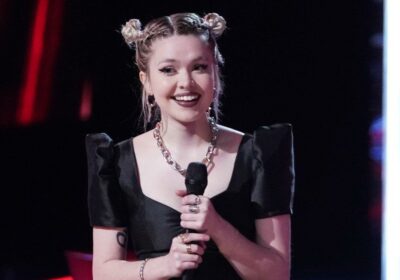 The 18-year-old singer gave a show-stopping performance of the massively-popular Top 40 hit during Monday’s Top 17 live shows, wowing all four of the coaches with her rendition, which her coach, John Legend, called “so special.”

“You put so much heart and soul and sadness and beauty and emotion into that song,” he added, as fellow coach Kelly Clarkson agreed. “I was just sitting here feeling so lucky that you’re on my team now.”

In addition to their coaches, the season 20 contestants have also had the help of their Mega Mentor: rap legend Snoop Dogg! ET spoke with Snoop while he worked with singers during the Knockout rounds, and the legendary rapper shared how excited he was to help coach the teams and impart his own experiences on the up-and-coming stars. But, while he had thoughts on each of the season 20 coaches, Snoop wasn’t playing favorites!

“It’s hard to say which team that I like working with the best, because there’s so much talent inside of each team,” he marveled. “Each team has some unique singers and some unique artists that could possibly make it past the show. I know only one person’s gonna win, but it seems like there’s about six or seven record deals up in here.”

The Voice airs Mondays and Tuesdays at 8 p.m. PT/ET on NBC. See more from season 20 in the video below!