Home » TV & Movies » The Truth About The Bachelor’s Ashley Iaconetti

The Truth About The Bachelor’s Ashley Iaconetti 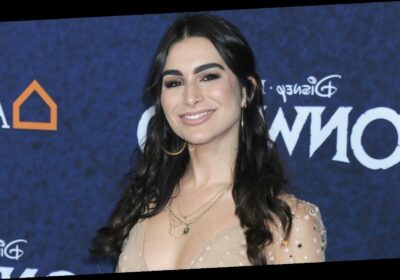 The battle for Bachelor Matt James’ heart has taken a dramatic turn, and it is mostly due to controversial contestant Victoria Larson. She has stirred up drama ever since exiting the limo and announcing herself as Queen Victoria, but now, Victoria may have gone too far and burnt her bridges with a Bachelor Nation legend: Ashley Iaconetti.

On her podcast, The Ben and Ashley I. Almost Famous Podcast, Ashley recounted how she’d appeared on the Jan. 18, 2021, episode of The Bachelor to help facilitate a group date in which the ladies penned erotic stories. “[Victoria] was going in-depth about what she likes to physically happen to her during sex,” Ashley explained, adding that she encouraged Victoria to tame her story. “Do you think this is something that Matt is going to be into hearing right now?” she allegedly asked the contestant. To no one’s surprise, Victoria didn’t take kindly to the criticism, however well-intentioned it was. “She was like, ‘I think you were kind of rude and kind of judging me for wanting to talk about my fetish,'” Ashley recalled on Almost Famous.

But while Victoria is a Bachelor Nation newbie, Ashley has long been a staple in the franchise. Not only that, but her real-life romance with fellow Bachelor alum Jared Haibon is the stuff that Bachelor dreams are made of! Keep reading to learn more about one of Bachelor Nation’s standout personalities.

Ashley Iaconetti was once known as the "crying girl"

Before Ashley Iaconetti found her happily-ever-after with Jared Haibon, she was just your average Bachelor contestant, albeit a self-professed virgin who wasn’t afraid to get real emotional. In fact, her frequent crying jags were something of an inside joke with Bachelor Nation. Not only did POPSUGAR compile a photo gallery of her “most tearful moments,” but host Chris Harrison made a nod to Ashley’s infamous waterworks when she appeared on a Jan. 18 episode of The Bachelor. “Well look who showed up to help @mattjames919 find love!” Chris captioned his pic. “For the record @ashley_iaconetti didn’t cry once in the making of this episode #TheBachelor.”

Ashley first competed for Chris Soules’ heart in 2015, appearing on Season 19 of The Bachelor (via Us Weekly). According to an ABC episode recap, she was sent packing in week six during a particularly awkward two-on-one date, which ended in (no surprises here) floods of tears. But one go-round with The Bachelor wasn’t enough for Ashley and her tear ducts. According to Us Weekly, she also went on to appear in Seasons 2 and 3 of Bachelor in Paradise, where she first met future hubby Jared.

It’s not uncommon for Bachelor alumni to find love on the spinoff series Bachelor in Paradise, but Ashley Iaconetti and Jared Haibon’s relationship is unusual. The pair were close friends for three years before finally making their relationship ‘gram official. In a video titled “The Story of Us,” Ashley recapped her love saga with Jared and admitted she’d been attracted to him early on. “I remember walking down the steps in Paradise and seeing him at the bar … I was just so gravitated and drawn to him. It was truly love at first sight,” Ashley explained in “The Story of Us.” But for Jared, it was more of a “slow burn.” Despite Ashley’s heartbreak after Jared “dumped” her on the show, the two focused on friendship.

Disclaimer: It was a flirty friendship. A 2015 charity event with the couple’s friends was all it took for Jared to see Ashley differently. “I was in love,” Jared said in “The Story of Us.”

“That was such a different experience being with someone in the show and in real life. You were just so down to earth and easy-going, ambitious … sexy.” After some mixed signals and lots of back-and-forth, Jared later confessed his feelings to Ashley in a letter after she broke up with The Bachelor Winter Games alum Kevin Wendt (more on him in a minute). Ashley and Jared confirmed they were dating in May 2018 and married in 2019.

For a while there, it seemed like Ashley Iaconetti would never get her fairytale ending with Jared Haibon, who admitted to being in “a confused place,” in the Chicago Tribune in 2018. During that time period, Ashley did what she had to, and tried to move on. In 2017, People reported that she met Canadian contestant Kevin Wendt on the set of The Bachelor Winter Games. While the pair dated, Jared came to terms with his feelings for Ashley and even confessed how he felt while the pair were on a group vacation in St. Lucia. In a move that’s straight out of the rom-com archives, Jared pulled her in for a kiss at the airport! Though Ashley was receptive, she regretted her decision to kiss him back and resolved to continue dating Kevin (per People).

“I thought, ‘Okay well that’s everything I’ve ever wanted, but I’m definitely gonna continue dating this other guy,'” Ashley told People. “I do like him. He’s pursued me … he’s been all in the entire time and I deserve to pursue somebody else and for somebody else to pursue me after all this time.” However, Ashley’s lingering feelings for Jared made her realize that her relationship with Kevin had run its course. “I just knew in my heart at that point that it wasn’t right with Kevin,” she said to People.

What's Ashley Iaconetti up to now?

So, with a ring on her finger and a husband on her arm, what has Ashley Iaconetti been up to since she left our TV screens? Well, maybe she hasn’t left our TV screens quite yet. In 2019, Ashley announced the launch of a documentary-style YouTube series Rose Buds, which follows her post-Bachelor life and features other familiar faces from Bachelor Nation, including Jared Haibon, Nick Viall, Dean Unglert, and Jade and Tanner Tolbert.

Like other Bachelor alumni (looking at you, Becca Tilley), Ashley also started a podcast with former Bachelor member Ben Higgins. According to Stitcher, the pair launched The Ben and Ashley I. Almost Famous Podcast in 2018 and have been bringing their in-depth Bachelor knowledge and experience to the masses via weekly episodes ever since.

But when she’s not busy with all things Bachelor, Ashley has babies on the brain. On a Feb. 3, 2020, episode of Almost Famous, she asked former Bachelor contestant Bekah Martinez for “some words of encouragement” as she actively worked to become pregnant. “It’s not that much of a secret,” Ashley added. “I’m turning 32 next month.” Back in 2019, she had previously told Us Weekly of her desire to have three kids. There’s no doubt Bachelor Nation sends Ashley all the best wishes for her future family!