Home » The Truth About Tawny Kitaen And Jerry Seinfeld

The Truth About Tawny Kitaen And Jerry Seinfeld 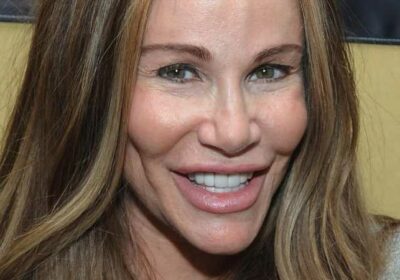 Music video icon Tawny Kitaen died at age 59 on May 7, but her memory lives on. She was best known for appearing in music videos for the ’80s rock bands Whitesnake and Ratt, as well as starring in several films and TV shows, including “Bachelor Party,” opposite none other than Tom Hanks in 1984. But in the 2000s, you probably knew her from reality TV shows like “The Surreal Life” and “Celebrity Rehab with Dr. Drew.”

Outside of her work on-screen, Kitaen was also well-known for some of her famous romances. From 1989 until 1991, she was married to Whitesnake lead singer David Coverdale. Later in the ’90s, Kitaen had a tumultuous marriage to Major League Baseball pitcher Chuck Finley from 1997 until 2002, per Cleveland 19 News. But those relationships were not all. On May 14, author Jerry Oppenheimer revealed in the Daily Mail several unknown details about Kitaen’s secret relationship with comedian Jerry Seinfeld. Read on for more about this unexpected pairing.

Tawny Kitaen and Jerry Seinfeld met through their sitcoms

On May 14, author Jerry Oppenheimer wrote in the Daily Mail all about the details of the secret affair between music video icon Tawny Kitaen and comedian Jerry Seinfeld. The duo first met while Kitaen starred in “The New WKRP in Cincinnati” and Seinfeld starred in his hit eponymous sitcom in 1991. According to Oppenheimer, both sets were nearby and that’s how they first met. “We’d see each other every day, we started talking, and he invited me to appear on his show,” Kitaen said, per Oppenheimer.

Later that year, she guest starred on “Seinfeld” and they started having a secret affair that they hid from everyone. Privately, Seinfeld romanced Kitaen a lot through love letters, flowers, weekend trips, and a new purse, while the newly famous comedian drove several Porsches. But according to Oppenheimer, the relationship ended after a year because Kitaen found out she was pregnant with Chuck Finley’s baby. She had started seeing the Cleveland Indians baseball pitcher around the same time. She went on to wed Finley in 1997 and their tumultuous marriage ended in 2002, per Cleveland 19 News. But Kitaen and Seinfeld’s relationship still lives on in ’90s lore.