The Truth About Frances McDormand’s Husband 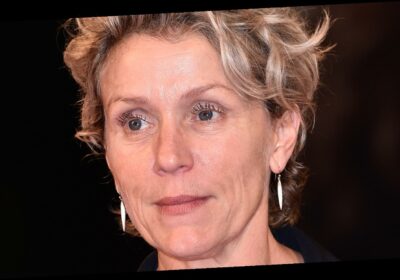 Frances McDormand will forever be known for playing fierce and powerful women on the big screen, for which she has become one of the most acclaimed female actors of her generation. In 2015, the American actor became one of the few to hold the so-called Triple Crown of Acting, a title awarded to those who have snagged an Academy Award, a Primetime Emmy Award, and a Tony Award, as noted by Good Living.

That year, McDormand won the Emmy for playing the protagonist in the 2014 HBO miniseries Olive Kitteridge, which followed her 2011 Tony for her work as a troubled single mother in the play Good People and the Oscar for bringing to life the quirky small-town sheriff, Marge Gunderson, in Fargo back in 1996. Since then, the Illinois native has earned yet another Oscar for her poignant interpretation of a grieving mother in search of justice in Three Billboards Outside Ebbing, Missouri in 2018 — a performance deemed as “ferocious” by The New York Times.

While McDormand’s accolades are the merit of her endless ability to bring depth to all her characters, she has a strong support system at home. In fact, the actor is married to the famous director and producer Joel Coen, with whom she has collaborated several times — including in Fargo. Keep reading to find out more about this power couple.

Frances McDormand and Joel Coen have been married since 1984

Hollywood relationships and marriages tend to be notoriously short, but Frances McDormand and Joel Coen certainly aren’t the ones helping those statistics. The actor and director met in 1983 when McDormand, then 24, auditioned for Blood Simple, which marked the beginning of her successful career as well as that of Joel and Ethan Coen, a.k.a. the Coen brothers, as per Good Housekeeping.

They married a year later when Coen slipped his ex-wife’s wedding ring on McDormand’s finger, according to The New York Times Magazine. While that may be an issue for many women, McDormand chose the practical path, contending that a good wedding ring shouldn’t simply go to waste, as per the article.

After working with the Coen brothers in Blood Simple, McDormand went on to star in Darkman in 1990 before stealing everyone’s hearts in Fargo. They have worked on many projects ever since, including as recently as 2016 in Hail, Caesar!. “The one thing that I’ve always been able to offer [the Coen brothers] is a complexity that fills out an idea they have of something,” McDormand said in 2016, according to The New York Times Magazine, adding it was a “revelation” for her to find a partner with whom she could work and not be “intimidated by.”

In between acting, directing, producing, and keeping us all entertained, McDormand and Joel raised a son together, Pedro, whom they adopted from Paraguay in 1995, as per Good Housekeeping.