THEIR story seems so unlikely that even the men involved throw back their heads in laughter at the absurdity of it all.

A bunch of ageing fishermen, one in his late seventies, would sing traditional sea shanties on the harbour wall at Port Isaac in Cornwall every Friday night to whoever wished to listen. 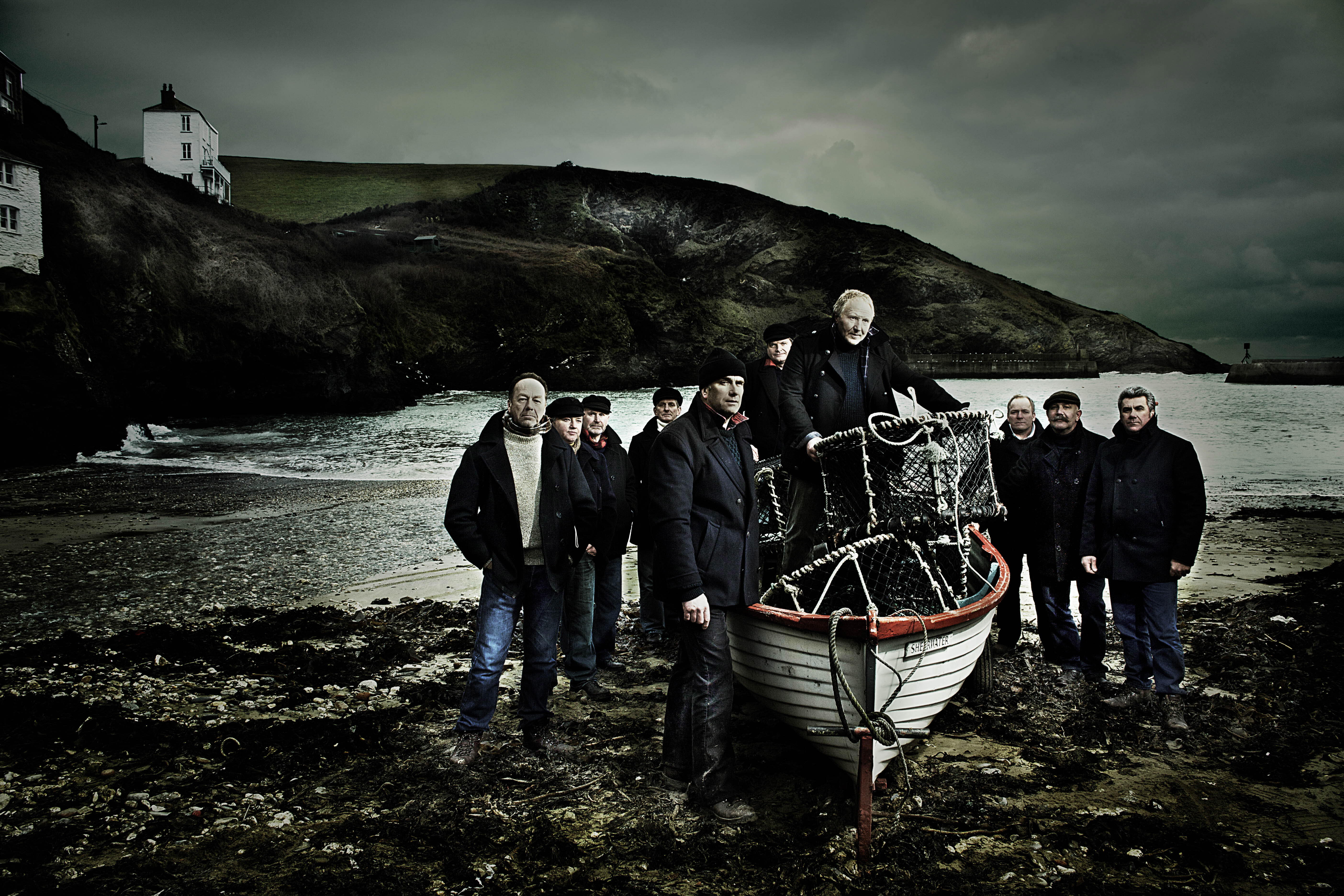 Then music producer Rupert Christie — who has worked with U2 and Coldplay — heard them sing and was sure they could make it big.

The group, Fisherman’s Friends, still thought it was a joke when three major labels fought to sign them, and they could barely stop laughing when a million-pound deal was announced.

The band went on to play Glastonbury, serenaded the royal flotilla at the Queen’s 2012 Diamond Jubilee celebrations, sang for Charles and Camilla and performed at the Royal Festival Hall in London.

Now they are the subject of a British romcom, out today and starring Line Of Duty’s Daniel Mays and War & Peace’s Tuppence Middleton. 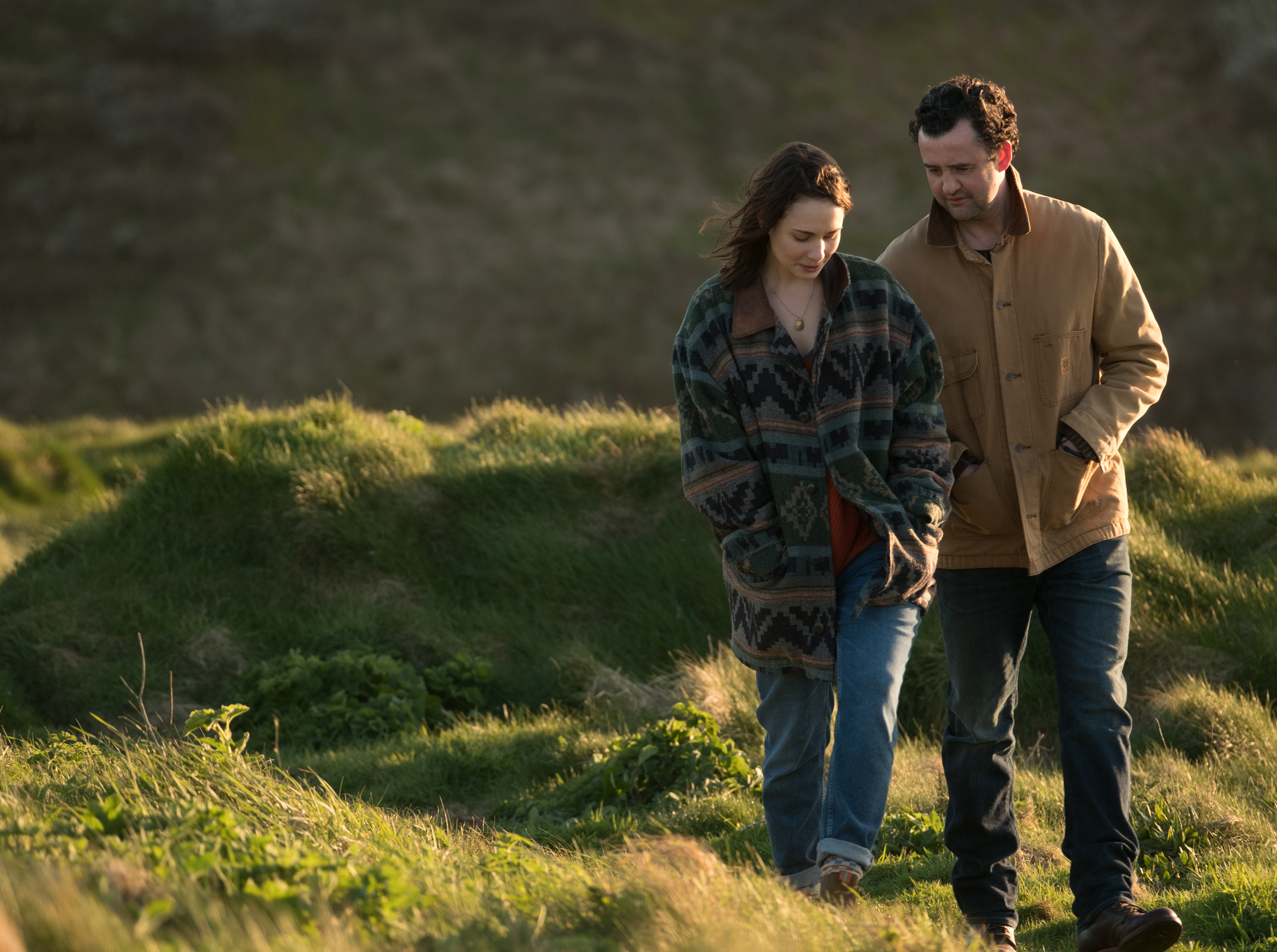 When they visited The Sun’s London Bridge HQ and sang their spine-tingling songs, original members Jeremy Brown and Jon Cleave said they were still amused by their tale.

Jeremy, 58, said: “In the film, the manager goes down and all the actors are in the pub, sat down in the same corner where we sit, and the manager says, ‘I can get you a record deal’.

“Then there’s a pause and we all start laughing — and that’s pretty much how it happened.”

The plot is very loosely based on the rise of the group — but leaves out their story’s one tragic element, in 2013 when two band members were killed in an accident before a gig. 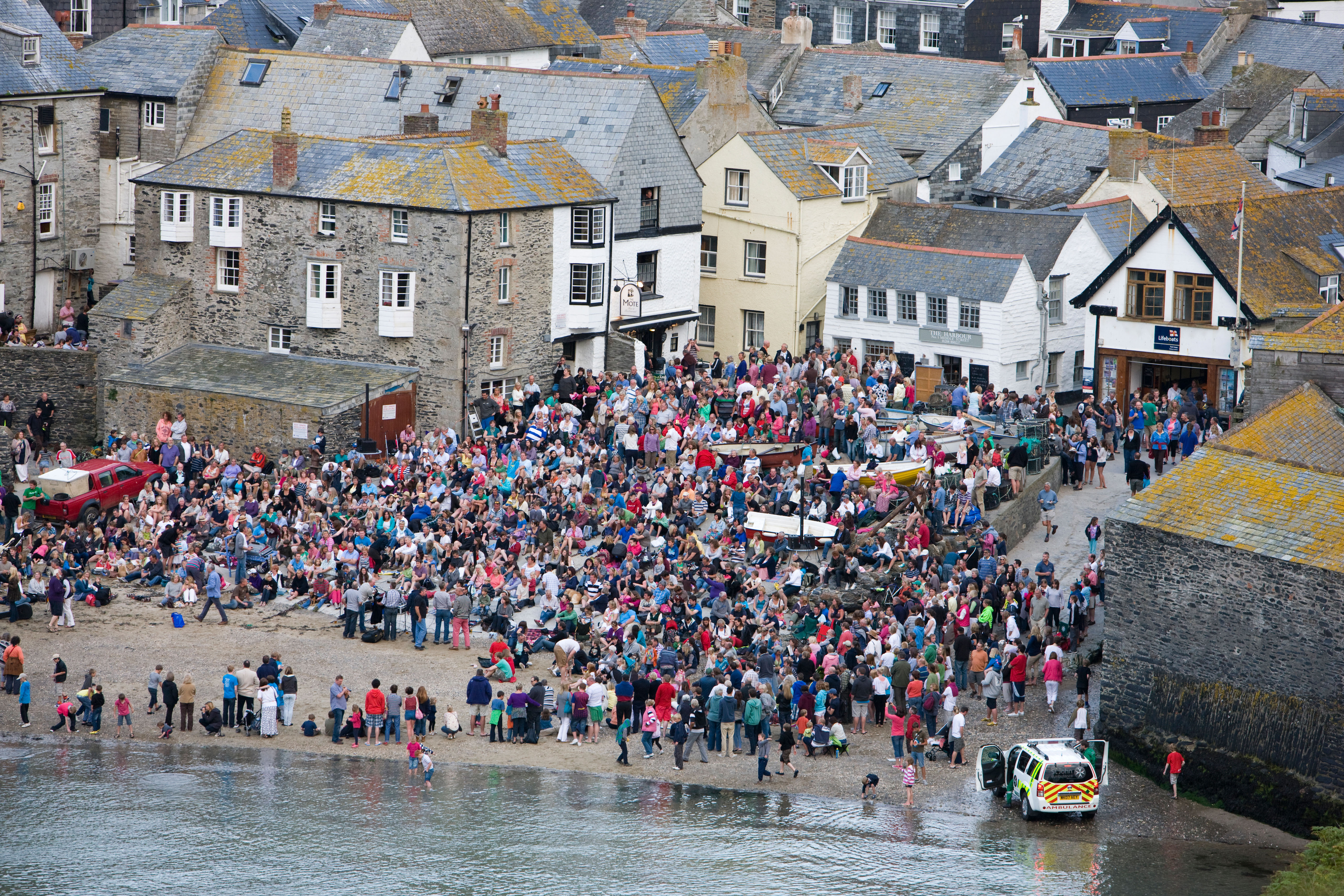 Instead the film adds a romantic plot involving Daniel as a talent spotter — as well as changing all the names of the real characters.

It is, as 59-year-old Jon put it: “A feel-good film in the realm of The Full Monty and Calendar Girls.”

The band formed in 1995 and sang in local pubs, gaining members and support as they went along. Then when Rupert and Radio 2 DJ Johnnie Walker came across their music in 2010, nationwide fame beckoned.

Jeremy recalled: “Johnnie Walker was in Port Isaac and we were having a chat with him and my mate said, ‘He’s going to be famous soon,’ and Johnnie said, ‘How’s that?’ and I said, ‘We’ve got a singing group’.” 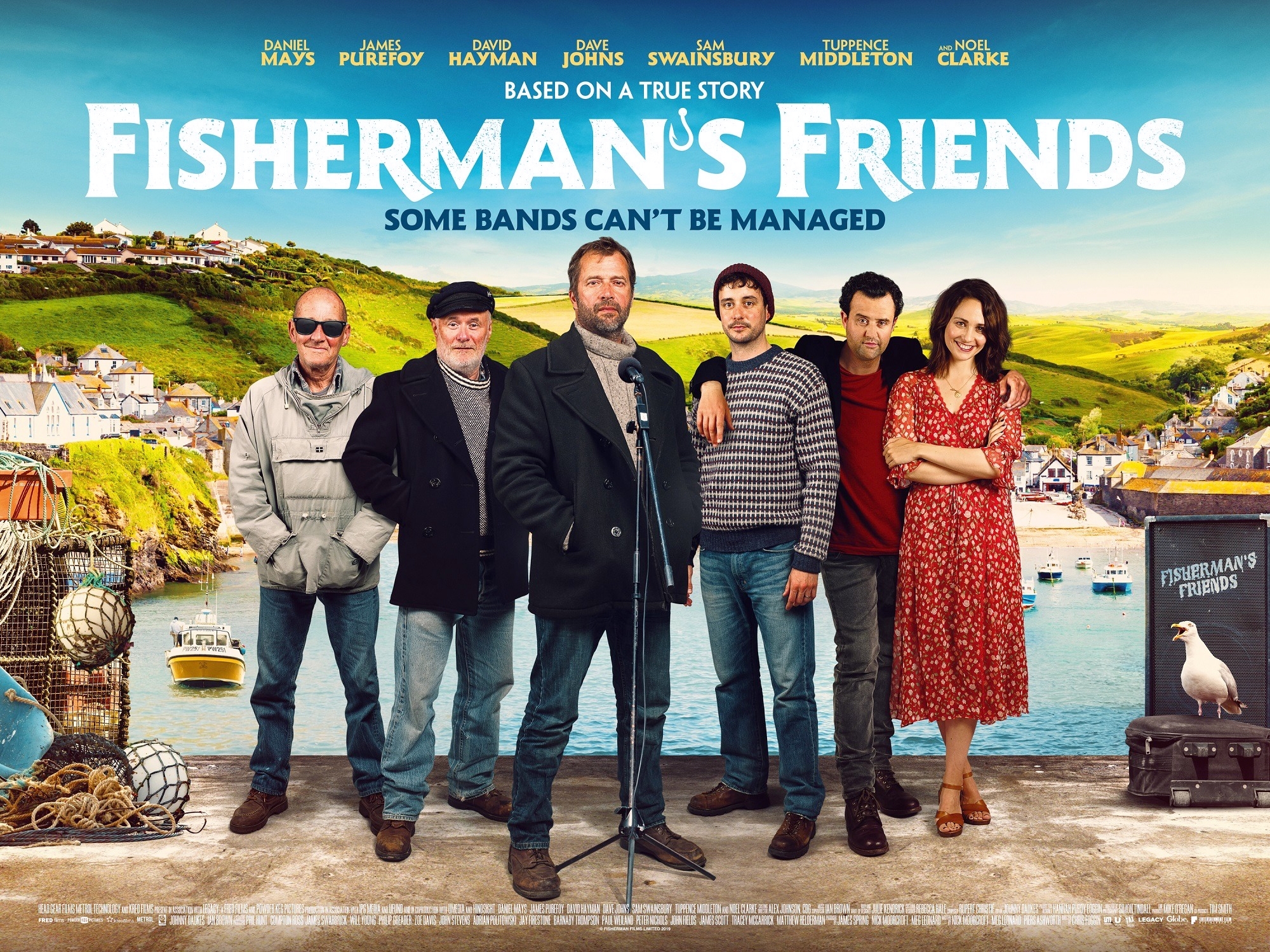 Johnnie put them in touch with his manager, Ian Brown, who headed for Cornwall to hear them sing.

Having become their manager on a handshake, Ian had three potential deals lined up within days.

They went with Universal records, who made a million-pound budget for marketing and recording available to Fisherman’s Friends and hired Rupert to produce the album.

He felt they could score a hit if a few backing instruments were added to the vocals. These days there are two guitarists and an accordion player, supporting the a cappella sound. 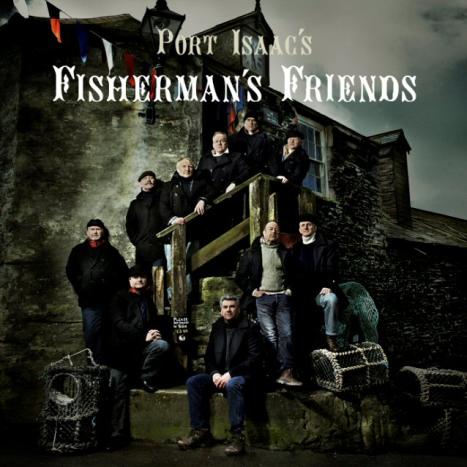 The group’s first Universal album, Port Isaac’s Fisherman’s Friends, was released in 2010 and made the Top Ten, earning a gold disc for sales of 100,000 and sparking a fresh interest in folk music.

But with eight singers to share the earnings, none of them has got rich from fame.

In fact they have all continued with their day jobs. Jon runs a shop and Jeremy is still a fisherman.

He said: “We’re all self-employed, so we wouldn’t want to do any more singing than we do. 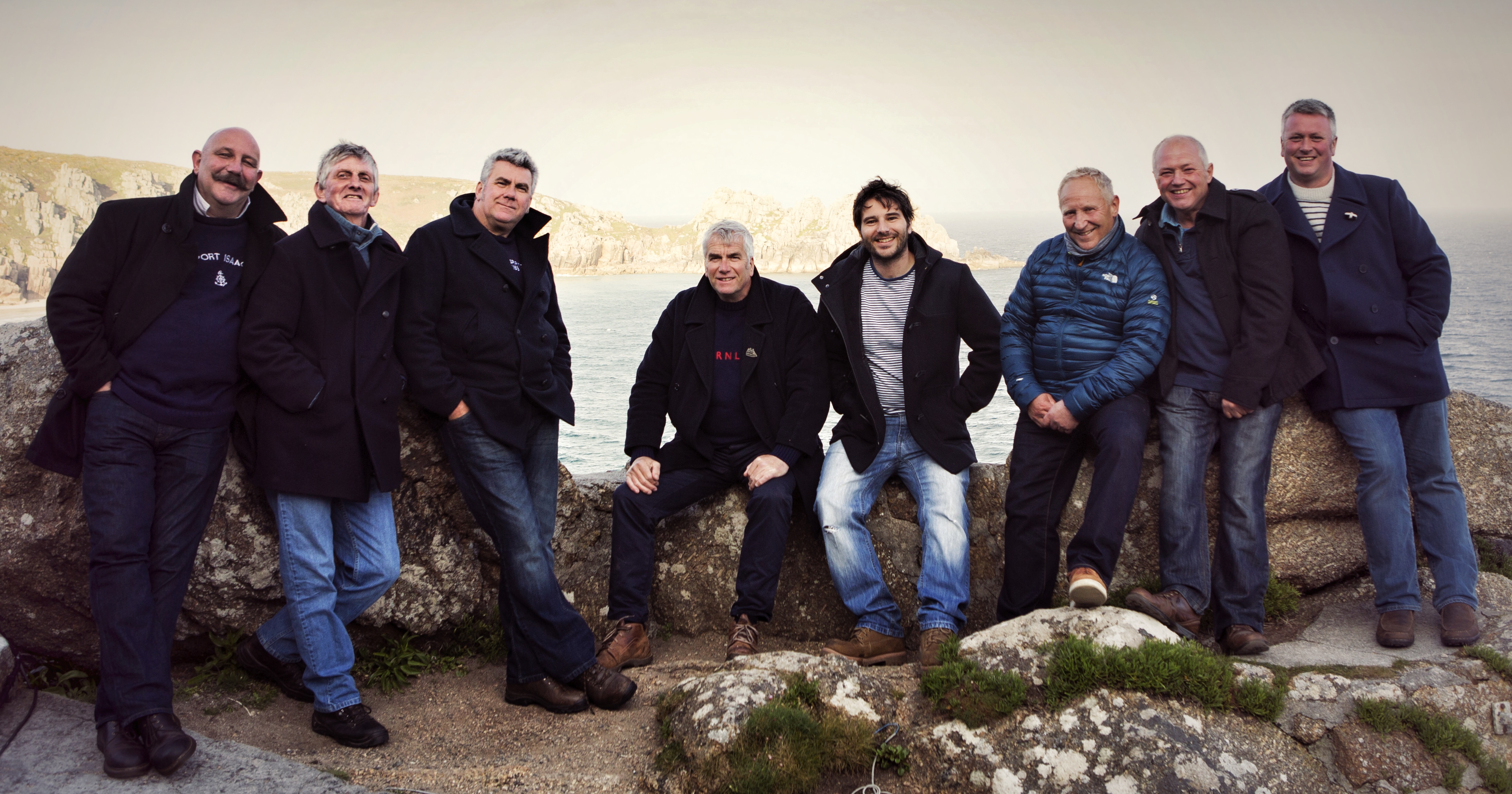 “My brother Julian left the group a few years ago because of the pressure of running about and touring.

“Trying to run a fishing boat and a crew, you rely on good weather, so it’s hard to plan ahead. We’re only out 130-odd days a year, and if you miss four days because of Fisherman’s Friends it affects the whole crew.”

From the other singers Johnny Mac is a builder, Jeremy’s brother John runs fishing tours, Jason Nicholas is a fisherman, Billy Hawkins is a potter, John Lethbridge is a mechanic and Toby Lobb works in television.

Most of the group are in their 60s, and the oldest member Peter Rowe was 77 when they signed their record deal. He retired at 80. 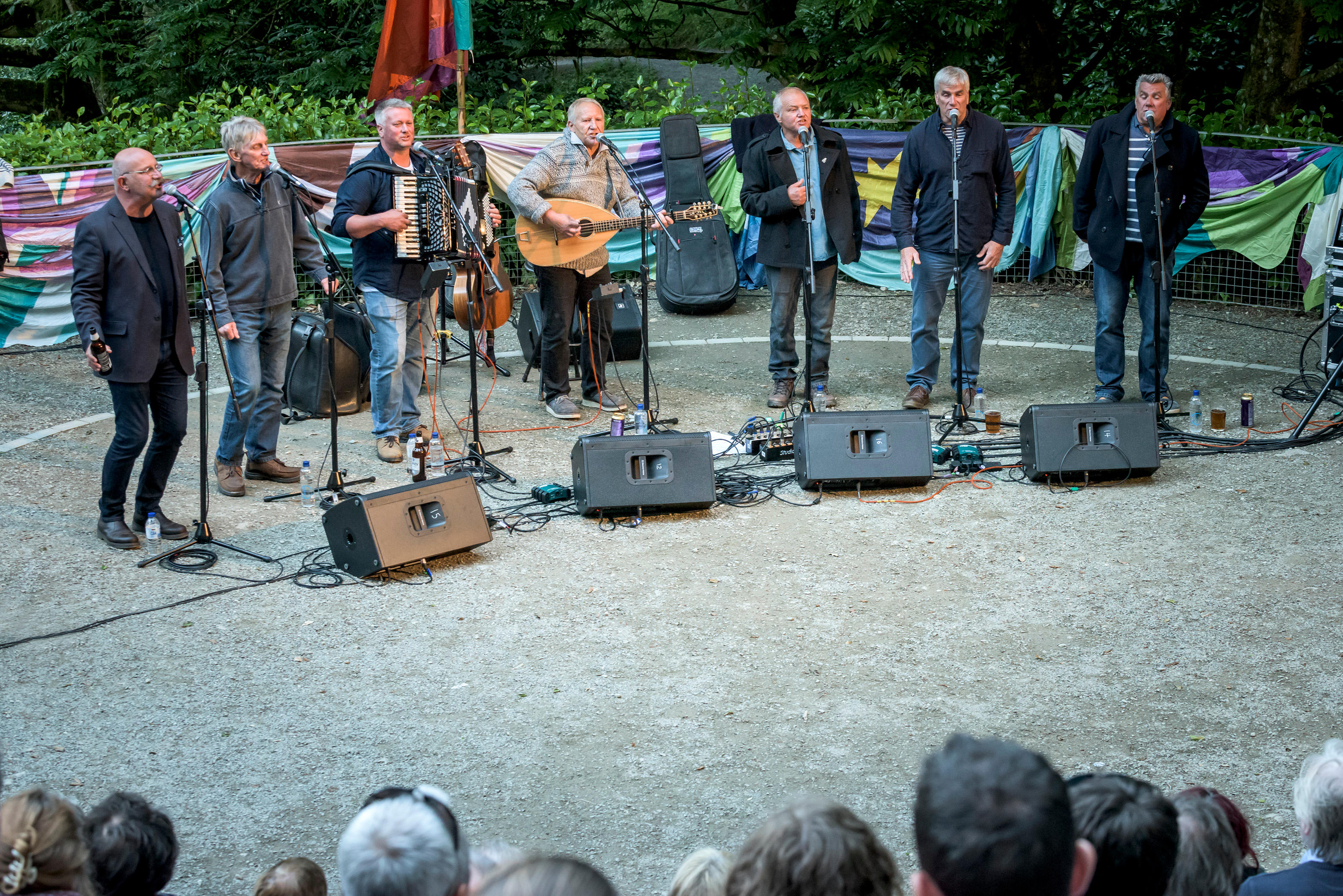 Of the group’s original line-up, three were fishermen, the others either served as coastguards or on the local lifeboat.

But lifeboatman Jeremy admitted: “When I went out, it terrified me. I remember the Fastnet (yacht race) disaster of 1979 when 19 people died and I went out the day after that and I remember cowering in the boat.”

The band, who appear as extras in the film as a pub quiz team, have played the Pyramid stage at Glastonbury and are currently touring the UK.

One of the attractions is the salty language and the banter between songs. Jon, who sports an elegant handlebar moustache, said: “We don’t touch the really filthy ones. You couldn’t sing The Whores Of Baltimore on the stage. 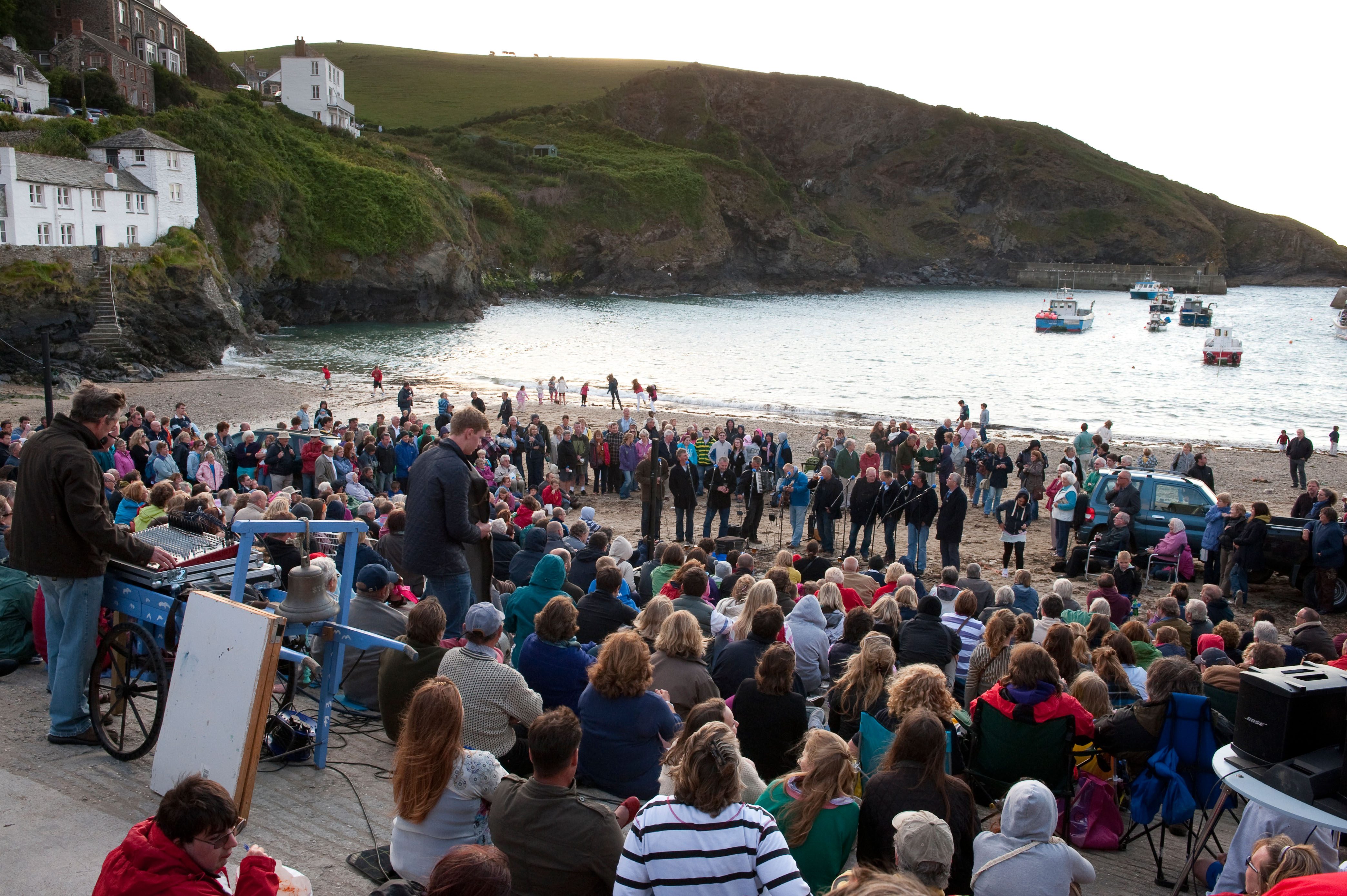 “But there are some saucy songs from sailors.”

While they might not be household names, the group’s fame has spread far enough for them to be spotted while on holiday in Europe.

Jeremy said: “We do get recognised quite randomly, which comes as a shock.”

And Jon said: “I was in Asos in the Greek Islands with the missus. As we arrived and got out of the car, this car coming down the road screeched to a halt and this guy came out and said, ‘You’re from the Fisherman’s Friends, aren’t you?’” 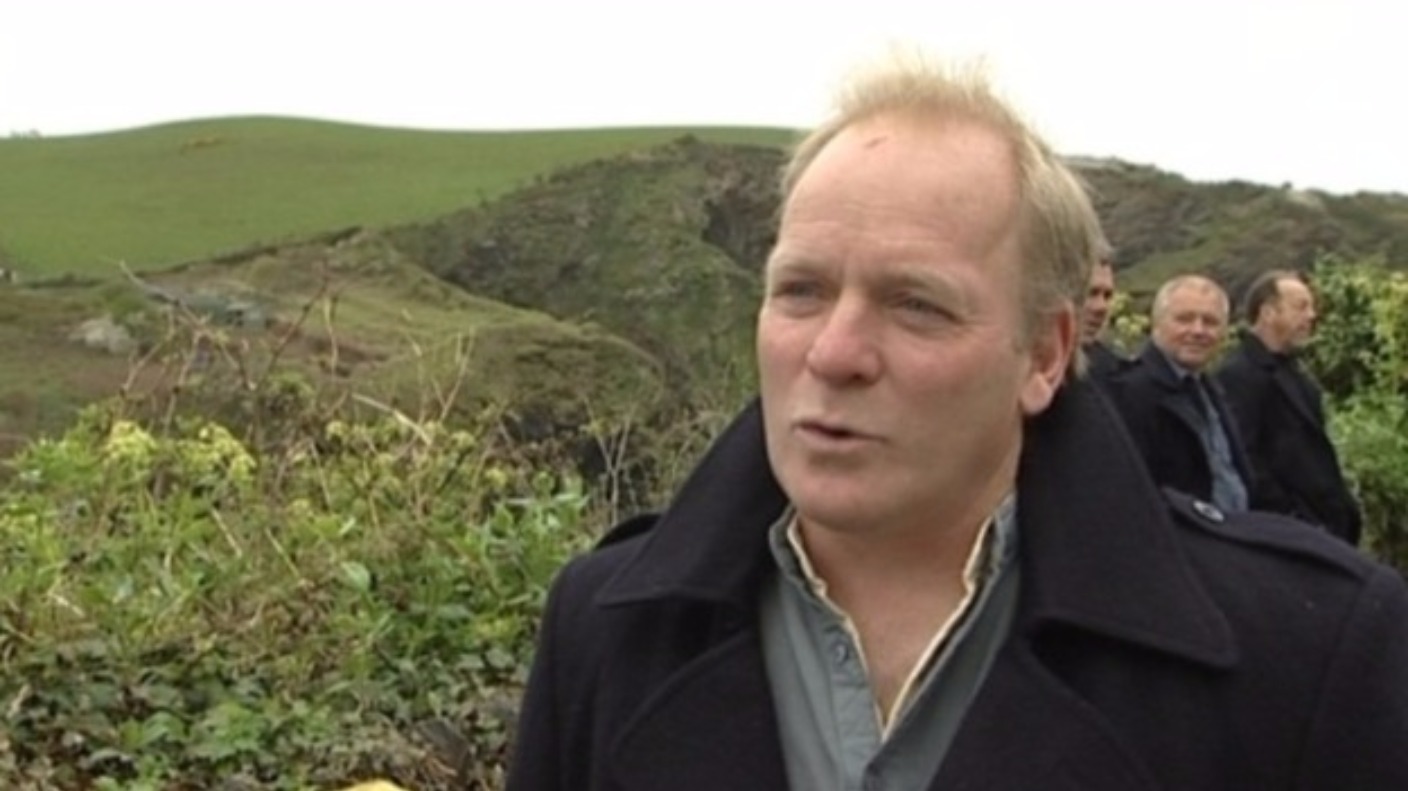 Six years ago the band almost quit for good after Trevor Grills, who formed the group with Jon and Jeremy, and tour manager Paul McMullen were killed as the band prepared to go on stage.

Tenor Trevor and Paul died after a two-tonne steel door fell on both of them at the G Live concert hall in Guildford, Surrey.

The film pays tribute to their memory at the end — but cinema audiences won’t learn of their story in the plot.

After their friends’ deaths the others stopped performing for a year. Jeremy, who knew Trevor well before the group formed, said: “We definitely thought about ending it after the accident. 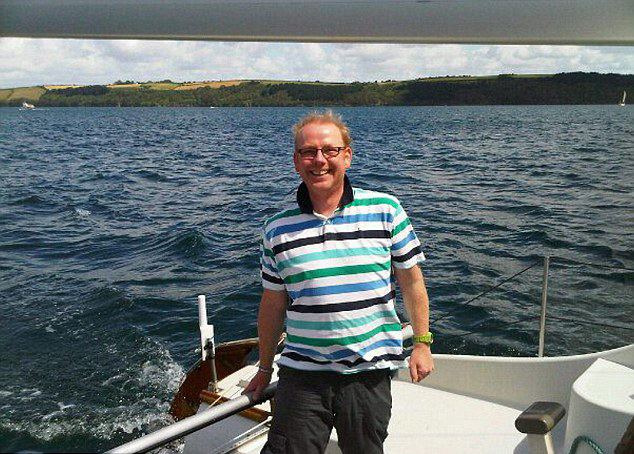 “We’d been very close prior to the accident, it seemed strange to leave it like that, it was unfinished business.”

The boss of the firm that supplied the doors was tried for manslaughter, but acquitted by a jury following a 2016 trial. 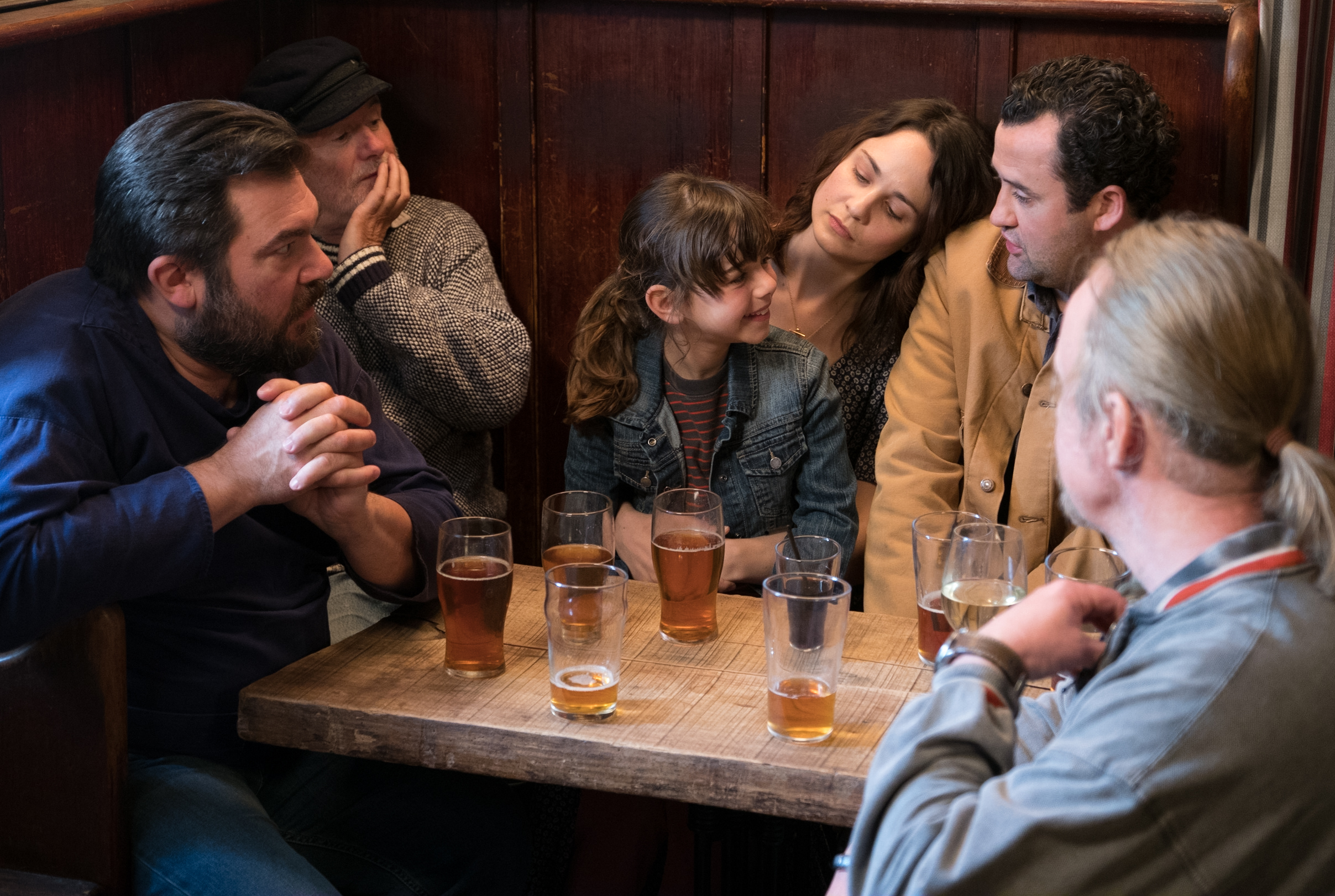 Instead the firm, Express Hi-Fold Doors Ltd, was fined £30,000 after being found guilty of a breach of health and safety laws.

The group will release their sixth album on April 20 with enthusiasm for century-old songs from the sea remaining undimmed.

Jon said: “We are still surprised that people have taken to the sea shanty. The music isn’t very complex, I don’t think we’d be able to handle it otherwise.” 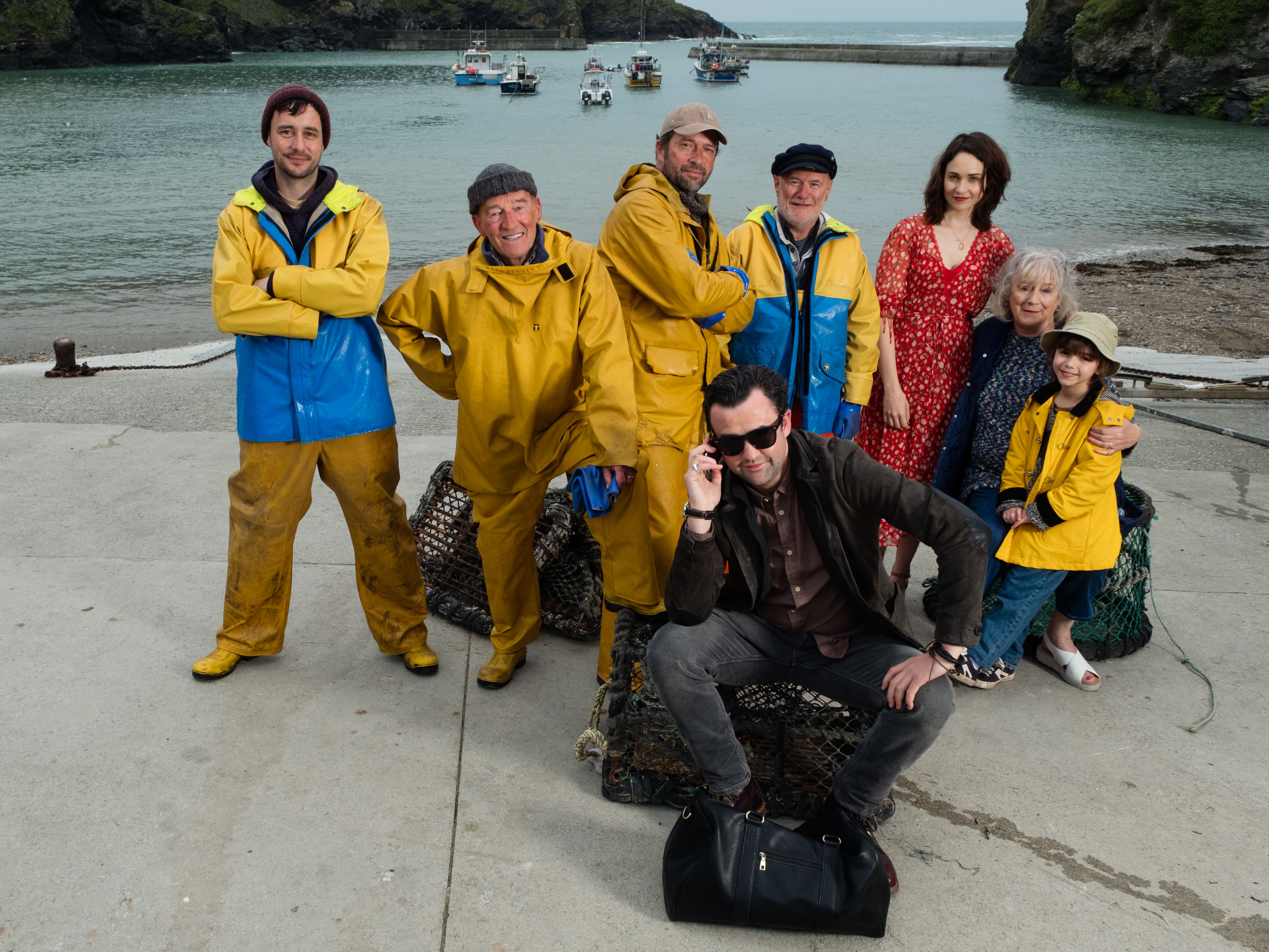