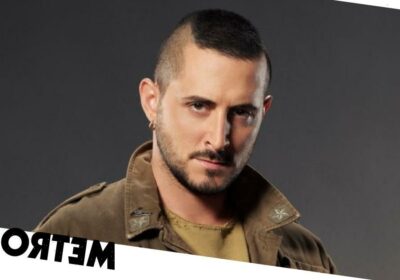 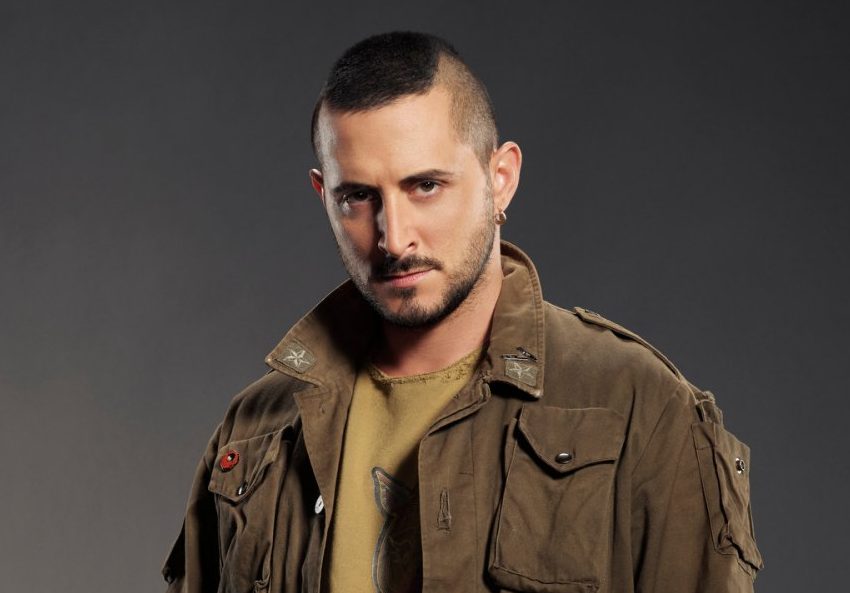 Warning: This story contains spoilers for The Boys season 3, episode 1. You’ve been warned.

The Boys has gone to places no other show could possibly go to and just when you thought it couldn’t get anymore diabolical, then comes season 3 which kicks off with the single most uncomfortable moment yet.

For those yet to watch the moment in question, it takes place 10 minutes into episode one, which finally landed on Amazon Prime Video today.

In it, a supe with the power to shrink gets whisked off into a private room during the premiere of Dawn of The Seven, a new movie obviously starring The Seven, by a guy with a fetish for tiny men who can fit anywhere. Can you see where we’re going?

Well, said guy gets a lot more than he bargained for.

When the miniature supe turns on his powers, he does as he’s told and crawls into his lover’s penis having a whale of a time, making his way to the prostate.

And then… he sneezes, causing the guy to blow up from the inside.

Frenchie and Kimiko burst through the doors to find the remains of said dude all over the floor, and try to capture the bug-sized supe before he can do the same to Frenchie.

Honestly, even writing about it now makes me want to wear a cup.

So yeah, The Boys is back and way more wild than ever before, if you thought that was possible.

Metro.co.uk sat down with creator Eric Kripke as well as Frenchie and Kimiko stars Tomer Capone and Karen Fukuhara to talk us through what the hell we just witnessed.

‘Originally it just evolved in the writer’s room,’ said Kripke.

‘We needed Frenchie and Kimiko to fight a superhero, but we hadn’t stopped to think about which one and so we’re going through like, “Okay, where are the big ones that we haven’t done yet?” And some one said, “Well, we’ve haven’t Ant Man, and you’re like, “Oh, you’re right.”

‘And then at the time, there was that ongoing meme of, “why doesn’t that man just crawl up Thanos’ butt [in End Game]?”’

‘It’s so funny when like someone pitches an ass explosion and the other person was like, “done that”

‘And so then it became, “Well, he should call up his butt and explode him.” But then someone said, “Isn’t that a little too similar to what we did to Translucent?”

‘It’s so funny when like someone pitches an ass explosion and the other person was like, “done that.”

‘So then someone said, “Well, then it means he has to he has to crawl up his penis.”

‘Everyone had the same vitriol reaction.’

Unsurprisingly, actually putting the scene together wasn’t easy – or cheap.

‘We had to build that penis,’ Kripke continued. ‘It was amazing. It’s 11 feet tall and 30 feet long, it’s just this massive, massive penis that he really went inside, inside the urethra.

Sadly, what is surely the greatest prop of all time had to be destroyed because, obviously, who can take it home?

‘I did ask my wife,’ Kripke laughed.

But for Capone, he was genuinley petrified.

‘I remember coming into the room and they’re like, “I’m opening the ruins.”

‘So it was set up that the room was, you know, and I remember just taking it all in and feeling very scared for men – specifically.

And she was not wrong.

What’s more, it sounds like there might be something even more alarming on its way in season three as, unbelievably, for the first time, Amazon Prime Video insisted an upcoming episode is slapped with a warning.

The Boys season 3 episodes will be available to stream weekly on Amazon Prime Video.