The Morning Watch: 'WandaVision' Hints About How Vision Is Alive, 2020 Directors Roundtable & More 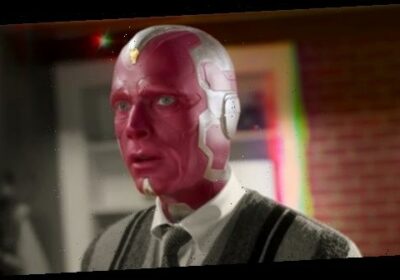 In this edition, take a closer look at some of the hints about how Vision has returned in Marvel’s new series WandaVision. Plus, The Hollywood Reporter hosts a virtual directors roundtable with filmmakers Spike Lee, Regina King, Lee Isaac Chung, George Clooney, and more. And finally, go behind the scenes of the first season of the Netflix period romance series Bridgerton.

First up, WandaVision brings back Wanda Maximoff and Vision in a series of classic sitcom episodes that are slowing falling apart due to some kind of underlying mystery. But perhaps the biggest mystery is how exactly Vision is alive after being killed twice in Avengers: Infinity War. This video from ScreenCrush attempts to dive into hints as to how he’s (seemingly) alive by looking at the first couple episodes.

Finally, BAFTA takes us behind the scenes of the first season of Netflix’s period romance series Bridgerton. See the intricate sets, get a closer look at the fancy wardrobe, and listen to the cast and creators talk about the creation of this hybrid of Gossip Girl meets Downton Abbey, but with a lot more sex scenes that aren’t restricted by television censors.