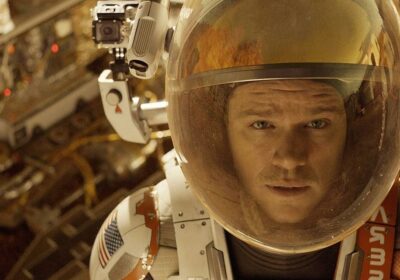 Ridley Scott’s acclaimed sci-fi film The Martian asked the big questions: What would it take for NASA to rescue an astronaut who got left behind on Mars? How would a man realistically survive on a barren planet given limited resources and a bunch of potatoes? And why can Aquaman control whales? But one big question might have changed the movie completely: what if Channing Tatum was cast in the lead role instead of Matt Damon? It sounds like a random hypothetical, but according to The Martian author Andy Weir, it could’ve happened.

In an interview with CinemaBlend, Weir, who wrote the 2011 novel upon which The Martin is based, revealed that Channing Tatum almost got cast in the lead role of Mark Watney, the botanist who was left behind on Mars. And the 22 Jump Street would have gotten the part (though maybe not the Oscar nomination) if studio 20th Century Fox had gotten their way.

“Well, when Matt Damon threw his hat in the ring, we were like, ‘Oh hell yeah.’ Bear in mind, in The Martian I had no say whatsoever. My only job was to cash the check. The producers and Ridley were like, ‘Oh hell yeah. That works.’ But the studio was really pushing to have Channing Tatum play the lead. And I was like, ‘I don’t see that. He’s an absolutely gorgeous man, but I don’t see him being this really really smart guy.’”

Weir continued, “I’m sure the real Channing Tatum is plenty intelligent, but that’s not the kind of character he usually plays. He usually plays either a guy who’s gorgeous, or a guy who’s a badass, or both. But yeah, we got Matt, and Matt did such a fantastic job. He nailed it.”

While it stings a little that Tatum isn’t seen as being able to play intelligent, Weir is right. Tatum has proven himself a much more adept and self-aware comedic actor than his early-career hunky heartthrob roles had led people to believe, but it’s hard to imagine him convincingly playing a scientist. He would bring a different energy than Damon did — much more dopey strongman than Damon’s sardonic survivalist. And while Damon is admittedly a lot more Hollywood handsome than many real-life scientists, he’s got a kind of cool intelligence to his persona that made The Martian such a success.

Still, it’s fun to imagine what could’ve been. Would Tatum have landed an Oscar nomination for his role? Would he have given a big middle finger to detractors who didn’t think he could play intelligent? Maybe in another timeline.